SuperMassive eSports recently secured its spot in the Turkish Champions League. They placed third in the regular Winter Season but bested Beşiktaş.Oyun Hizmetleri for the top spot in the playoffs and won the ticket to the 2016 International Wildcard Invitational and the opportunity to take the spot representing the Wildcard region in the Mid-Season Invitational in Shanghai.

Despite some unfortunate but entertaining missteps — a support Elise — SuperMassive dominated the IWCI, defeating Hard Random in the Finals. For the international scene, not much is known about SuperMassive, apart from Mustafa Kemal “Dumbledoge” Gökseloğlu who is better known as the Faker killing support. Due to this, there is a bit of hype from those who remember Dumbledoge’s previous feat.

The real question might be does SuperMassive have what it takes to succeed against the bigger and largely more well funded regions of the world at the 2016 MSI?

So, who is Supermassive? 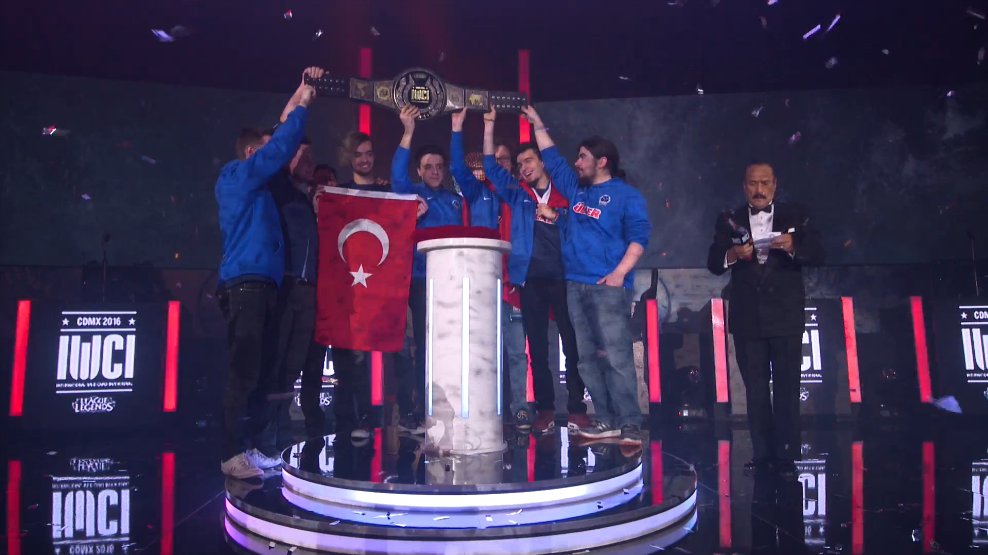 The Top lane is shared by two players. Asım Cihat “fabFabulous” Karakaya was previously the coach of SuperMassive but now works with Berke “Thaldrin” Demir for a strategic advantage in the Top lane. fabFabulous has a long history in the Turkish scene, having gone to most of the IWCI events since 2013. One of his most notable plays was in season 3 against paiN Gaming he got a pentakill on Kha’Zix.

Thaldrin is a stronghold in the toplane. Along with Dumbledoge, this is his second trip to MSI. They didn’t find much international success in 2015 as Beşiktaş e-Sports Club but with the new dynamic of the team. The meta seems to favor Thaldrin going into Shanghai.

Furkan “Stomaged” Güngör reigns in the jungle for Supermassive, maintaining a strong and reliable backbone for the team more often than not. He was previously a Top laner but the Jungle role seems to suit him more than well.

In the Mid lane, Koray “Naru” Bıçak is a main carry for SuperMassive. He’s often known for being egotistical but if he keeps that in check he is more than capable of standing up to his counterparts from around the world.

The Danish AD Carry, Nicolaj “Achuu” Ellesgaard has jumped from team to team without much success until joining SuperMassive in 2016. Since then he’s shown growth as a player. During the IWCI, he favored Ezreal, Lucian and Kalista in most of his games.

Last but not least, Dumbledoge despite pulling out the Elise support more than few times was the keystone for SuperMassive’s success at the 2016 IWCI and will likely be the player to watch for the IWC region at MSI. He’s most remembered for securing first blood and a kill on Faker last year on Janna. He is certainly the player from SuperMassive to watch out for the most in Shanghai!

SuperMassive certainly have a hard road in front of them and many obstacles to sucess if they want to win 2016 MSI but with their penchant for teamwork and putting resources where they’re needed they have a shot. One shouldn’t count them out!