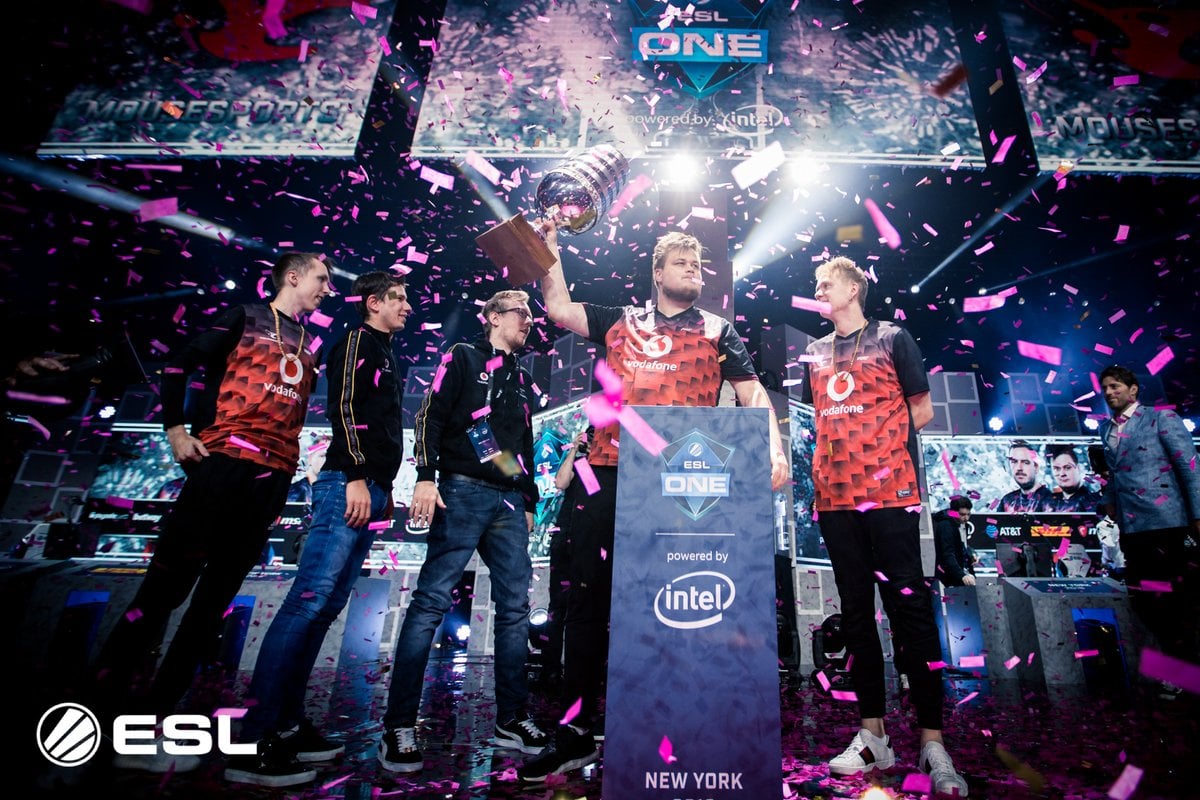 Mousesports are the champions of ESL One New York 2018.

After five days of competition in the Barclays Center, Mouz are the newest international title winners in Counter-Strike: Global Offensive. They defeated Team Liquid in an intense best-of-five grand finals.

Related: Mouz and Liquid to face off in the ESL One New York grand finals

Map one, Cache, was a back-and-forth battle between both sides as one never let the momentum continue for the other. The score after the second pistol round was 10-8 in favor of Liquid, and rounds were still being traded up until Mouz found their footing on the CT side. Economic struggles for the NA juggernaut contributed to Mouz taking map one 16-12. Despite Russel “Twistzz” Van Dulken’s 28 kill server top frag, the Mouz trio of Tomas “oskar” Statsny, Miikka “suNny” Kemppi, and Janusz “Snax” Pogorzelski powered three successful retakes to end the map.

Liquid’s CT side on Nuke earned them a comfortable lead at the half, and Nick “nitr0” Cannella redeemed himself with the AWP after a weak performance on Cache. After winning the second pistol thanks to nitr0’s heroic one-vs-two post-plant clutch, Liquid executed their way to a win at 16-7. Nitr0 had the highest HLTV 2.0 rating at 1.92 on Nuke as well as the most frags at 26.

Liquid then kicked off Inferno with a swift 7-1 T side lead, but Mouz answered back with five defensive rounds of their own to stay in the game. The North Americans ended the half on top at 9-6, lost the second pistol, and went on a tear after winning the subsequent force buy. Keith “NAF” Markovic served Mouz with a spicy one-vs-two clutch, and a side of BM (shooting bodies), to earn Liquid map point at 15-7. Inferno eventually ended at 16-10 after Liquid won a full retake.

The final map of the series was Dust II, where Liquid dominated the European side for most of the game. After giving up only four retakes in the first half, Liquid struggled to reach game point while Mouz took control of round pacing with good openers and executes. An AWP clutch from Epitacio “TACO” de Melo slowed down the Mouz comeback, but the game continued until round 30 because of Liquid’s poor economy. The series went into overtime following a trade of rounds on the A site, and Mouz forced map five with a 19-17 scoreline.

Liquid won the first pistol round of the decider, Mirage, but Mouz didn’t take their foot off of the gas following their map four win. The Europeans kept Liquid to one buy round win before halftime. Anti-eco losses crippled Liquid’s economy, allowing Mouz to stunt the North American offense in the second half. An insane ace from Chris “chrisJ” de Jong gave Mouz map point, and Mouz won the following round to complete the comeback, closing out the series 3-2 at a 16-8 score.

This tournament win marks Mouz’s return to the top after months of struggles and subpar performances, especially at the FACEIT London Major last weekend where they came in last. Their title win at ESL One New York is their second of the year, since the last time they won was at StarLadder Season Four in February. Back then, they still had Martin “STYKO” Styk, but it’s now a totally different era for Mouz since they have Snax in their arsenal.