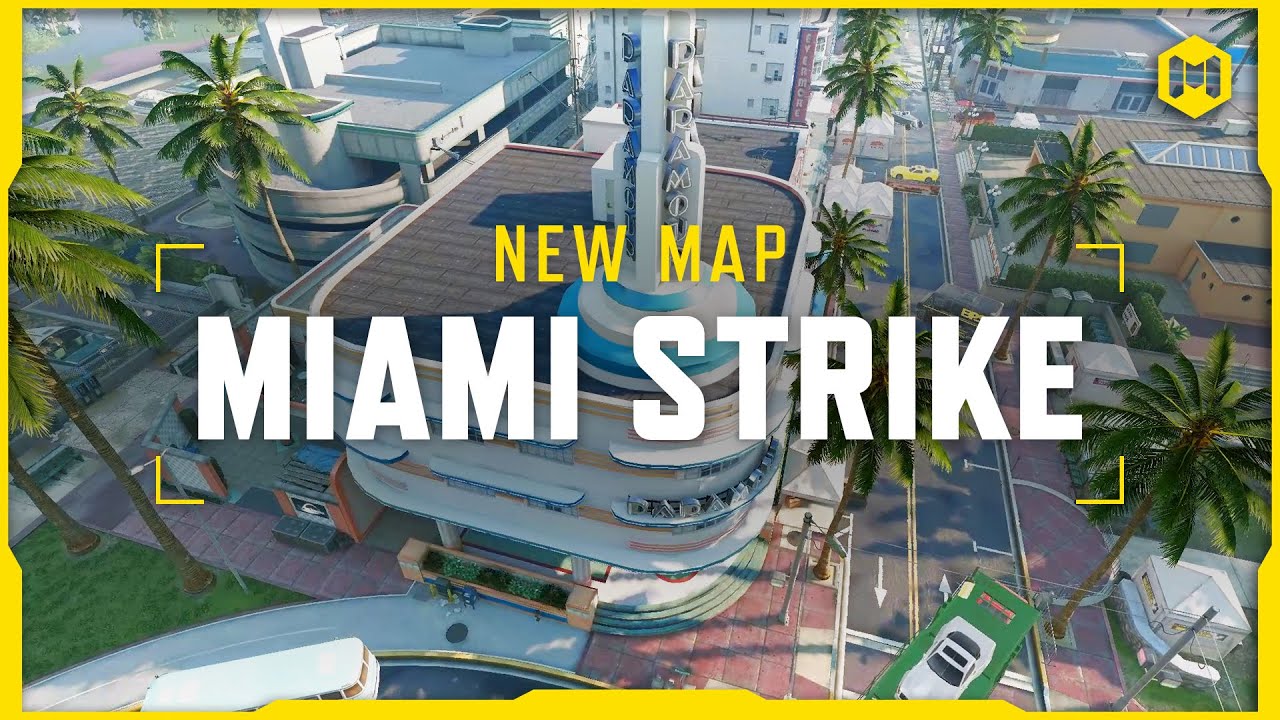 Call of Duty: Mobile’s season three is just days away, and now, players can get a first look at the upcoming Miami Strike map.

Miami Strike will be released in CoD: Mobile alongside season three, which will begin on March 30 at 7pm CT. The map is a smaller iteration of the original Miami first seen in Black Ops Cold War. A look at its introduction video shows that it’s almost identical to the one in Cold War.

Unlike the original Miami, this map will offer players more close-quarter engagements and fast-paced action. Besides this, the new season, called Radical Raid, is also bringing a weapon, battle pass, Ranked Series, and many optimizations. These optimizations were recently revealed by Activision in a separate video. The visual performance, practice range, HUD, and more are getting updated.

The new weapon coming to CoD: Mobile is the MAC-10 SMG. This can be unlocked at tier 21 of the free battle pass. The weapon has a high fire rate and excels in close-range combat. It could prove to be a good gun on the Miami Strike map.

A new Reactor Core Operator Skill is also being released this season, which will be available at tier 14 of the battle pass. Exact details about this operator skill haven’t been revealed yet, though. Based on gameplay footage from the Chinese version of CoD: Mobile, it will generate an area around the player and enemies who come inside it will take heavy damage.