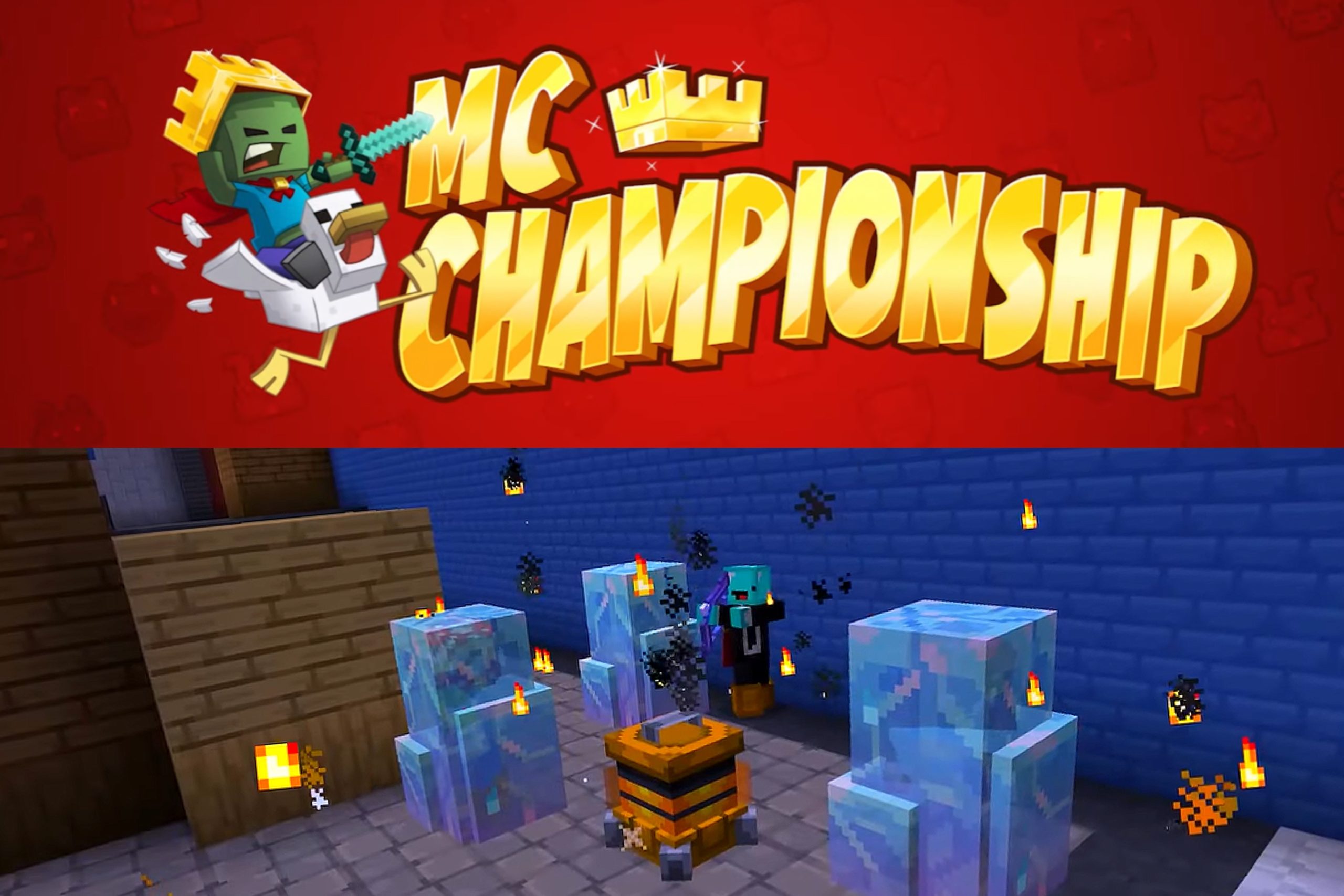 The arrival of the 22nd installment of the Minecraft Championships (MCC) has introduced a brand new game to the roster. This brand new mini-game called Meltdown is a fast-paced, teamwork-centric, action-packed, battle royale that takes place over three rounds.

The introduction of a new MCC game means a new set of rules, a new means of scoring, and a new gameplay style for all future MCC’s that run Meltdown as one of the mini-games. A complete breakdown of all there is to know about Meltdown is as follows.

Those familiar with other MCC games wondering if it has any similarities to games they already know are in luck as Meltdown shares a similar format to Survival Games. All 10 teams are loaded into one giant, grid-like laboratory map and share the same goal; they want to be the last team standing with the most points gained. While the ultimate goal of Meltdown is exactly the same as Survival Games, everything else about it is drastically new and different.

Meltdown has three individual rounds, similar to Sky Battle, which means teams will have three opportunities to score big. Players will need to traverse the laboratory carefully while seeking out coin crates and opposing teams. Each player is equipped with a map of the laboratory and all its rooms, a bow with frost technology, and a heater.

To score in Meltdown players must successfully eliminate opposing players or collect coin crates that are scattered around the map. Collecting coin crates is pretty straightforward, but eliminating players is another story entirely.

The most rewarding coin crates are located towards the center of the Meltdown map. Because all teams share the same goal of heading towards the center for these crates, teams will naturally clash and fight over the most lucrative crates. Some crates will also be protected by barriers for a period of time before unlocking and granting players access to collect them.

To eliminate players, teams must use their frost bows to freeze opponents. A player who successfully freezes another player gains coins immediately. When frozen, players are unable to move or do anything and will eventually melt and be kicked out of that round.

However, each player also has their own heater that they can place near their frozen teammates to prevent them from melting and fully revive them if successful. Heaters take time but will work to slowly heat and unfreeze any frozen players on your team and within a four-block radius of it. If a team successfully unfreezes their teammates, any coins other players gained from originally freezing those players are lost.

Opposing teams cannot shoot heaters to break them, but they can run up to them and punch them to prevent other teams from reviving their teammates. This is the only way players can help to secure the coins they originally gained for freezing an enemy.

Everything is having a meltdown

As the name of the game implies, Meltdown is all about a meltdown. In addition to players needing to freeze their enemies and unfreeze their teammates before they meltdown, the whole of the laboratory map is also in a state of meltdown.

Over the course of every round, each of the laboratory rooms will slowly disintegrate through different stages of meltdown. Players can refer to the color of a room on their map to see what stage of meltdown that room is in. The darker the color, the closer the room is to total disintegration.

If players are still in a room when the room is about to collapse entirely, a loud warning will alert them to get out before it is too late to do so. The longer teams stay in the room after hearing the warning the more dangerous the room will become.

Overall, the 10 teams are navigating a meltdown in every sense of the word throughout the duration of this game with little breathing room, lots of danger, and intense action.

The first run of Meltdown will likely air during MCC 22 on May 28 at 2pm CT, although it is always possible the 10 teams could choose to skip it in favor of a game they already know.