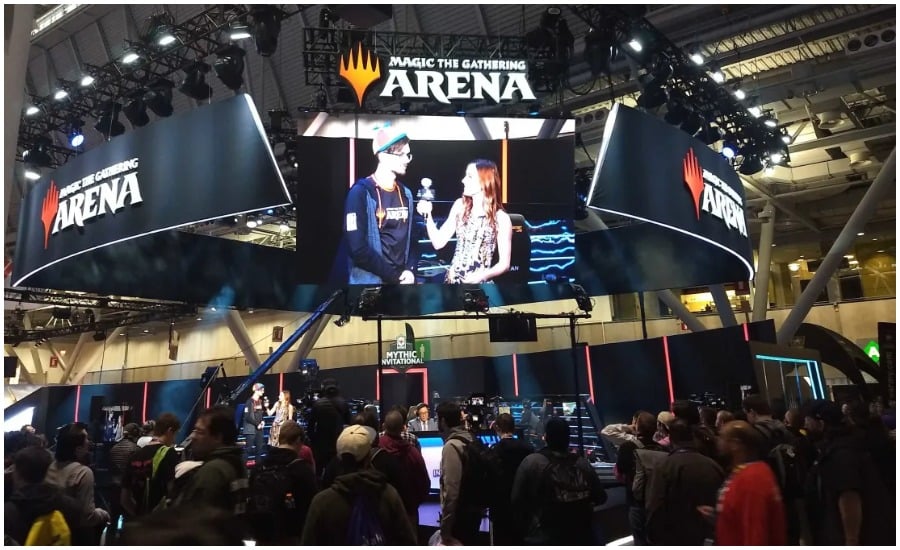 Image via Wizards of the Coast Magic: The Gathering and Kotaku

Wizards of the Coast is continuing to drive Magic: The Gathering sales upward, which is, in turn, helping boost Hasbro’s quarter one profits, according to Brian Goldner, Hasbro Chairman, and CEO.

Holdner had plenty of good news regarding an increase in interest and profits with both MTG tabletop and MTG Arena in a financial results conference call earlier today. He also boasted about the increase in visibility via Twitch and the first Magic: The Gathering Mythic Invitational.

“Engagement with Magic: The Gathering is growing–in both digital gaming and analog tabletop,” Goldner said in the call. “In-store player growth increased double digits, and grew at an even higher rate for new players.”

Goldner hinted that MTG Arena has sparked a new interest in the game, resulting in an increase of new and returning players. He also gave credit to the Mythic Invitational for driving interest towards tabletop, tournament play in LGS, MagicFest, and MTG Arena.

“Magic: The Gathering Arena is performing well, with over 700 million games played to date during the open beta with the average player spending eight hours per week in the game,” Brian Goldner said.

While many MTG Arena fans are awaiting a mobile version, no mention of it was made during the call.

MTG War of the Spark is set to pre-release April 27 in conjunction with the second Magic: The Gathering Mythic Championship being held in London.