Skip to content
Earlier today, ESL, one of the oldest names in western eSports, announced that they would be organizing a Mortal Kombat pro league.

A laneswap is the situation where the support and the adc, usually sent to the bottom lane, are sent top lane instead and the toplaner joins the jungler to share some experience and gold.

Why would a team do a laneswap?

If your team is in one of these four situations, you can execute a laneswap, yet everyone has to stick to the laneswap plan to make it worthy.
We assume that we start the laneswap.

What does the toplaner do?

Image rights to Ivan “Mushy” Prats
Note: If you’re red team, you do exactly the same but mirrored.

Case scenario 1: The enemy team is good and realizes we are doing a laneswap.
What will happen in this case is that the support will leave the adc solo in the lane and invade the jungle to spot the toplaner and jungler making a camp. He will firstly check the gromp/golem then rotate to blue/red and finally check the wolves/raptors.
If you want to play it safe, you should start red/blue then rotate to the top side of the jungle if the support keeps annoying, if he leaves you can do raptors/wolves.

Case scenario 2: The enemy team is not good and has no idea of what is going on.
The support and adc might start on a camp, or go straight to the lane and wonder where we are. In this case you can just do the greedy path and start golems/gromp, then rotate red/blue, and finish with raptors/wolves before you (the toplaner) head top to help your support and carry to get the tower.

What does the jungler do?

Image rights to Ivan “Mushy” Prats
Note: If you’re red team you do exactly the same but mirrored.

As explained with the two case scenarios, the jungler does the same as the toplaner until you rotate to the top side of the map. The toplaner will go top straight, you (the jungler) head to the blue/red and get it before heading top, you can also get scuttler crab if your clear speed was fast.

What does the support do? 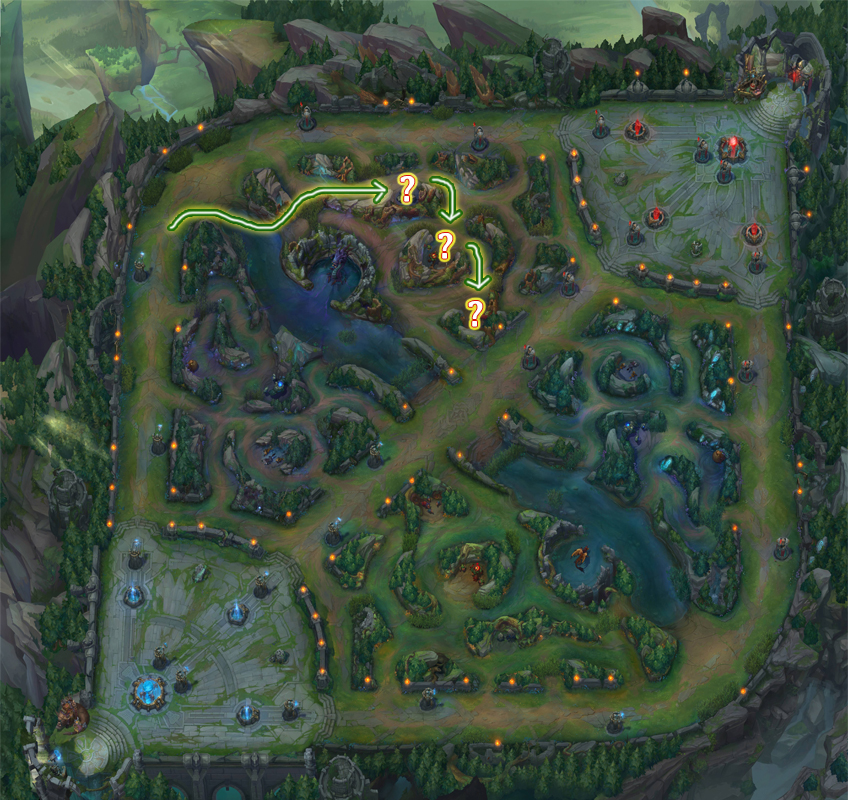 Image rights to Ivan “Mushy” Prats
Note: If you’re red team you do exactly the same but mirrored.

In this situation, our support has the advantage because he will know that the jungler and top are there, but they will not expect that the support enters the jungle. You just have to be an annoyance for their jungle clear speed, and if possible, make them stop doing the camp and kick them out of the jungle.

Note that champions like Janna are not the idoneous to do that, because she lacks damage or strong cc; if you have something like a Braum, a Bard, or a strong level 1 support, you can do this task better.

What does the adc do?

He has to stack two waves of three to five minions on the tower by minute 3:30.
To do this, he has to pull caster minions aggro for around 5 seconds then let them attack your melees, this way you will have your melees healthy to hold the lane longer, and it will eventually make you have +1 melee minion when the next wave comes. 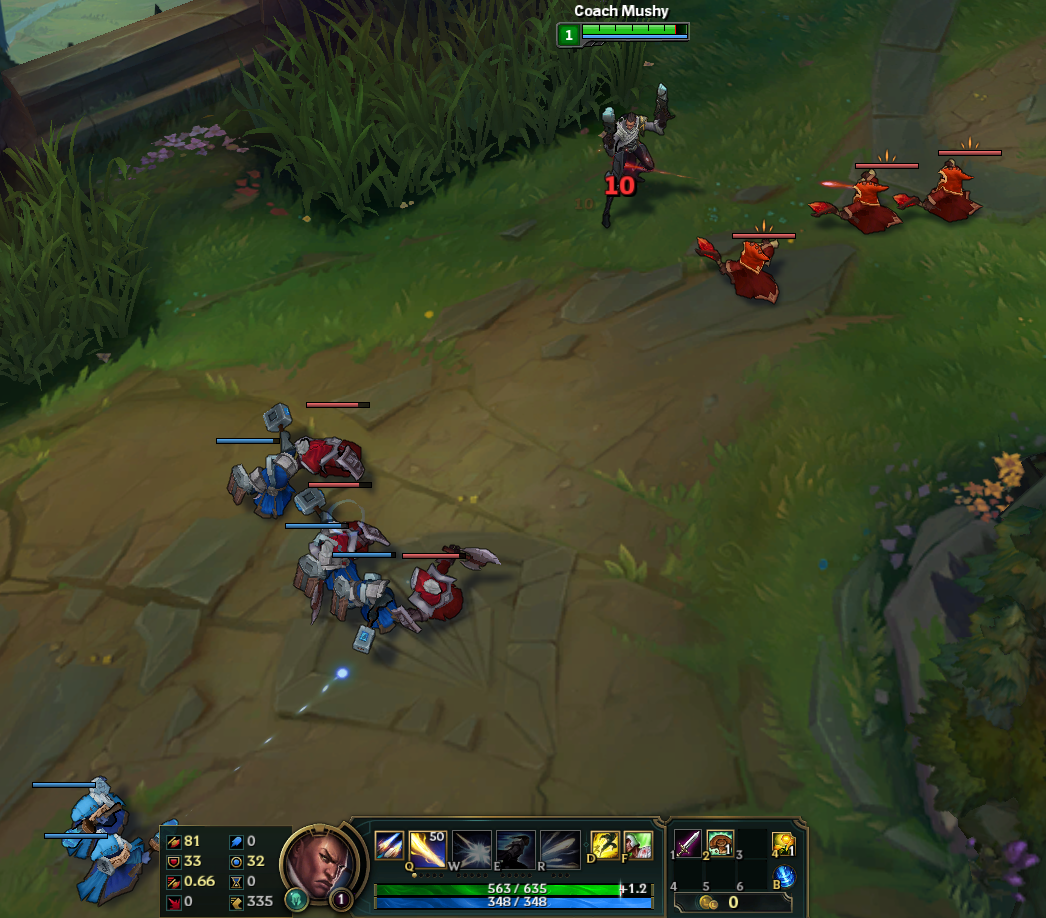 This effect will make your wave start stacking towards the enemy tower, but slowly, you will reach the enemy tower by minute 3:00 – 3:30 with a healthy cannon minion in your side, and the fourth wave arriving. If you do it too fast, your waves will die one by one to the tower, and taking the objective will take much more time.

What does the mid do?

Nothing too special, yet he should be pushing early on to pressure the enemy midlaner and force him to stay at mid, preventing roams that could turn the tides in their favor.

What does the toplaner do?

By this minute the toplaner should already be top hitting the tower with the support and adc. Autoattacks to the tower, skills to the enemy minion waves that come.

What does the jungler do?

After doing Blue and Crab, he should assist his team in taking the objecive. Autoattacks to the tower, skills to the enemy minion waves that come.

What does the adc do?

He should hit the tower but preventing the enemy wave from hitting your wave. The adc’s objective (if he’s the only ranged champion) should be to hold the wave’s aggro to let your wave directly aggro the tower and use skills to clean the wave as you keep hitting the tower to take it down as soon as possible. It is okay if you are low in health because no one will be near the top side of the map.

What does the support do?

After annoying the enemy top and jungler, he should head back to the tower and start hitting the tower as well as helping the adc to clear the enemy wave.

What does the midlane do?

Pressure as much as possible. If the enemy midlaner decides to roam top to defend the objective or something weird, he should lose 2+ minion waves in his tower.

Three scenarios can happen after the tower falls.

Case Scenario 1: The enemy botlane mirrors the move and takes down the bottom side tower and recalls to unfreeze the toplane and try to take the top tower. (Reverse swap)

Case Scenario 2: The enemy botlane is behind the move and is still trying to take the objective.

Case Scenario 3: The enemy botlane stays bottom pushing after taking the objective and then makes a dragon attempt. 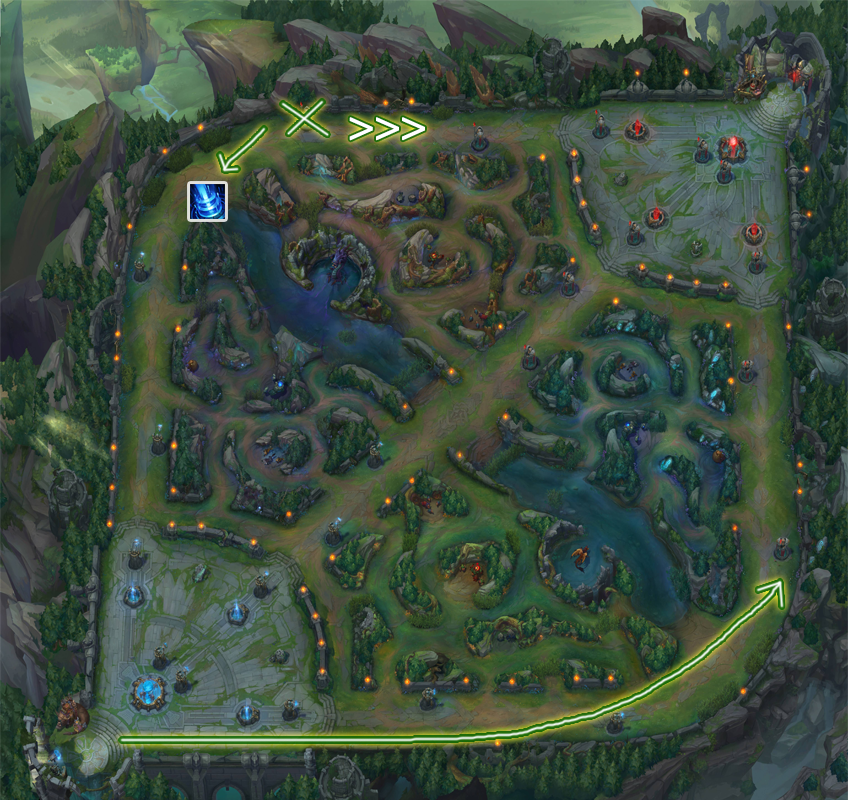 – The adc and support recall to head back to bot and get tower.
– The top pushes as fast as he can then recalls and heads botlane too.
– The jungler wards the lane to spot the enemy duo and takes a camp from the enemy jungle before heading back to his own jungle. 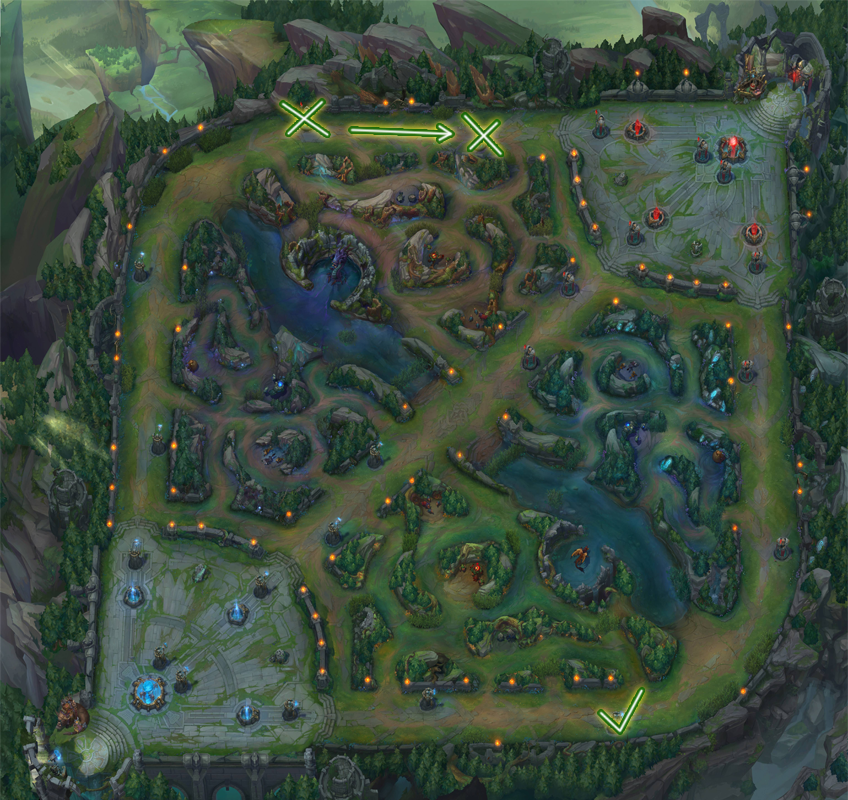 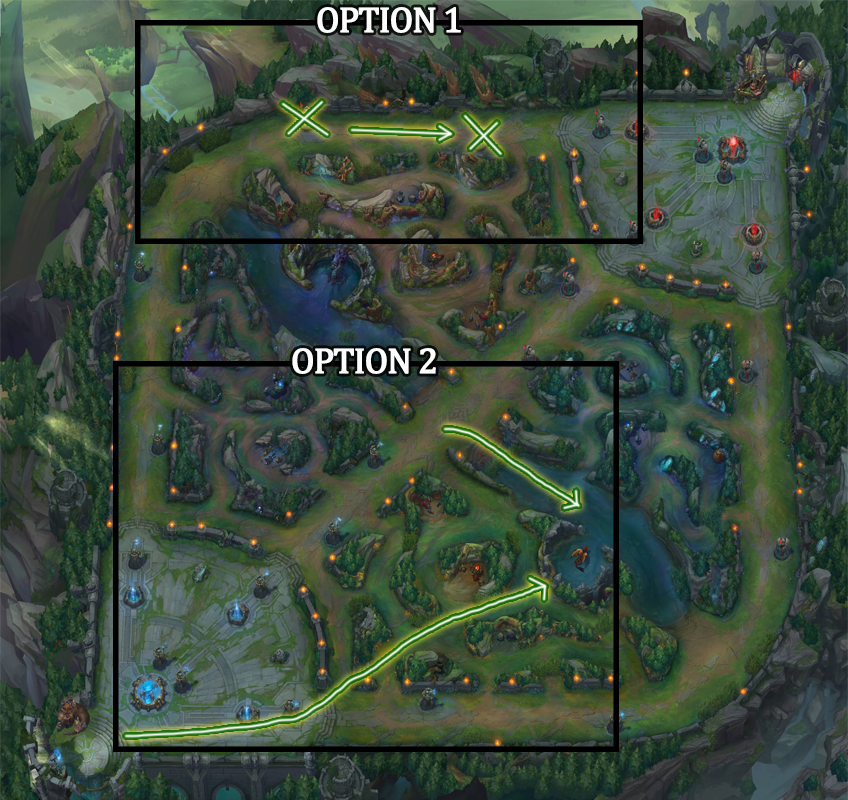 By this minute, Dragon is up, but Rift Herald is not up yet (until minute six, patch 6.9) so you cannot trade epic monsters. If you see that the enemy team is attempting a dragon, you have two options.

– You head back ASAP and try to contest it with help of your midlaner.
– You give up the drake and while they do it you get the top inner tower. If someone comes to defend, you might have to organize a dive. If we know that the jungler is doing Drake with at least one more person (support or toplaner) we assume that only two people can show up at top, because the midlaner will be holding mid. The usual situation is that top, jungler, and support do drake, therefore only the ADC can show up. Yet the top has TP and can use it top to assist the adc’s defense, so you have to be very decissive if you try a dive, get kill, and get out.

However, I recommend you to force the defending player(s) out by bluffing a dive, you might get a summoner or two, remember, the objective is the tower, not the kill.

After one of these three case scenarios happen, you will have to adapt your strategy, but usually if you have tower advantage, you want to send your duo lane to defend your objective that is still up, which might force them to make a play in that outer tower and you can punish it. If all side outer towers are down for both teams, your next objective should be the mid outer tower, and epic monsters such as Herald or Drake.