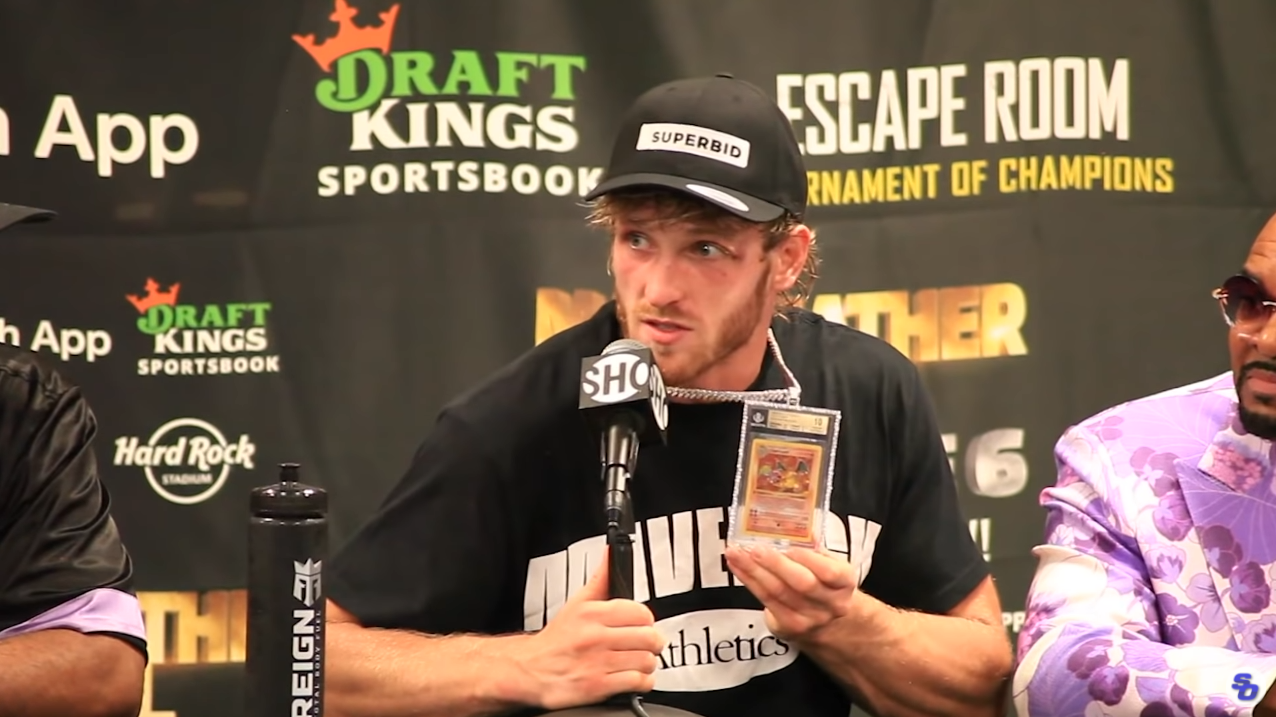 On the night of the biggest boxing fight of his life, YouTube star Logan Paul found a way to showcase his prized Charizard Pokémon card to fans.

Prior to his walkout, Logan Paul was shown on screen in his locker room wearing a diamond-plated BGS 10 Charizard around his neck on a diamond chain. He wore this necklace for the duration of his walk out and in the ring until the bout began.

The Charizard on display was showcased in a video on his channel titled “I Spent $150,000 on This Pokémon Card.” While that may have been the going rate at the time, Pokemon TCG’s recent boom in popularity means it likely could sell for a lot more now.

The YouTuber is no stranger to pulling Charizards as well. During a first edition base set box break on his channel, Logan pulled a pair of Charizards.

Last night, Logan Paul stepped out for his second professional boxing fight, taking on the conscientious greatest boxer of all time Floyd Mayweather. Despite clearly losing the majority of rounds, the streamer managed to survive the distance.

During the post-fight press conference, Paul explained to the media why he decided to wear the card around his neck.

“It’s a BGS 10 Charizard, first edition Charizard. It’s one of three in the world. It is my prized possession. Ever since I got this graded at a ten, the momentum in my life has been crazy. It’s my good luck charm.”

While boxing may have been exposed to a portion of Paul fans who aren’t familiar with the sport, Pokémon TCG collection was also showcased–with diamonds attached–to an audience of boxing fans for possibly the first time.