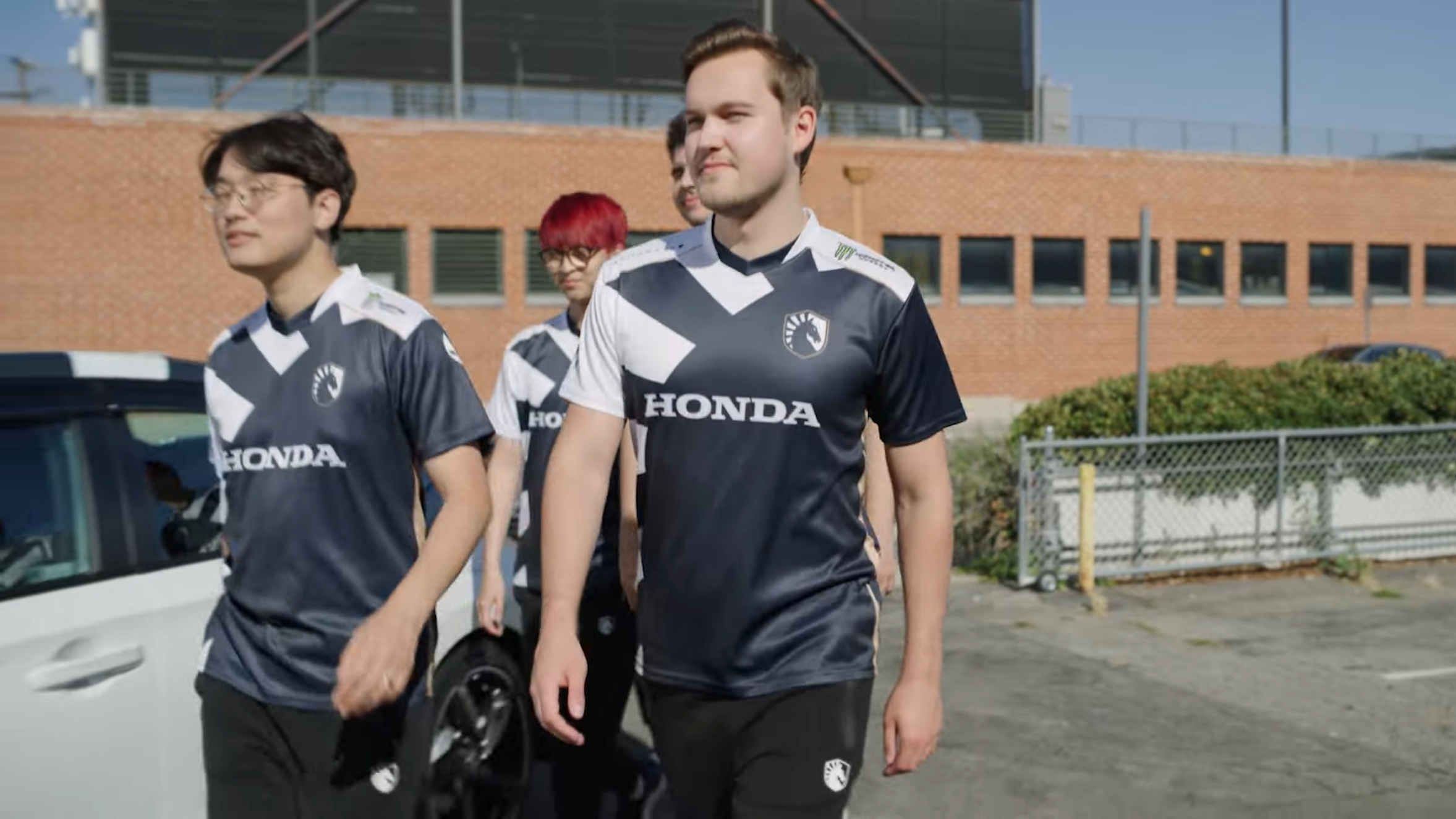 Team Liquid has taken its partnership with car manufacturer Honda to the next level following today’s announcement that the org’s prestigious League roster will officially compete under the name “Team Liquid Honda.” This naming partnership has been made official just a day before the start of the 2022 LCS Summer Split.

Aside from the Honda branding getting affixed to the official team name, the Honda logo is now front and center of the new 2022 Liquid League jersey, as revealed in an official announcement trailer. The deal also includes naming rights for the Liquid academy team.

Liquid partnered with Honda back at the beginning of 2019, designating the company as the “official automobile partner” of the renowned esports organization. At the time, Honda also sponsored a six-part video series titled “Level Up,” which covered Liquid’s League, Fortnite, and Dota 2 teams. The car company also provided the team with a customized Honda Odyssey adorned in the Liquid branding. The new deal includes a Liquid branded Honda HR-V compact SUV and Civic Hatchback, according to a press release.

Liquid isn’t the only esports company to affix a sponsor’s name directly onto a team name in recent history. TSM signed a 10-year, $210 million naming rights deal with cryptocurrency exchange FTX in June 2021, but Riot Games does not allow the team to use the full TSM FTX name in either League or VALORANT broadcasts since it violates its guidelines on partnerships with crypto exchanges. Coincidentally, Riot itself signed a deal with FTX just two months later. Liquid’s naming rights deal with Honda should be unaffected by Riot guidelines.

The team’s debut under their new name and in their new jerseys is set for Friday, June 17 at 7:30pm CT against Immortals.