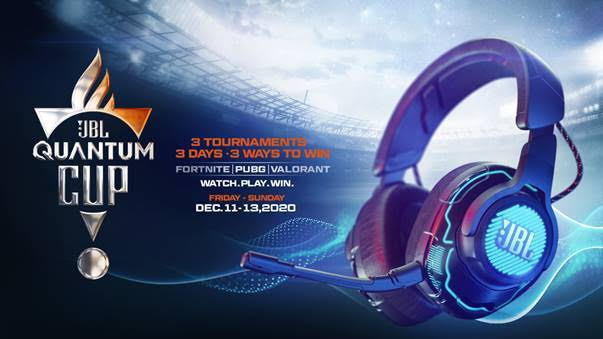 JBL has teamed up with ESL to launch the JBL Quantum Cup, the company announced today. The three-day tournament starts on Dec. 11 and will feature three shooting games: Fortnite, VALORANT, and PlayerUnknown’s Battlegrounds.

Fans will be able to watch Ninja, SypherPK, and members of 100 Thieves and FaZe Clan compete against each other for their share of the $200,000 prize pool. Players will also have a chance to go to the finals and play against these big names through the qualifying rounds of the global Fortnite challenge to try to get a piece of the prize pool.

The JBL Quantum Cup will feature players from North America, Europe, and Asia. Around 1,200 players can participate in the global Fortnite tournament, with regional qualifiers beginning on Dec. 5. Only the top 10 duos will head to the finals, though.

“We’re looking forward to playing alongside our fans during the stream and showing the strength of our VALORANT team—led by Hiko—as well as our successful Fortnite teams,” said 100 Thieves founder and CEO Nadeshot. Anyone interested in participating in the JBL Quantum Cup can register on the tournament’s website until Nov. 30.

Those watching the stream can also participate in giveaways and have a chance to win JBL Quantum headsets, JBL Quantum DUO computer speakers, and autographed gear from 100 Thieves every hour during the live Twitch broadcast.

Additional information about the tournament can be found on the JBL Quantum Cup website.