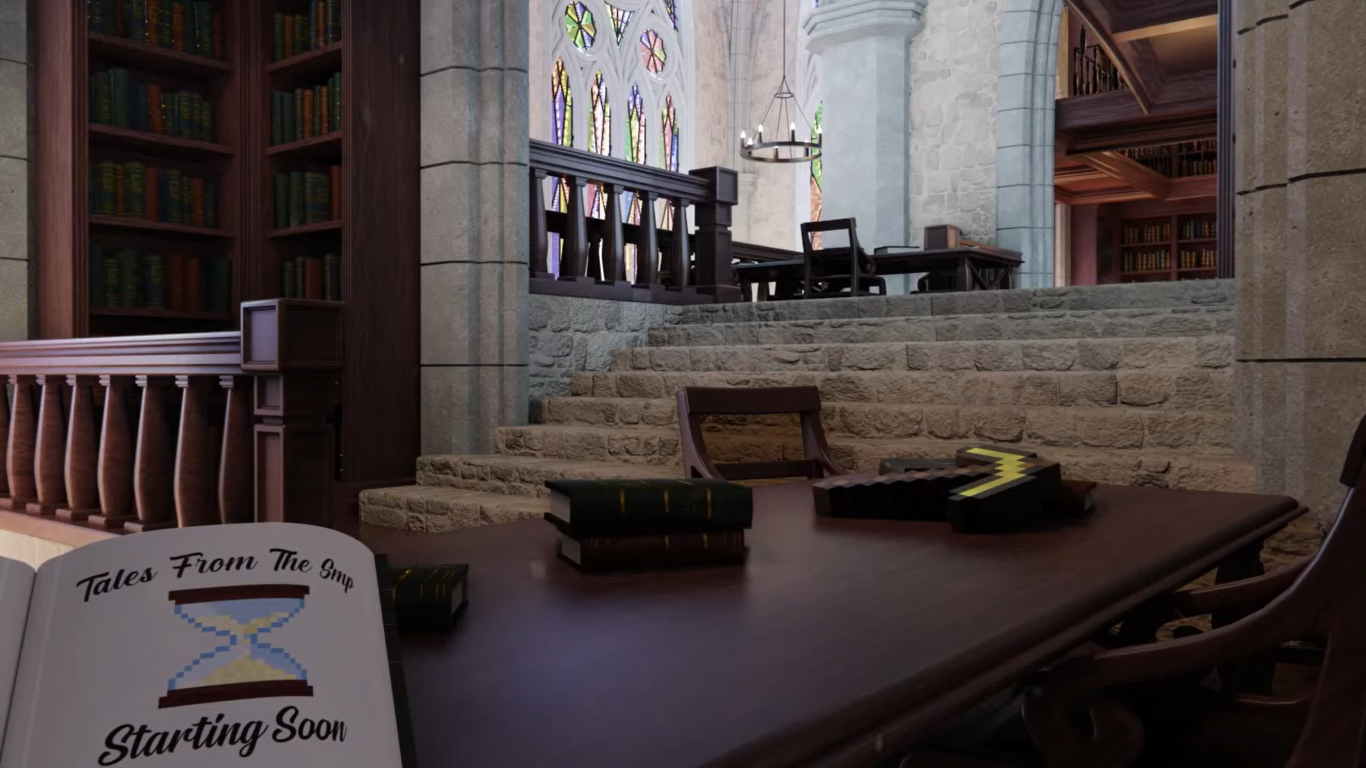 Minecraft is a game notable for nearly limitless possibilities and potential for how you play and what you do within it. The Dream SMP is a popular Minecraft server hosting 37 official members and numerous occasional guest streamers that uses Minecraft as a platform for storytelling. This server is known for its lore with one of the most popular versions being Karl Jacobs’ series Tales From the SMP.

Tales is a series of one-off episodes that contribute to the overall greater story of the server and follows Karl’s canonical character as he travels through time to try and save the Dream SMP from its eventual downfall. Karl’s character has no control over this ability and is randomly brought from the present-day server to other times and locations all across the server.

What makes Tales unique is that other members of the server get to join in on the fun and play new and exciting characters in each episode. Whereas other lore that takes place on the server is oftentimes serious and involves smaller groups of people, Tales brings together a massive number of streamers and usually makes for lots of laughs, a bit of chaos, and intriguing storytelling.

It has been nearly a year since the last canonical episode of Tales aired and fans of the server have been eagerly awaiting its return. Now, it is finally back for the second season. To watch the season premiere of Tales From the SMP, head over to Karl Jacobs’ Twitch channel at 5pm CT today.

Tales From the SMP: The Maze is the pilot episode of the second season, so we can expect it to be followed up with more episodes soon.