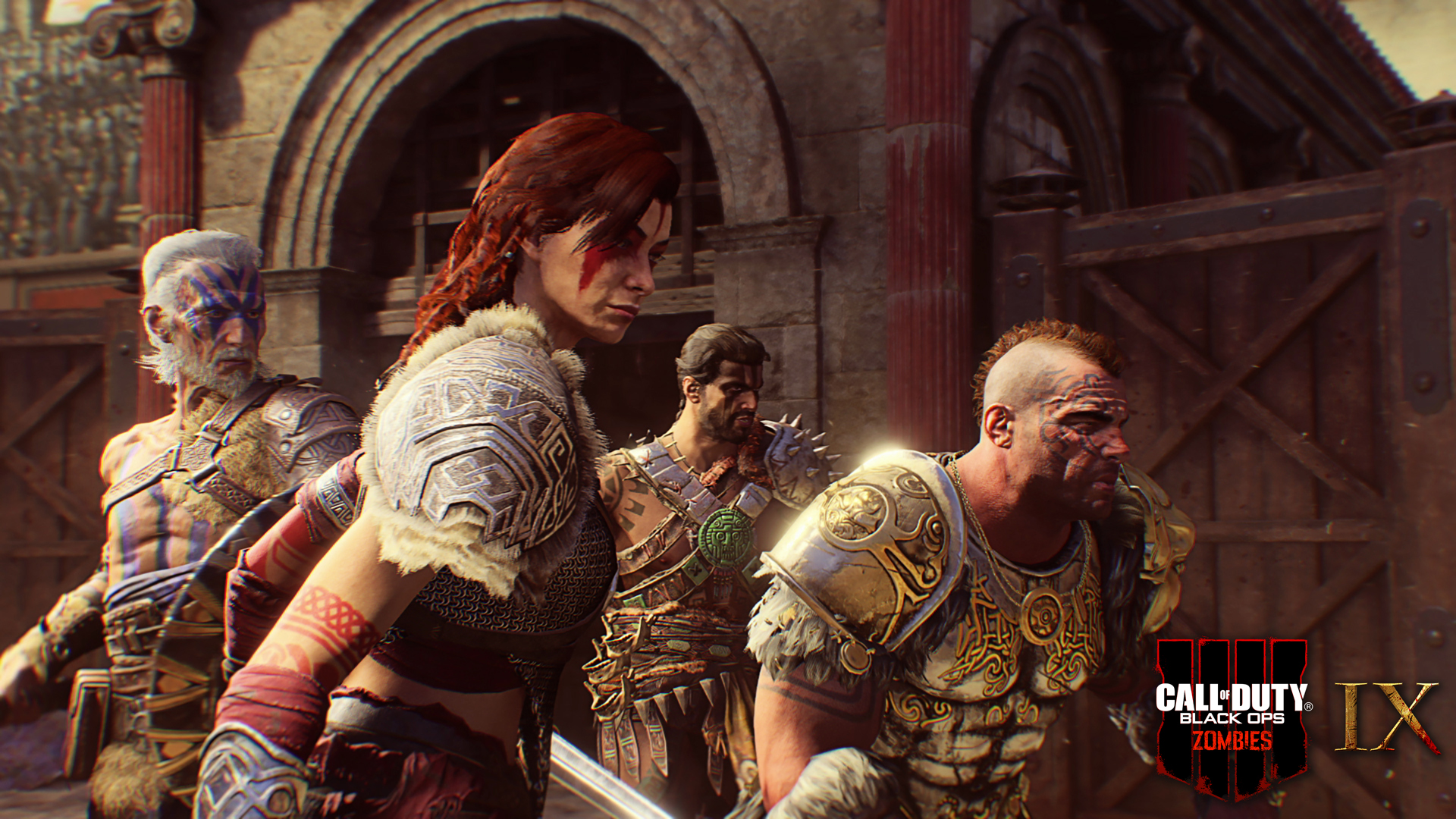 Easter eggs are a huge part of the Call of Duty Zombies community—and that hasn’t changed in Black Ops 4.

Although major storyline Easter eggs are featured in each Zombies map, there are also hidden songs that can be activated. These Easter eggs are much simpler, though—players usually only have to interact with a few hidden items to turn the music on.

Here's how you can activate the musical Easter eggs on each Zombies map in Call of Duty: Black Ops 4.

The Easter egg song in IX is "Mad Hatter" by Avenged Sevenfold. To activate this song, you'll need to shoot four medallions that are hidden and spread across the map.

One coin will be located in each of the four main god towers of the map. Here are the four medallion locations:

The coin in the Danu Tower can be found outside of the map, in the front left window if you enter the room from the Arena. In the Ra Tower Burial Chamber, the medallion is located between two chests in the front right corner if you're coming down from the Arena.

The Zeus Altar Room coin is on the base of a statue on the right side of the room if you're facing the perk machine. Finally, the Odin Tower medallion can be found inside the metal gate behind the left staircase.

Similar to IX, there are four coins that you'll need to find on Voyage of Despair.

You can get the Forecastle coin basically immediately after you spawn in to a game on Voyage of Despair. Go to the right side of the boat and head up the staircase near the Danu perk machine. The coin will be on the back of a box behind another staircase on the second level.

Blood of the Dead

The Blood of the Dead musical Easter egg is pretty easy to unlock. First, all you need to do is build the Spectral Shield.

Once you've created this shield, you'll need to charge up a Spirit Blast. Equip your shield by pressing L1 (on PlayStation 4). If you hold down R2, you'll bring out the Warden's Key and you can drain zombie souls to build up a charge.

After you've done this, head to the Citadel Tunnels. Use the Warden's Key to unlock the cage and then hit the three panels with your Spirit Blast. Interact with the panels to change the three numbers to read 1-1-5, and Blood of the Dead's song will begin playing.

The Classified Easter egg song is also relatively simple to activate. Returning to the theme of older Zombies maps, you'll only need to interact with three items on Classified: Vodka bottles.

The first vodka bottle you can find is in Central Filing, which is to the left of the initial spawn room. When you enter Central Filing, the bottle will be on top of a filing cabinet in the back half of the room.

The next bottle is in the lower level of the War Room, underneath a workstation that's diagonally left of the Mystery Box spawn location. The final vodka bottle can be found in the back corner left of the perk machine in the Porcine Research room—it'll be leaning up against an empty cabinet. Interact with all three of these bottles and the music will start playing.

Dead of the Night

Since it's part of the Chaos Story, Dead of the Night brings us back to the theme of four shootable coins in order to activate the musical Easter egg.

The first coin can be found underneath a table near the fireplace at the end of the Main Hall closest to the North Atrium. Another medallion is in the East Hallway, on the wall near the door that leads into the Dining Room.

The Wine Cellar coin is inside a broken barrel near a tall candlestick in the room to the right of the Ra perk machine. Finally, the last coin is actually in the Library, but you can only shoot it from the Study—look down from the Study toward the Mystery Box location and you'll see the medallion on top of an Egyptian statue.

This article will be updated as new maps and musical Easter eggs are discovered.