It’s one of the best assault rifles in terms of accuracy, damage, and rate of fire. 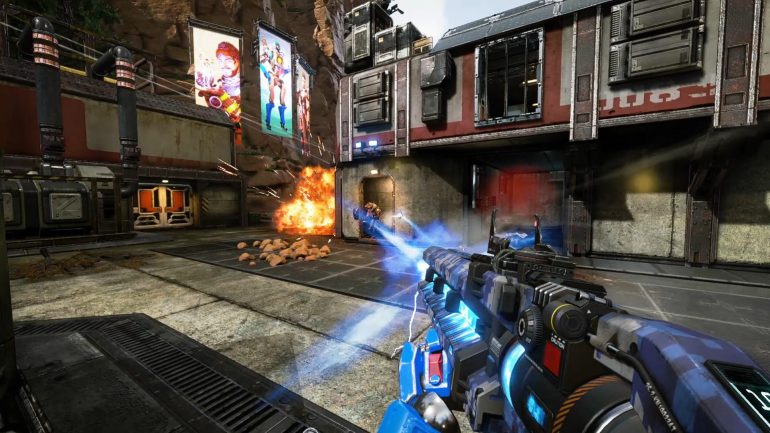 Apex Legends players have just met the game’s new weapon, the energy HAVOC Assault Rifle. It was added to the game on Feb. 20 as Apex’s fourth assault rifle.

The HAVOC Rifle is quite a peculiar gun. Its standard autofire takes a few seconds to charge before the gun starts shooting. Multiple Hopup attachments are compatible with it, and by using a Select Fire Receiver, players can activate a single-shot energy beam that instantly hits the opponents if they’re under your crosshair, ignoring distance, bullet travel time, and anything else.

Despite the HAVOC Rifle sounding like an incredible gun because of these features, players who really want to understand it might want to take a look at its stats and how they compare to other assault rifles, like the Hemlock or Carbine.

Apex stats website Rez.gg has all the stats for the HAVOC Rifle in full detail, but it’s better to start by comparing it to other weapons in its category.

If you can hit several shots, the HAVOC’s damage per second will be the second best in its category at 202 to 404, falling behind the Hemlok. The HAVOC Rifle deals 36 damage to the head and 18 to the body.

What’s easier to understand by looking at it is that the HAVOC has the highest default ammo clip size in its class, with 25 bullets per clip, which comes at the cost of having the highest reload time of 3.2 seconds.

HAVOC’s bullet spread is best controlled when aiming down sights, as with any other gun. Rez has other very specific information about its spread and sway, but players who aren’t familiar with such technical details might have a better feel for these stats while playing with the HAVOC Rifle.

These stats show that the HAVOC Rifle can be a reliable gun if you learn how to play with it. Its damage is good, its clip is big by default, and it’s as strong and accurate as other assault rifles in Apex.

Next time you want to test it, hop into a match and compare it to another assault rifle. Check what fits your playstyle the best and see if the HAVOC Rifle will be your new go-to gun in Apex.