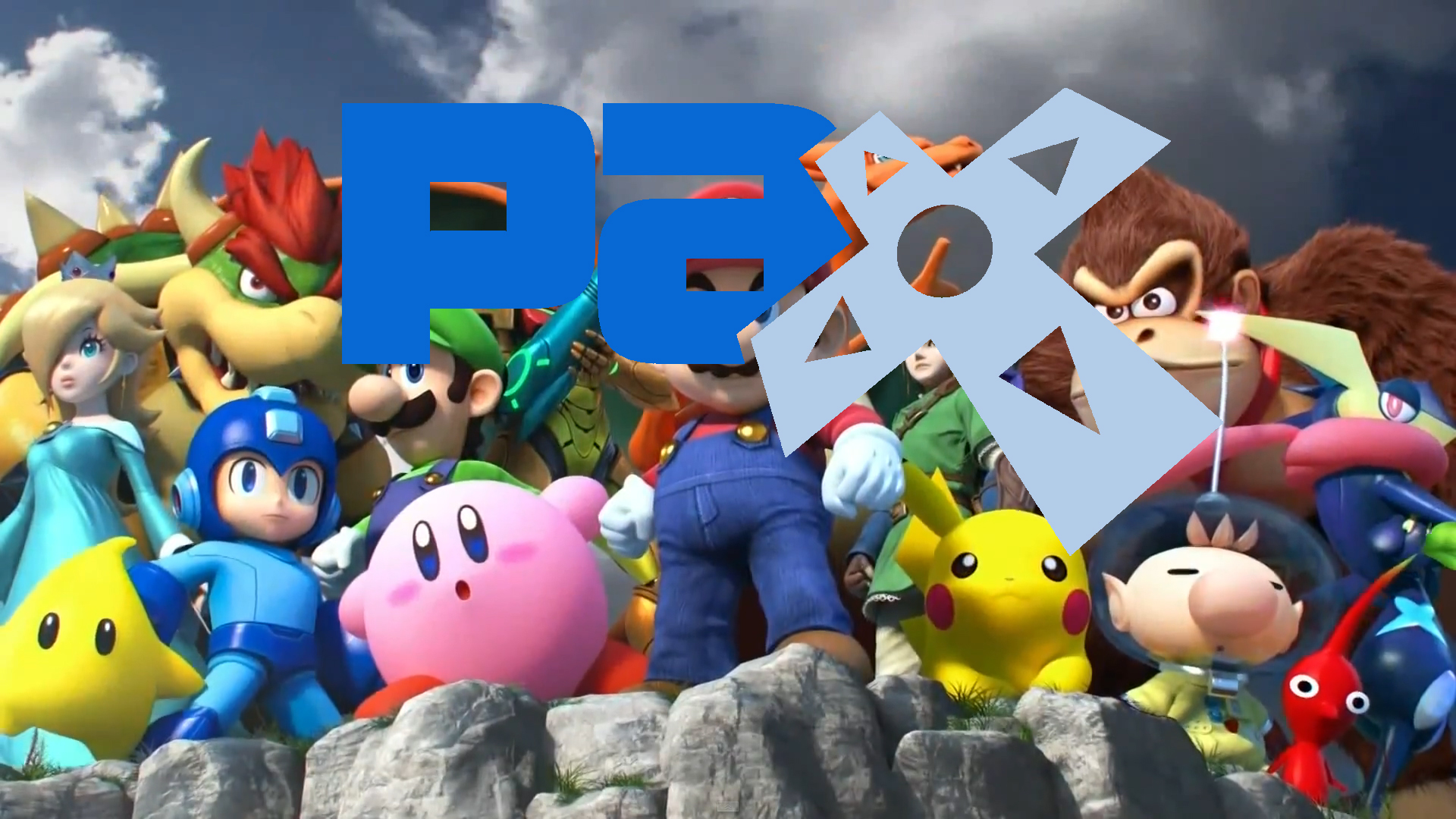 When Kim ‘FeniX’ Jae-hun’s name is first mentioned, most will probably think of his incredible 1v4 outplay on Azir against Counter Logic Gaming, a play that will probably be the best of his whole career and one of the pinnacles of his play; his Faker-versus-Ryu, if you will. Yet, while this is a bright spot on the timeline of his career for some, for others it is just a reminder of his apparent ‘one-trick’ status, a point used to mock those who believe him to be a good player, or an easy eye-roll at people who cannot look past highlight plays.

Indeed, FeniX has struggled throughout his career to maintain his place as a strong mid laner in the eyes of the community; when he was at his peak (so far) in Summer 2015 and Spring 2016, he still found himself lacking the respect of many, despite his numerous carry performances. Despite his strong play on a multitude of champions, it seemed like nothing he did could please those who doubted him. It would even go so far as to ignore facts, such as his aforementioned reputation as an Azir “one-trick pony” throughout 2015 and 2016 despite in actuality his champion pool being rather large (the biggest in NA for mids in 2016) and his standout performances on many more champions such as Twisted Fate, Corki, Orianna, LeBlanc, even Yasuo. Even when he did perform poorly, his replacement was immediately called for, as it was clear his performance was massively lacking and Team Liquid would definitely be better off with any other player.

FeniX’s position as a top tier mid laner in North America is one I truly believe in, just as I truly believe in his place as the best (or at the very least top-two) mid laner in NA during Summer last year. And with what looks to be Piglet, the primary carry of TL, stepping down from the main roster, the burden of carrying will fall more and more onto FeniX, and this is a burden I am confident he can shoulder and embrace in the weeks to come.

FeniX did not begin as a good player, or even a mid laner, or even as FeniX: no he began his career as a bottom tier top laner called Miso for Eat Sleep Game – a roster which would go on to be bought over by the Jin-Air Falcons. As previously mentioned, Miso was a relatively poor top laner who showed a slight propensity to play carry champions but not much else. After losing all his matches in Champions Summer 2013, he became disillusioned while playing in Korea and decided to come to NA, where he initially joined Team Dragon Knights under the moniker of Trickster.

Initially, the only change Team Liquid was going to make between Summer 2014 and Spring 2015 after their heartbreaking loss to the Chinese dragons, LMQ, was their ADC, swapping David ‘Cop’ Robertson for former world champion, Chae ‘Piglet’ Gwang-Jin. However, a matter of weeks before the LCS was due to start, Joedat ‘Voyboy’ Esfahani announced he no longer wanted to play in the upcoming split, resulting in Team Liquid having to try out multiple mid laners, none of which seemed to fit what Steve ‘Liquid112’ Arhancet was looking for, that is until he heard of FeniX. Without even trying him out or merely playing a scrim with him, Steve took a massive gamble and bought out his contract, signing him to play for TL in the upcoming season.

It would be disingenuous to suggest FeniX set the world on fire when he debuted on the North American stage, despite TL being the only team to go 2-0 in week one and without their new star ADC. It was more stellar play from Christian ‘IWillDominate’ Rivera and Yuri ‘KEITH’ Jew with FeniX showing a more supportive playstyle, although he did show his Azir play early on as well, that brought TL to a 2-0 week.

However, Piglet taking his place in the lineup did not help ascend them to new heights. In fact, it seemed to more bring them down a level, with nobody looking more decidedly mediocre than FeniX himself; he didn’t lose TL the game, but nor did he win them it, he seemed to be more of a passenger than someone in the driver’s seat and so begun the community questioning his place on the team. Not only was he seemingly mid-tier, he also was taking up a valuable import slot.

Despite this, prior to the season starting and throughout the Spring Split, rumours began to surface about “Scrim God FeniX,” stories of him taking over scrims and destroying everyone were commonplace but did little to appease TL fans. TL would go on to have a disappointing split, considering their roster’s potential and barely scraped into playoffs where they would face off against CLG, a series they were expected to lose.

It was this series that we saw the fire rising, and caught our first glimpse of what FeniX could do. He and Piglet stepped up massively, with FeniX showing excellent play on Corki and Vladimir, two champions that would be staples for him in the future and some of his best picks. All series he outlaned and outperformed Austin ‘LiNk’ Shin, even solo-killing him, and not even needing to use his fabled Azir to do it.

The next series was the semifinals against Cloud9. Team Liquid came in on fire, and the team and FeniX continued their hotstreak going up 2-0, with game two being another incredible performance on Azir. The series would ultimately be lost in a reverse sweep, however, with Zachary ‘Sneaky’ Scuderi and William ‘Meteos’ Hartman coming up huge, dragging the rest of the team to victory while mistakes in the TL draft, namely putting FeniX on Lulu for two games, essentially nullifying his chances to carry, aided their downfall.

In the third place decider match, TL managed to break the curse and take third place, beating Team Impulse in a five game thriller. FeniX would again go big – ironically his worst game being on Azir – and he and Piglet began to form an incredible carry duo that would haunt many to come in the following split.

In Summer 2015, the Scrim God showed his true potential on stage; he put on multiple carry performances, not only on Azir, cementing his Orianna as one of his strongest picks along with many other champions, be they teamfighting, pick-oriented or supportive. The exceptional Azir play only solidified his place at the top and while the community seemed content to hold him there for a while, when TL failed to make it to Worlds due to falling to Cloud9 3-1 in the last round of the gauntlet, the narrative of FeniX being a useless one-trick resumed and his previous play as the best mid in NA was forgotten.

Coming into the Spring Split of 2016, nobody quite knew what to expect from TL, and when they swapped in Joshua ‘Dardoch’ Hartnett and Matt ‘Matt’ Eleno after a single match, an immediate improvement was seen in the roster, and all the pieces were there but the roster struggled to come together. In their fourth match, however, the roster hit a breaking point, and they picked up their first win and continued on an upward trend ending the season looking like quite possibly the best team in NA.

It was during this season that Piglet and Dardoch garnered much attention and praise from the community and analysts alike, while FeniX went primarily ignored. It was also during this season that FeniX amassed the highest CS per minute in the world for mid laners and was tied for the largest champion pool of the split, a standout performance by all accounts yet left unappreciated once more. TL began the playoffs running over NRG, with FeniX asserting his dominance over incredibly hyped and ultimately disappointing GBM, and ended with a double teleport play one game from the finals.

TL again began slow in Summer, none more so than FeniX and thus returned the cries for his benching, his replacement, nothing more than a useless one-trick. That is, until he turned it around and proved himself once again as a top mid laner and a player to be feared.

As I stated previously, TL have heavily hinted at the low likelihood of Piglet’s return to the main Team Liquid roster and while Jovani ‘Fabbbyyy’ Guillen was known for his carry performances in the Challenger Series, he has already taken a more utility role in TL, and it seems unlikely that they will rely on him as heavily as they have with Piglet in the past. Thus, the burden of the hard carry shall be presented to FeniX and Dardoch, and they should not disappoint.

He has also been a loser, but now it is his time to be a winner.