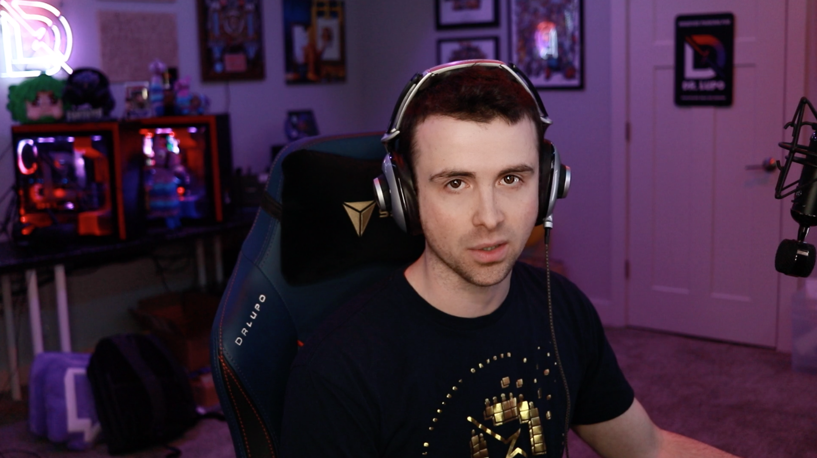 Popular streamer Benjamin “DrLupo” Lupo addressed the recent death of George Floyd and the various protests and riots occurring across the United States.

George Floyd’s death at the hands of police officers has sparked outrage around the country. Several protests have turned to riots which has drawn criticism and support from all sides. DrLupo addressed the situation in a recent livestream to draw attention to the underlying issues.

DrLupo began his discussion by explaining that people have no control over various factors in their lives such as their skin color but are still affected by it.

“Right now we live in a world where something you have no control over influences what kind of life you are allowed to live,” DrLupo said. “You got black men and women facing discrimination every single day in the United States literally just for being black. They die just for being black.”

DrLupo continued by explaining that this problem has been going on for years and that the problem has not been heard or addressed properly. He expressed that the riots are occurring because other means of communication have not worked in the past.

“I hope you fucking hear me when I say this, those people are doing that because they have not been heard before now,” the streamer continued. “This has been going on for fucking years.”

The destruction of property around the country has received mixed responses. Some people support the actions of protesters while others criticize their behavior. DrLupo expressed that he rather property be destroyed than more innocent people lose their lives in the future.

DrLupo admitted to not being able to fully understand the situation because of his skin color but is still able to acknowledge the problem. He also expressed his concerns about the current situation being forgotten after a few weeks and that the cycle will just repeat itself.

DrLupo is not the only content creator or streamer to speak about George Floyd’s death and protests. 100 Thieves issued an official response condemning the situation and provided more information on how to get involved. CourageJD also provided ways for people to educate themselves and donated directly to the Minnesota Freedom Fund.

The current events in the United States have broken into every other aspect of life. This will likely not be the last time a content creator or streamer addresses these issues.