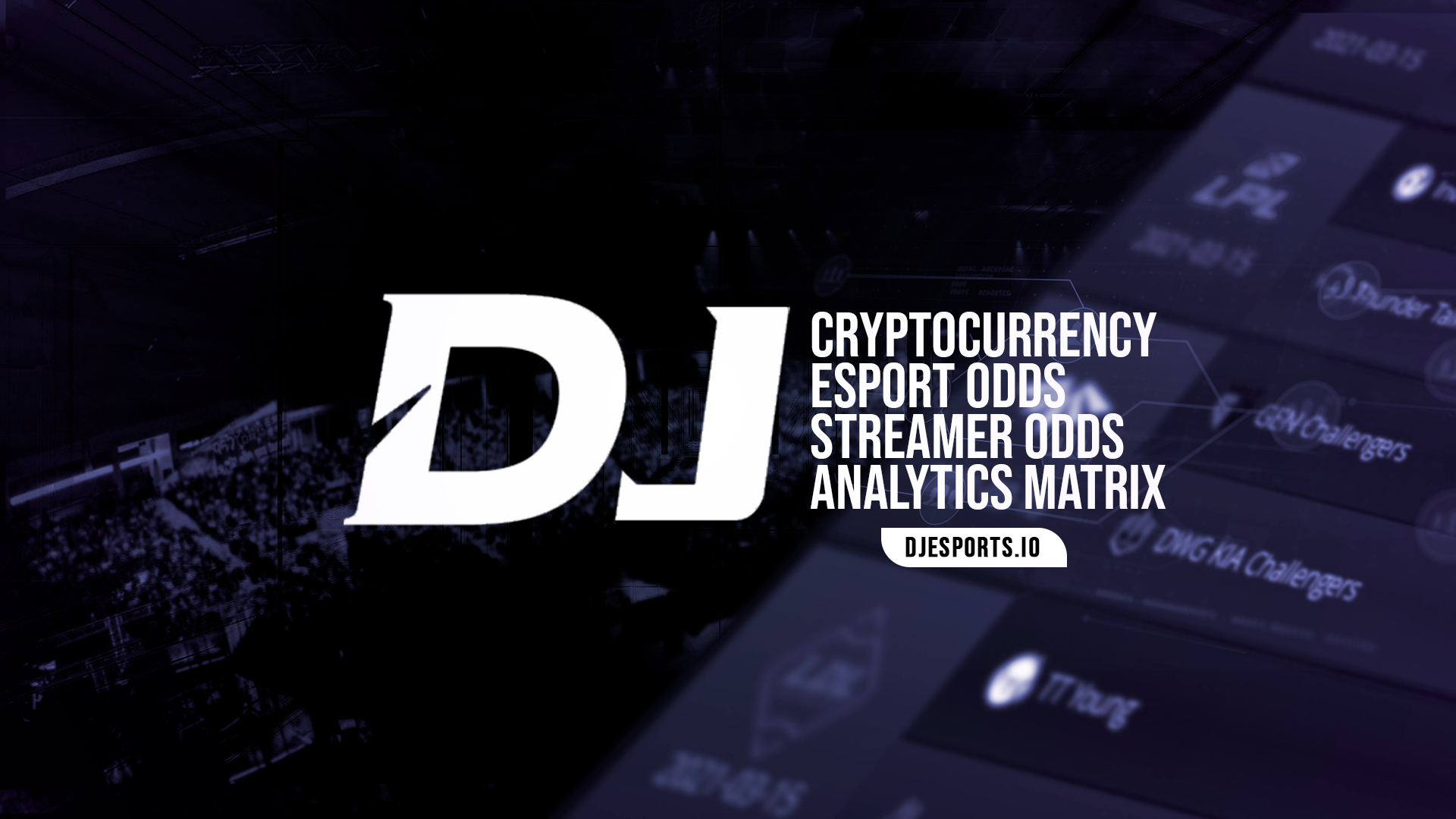 DJ Esports, the world’s first all-crypto esports gaming platform, is launching its Worlds Prediction Series in conjunction with the League of Legends World Championship. The platform will give away over 10,000,000 USDT in crypto prizes to players for doing what they’re already doing: gaming.

Designed around some of the fastest, most secure blockchain technologies, DJ Esports offers crypto-in, crypto-out bets on a wide variety of esports players and teams. The platform also constantly runs various special events on its community Discord, like live watch parties with top analysts such as Thorin and “VIP 1-v-1” competitions with top streamers including LukiLuki, Tempest, and Laceration.

Users can choose what odds they want to wager on—such as total kills, first blood, or win/loss records—using all of the most popular cryptocurrencies, including BTC, LTC, BCH, XRP, XLM, TRX, and USDT, and all with some of the lowest transaction costs on the market.

Now, DJ Esports is ready to give back to players who want to test their analytical skills with the 10,000,000 USDT prize pool DJ Esports Worlds Prediction Series. Starting on Aug. 6 and covering League, Dota 2, CS:GO, and VALORANT, players will be eligible to win up to 300,000 USDT by leveling up from Tourist to Grandmaster Analyst throughout the first two stages of the event.

Stage One: Early Bird Special will run from Aug. 6 to 24, with every active DJ ESports account instantly receiving 400 DJT. DJT are tokens that can be used in place of normal cryptocurrency for placing bets on any game or event on the DJ Esports website. As players win more DJT, they can climb the ladder to the highest ranks and qualify for scaling rewards at the end of the season.

All players need to do is use DJT as their currency of choice when playing on DJ Esports. The goal is to win as many tokens as possible before the League World Championship later this year. The amount of DJT each player can earn during stage one is capped at 18,000, though players can share the event poster on a social media platform of their choice to receive an extra 400 DJT straight into their accounts (to a maximum of 1,500 DJT) once per week.

Stage Two: Worlds will kick off on Sept. 25 and run until Nov. 6, encompassing League Worlds, The International 10, and any major CS:GO and VALORANT events taking place in that time frame. At the end of this period, each player’s DJT balance will decide which prize threshold they’ll be entitled to.

The final stage of the event, Stage Three: Face-Off, will take place after the dust has settled from stage two. The top 36 players from the stage two leaderboard will be invited to DJ Esports’ biggest stage. The winner of stage three will take home an extra 500,000 USDT on top of their already massive prize from stage two.

To join the competition, all you need to do is create an account with DJ Esports. Participation is limited to one account per person and only the first one million signups.

You can also join the DJ Esports Discord server, where the company runs community events and competitions in various games, including several with partnered streamers like Thorin. You can also message the mods once you join to receive an extra 800 DJT for free.

There’s no better time to jump in and start playing than right now. Sign up today and start winning on DJ Esports.