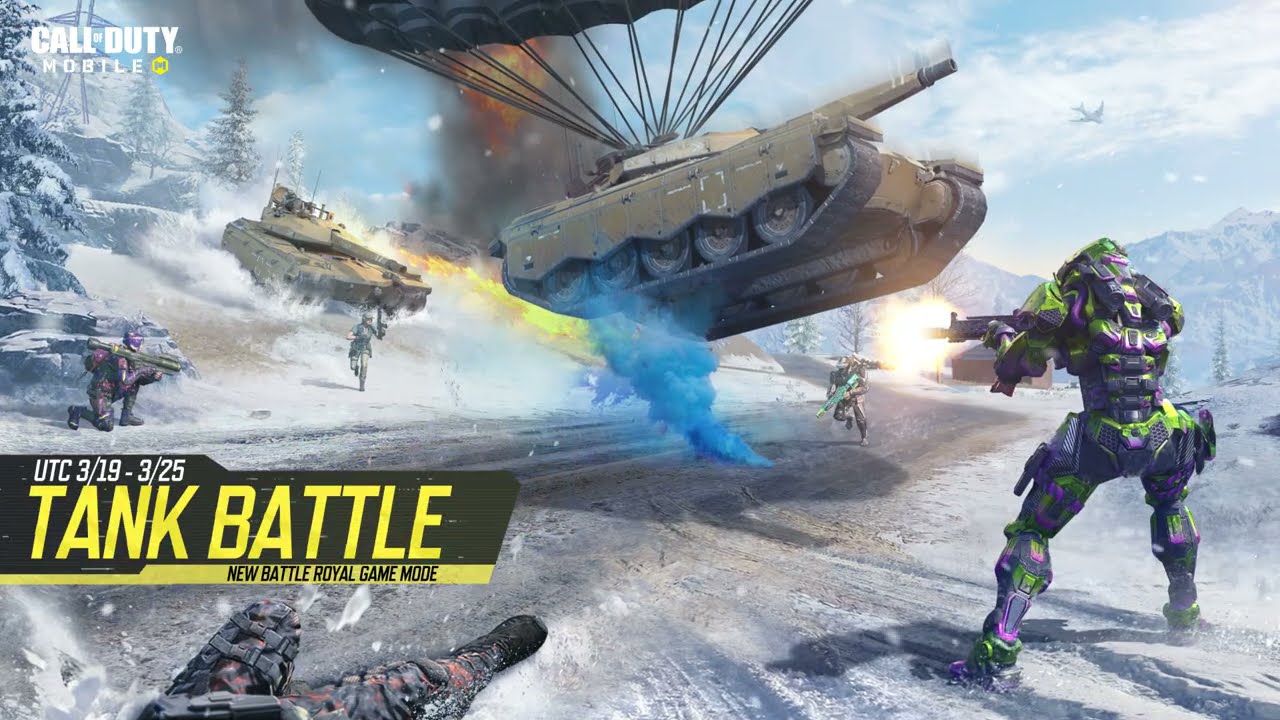 In the traditional battle royale mode, only a few tanks are available on the battlefield for players to use. The Tank Battle mode, however, gives players easy access to these highly-armored and explosive vehicles.

In this mode, players will be able to find vending machines scattered across Isolated. These machines can be used to acquire parts for tanks that include a tank chassis, armor, engine, primary weapon, and secondary weapon. Players have to construct a tank based on their preference. Each part has a different feature.

Once a player collects all the parts, they can call an airdrop which sends a tank onto the battlefield. If you are having a hard time finding vending machines, don’t worry, as you can instantly get a tank by collecting a blueprint from airdrops.

The Tank Battle mode will be available until March 24 at 7pm CT.

Besides the new battle royale mode, the Shipment 2019 map from Modern Warfare has also gone live into CODM. The map is set near the main port of Verdansk and is one of the smallest maps in Call of Duty’s history. It offers fast-paced and intense close-quarters action.