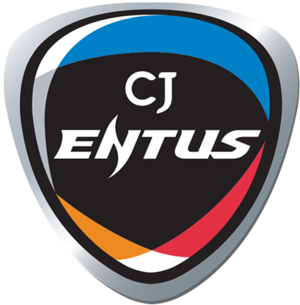 CJ Entus currently stands with a score of 4-5 towards the end of the first round robin. Although CJ currently has a negative score, the first round robin has arguably been successful for CJ – exceeding many people’s expectations. Additionally, CJ has managed to take games off higher teams such as Samsung and KT and have won against teams lower than them in the standings – beating both Afreeca and Sbenu 2-1. The most impressive result CJ has had this season was a 2-1 victory over Longzhu (although LZ were struggling around that period). Although CJ started with a very small amount of coordination, this has consistently improved over the season which has given them the ability to fight close series against top level teams.

Bubbling has looked very confused in the jungle in both winning and losing games, constantly getting collapsed on in river and apply pressure to the wrong side at the wrong times. An example of this was Bubbling getting flame horizoned by Crash in game 2 against Longzhu. Bubbling is probably the worst jungler in the league, showing both a lack of mechanics and game knowledge to jungle pathing.

Sky is another weak point in CJ. He has had a small amount of game impact so far as a mid laner, and has died in an unusual amount of solo kills (7 this season, with the stand out being against Samsung, dying 2 times before 10 minutes to Crown). Although Sky has had a few decent TF games, he has been an overall negative for CJ.

Untara has been decent in the top lane. He has had quite a good level of CS control in the top lane, rarely falling too far behind to the star top laners in Korea. He also seems quite confident in engaging team fights, but looks confused when CJ is behind. The major negative of Untara is his mid to late game teleports – he sometimes looks to desperate to find a flank or and engage, and often just isolates himself from his team.

A major surprise and up side of CJ is Kramer. He has the highest damage share in the league – having the highest damage percentage on the team at 35% (Oracle’s Elixir). If CJ wins a game, it is likely because Kramer has gone off. He has had good performances on both blue Ezreal and Lucian. Both his positioning and mechanics to dodge skill shots have been on point this season, justifying his refusal to get compared to NL from The Flash Wolves.

Madlife is back. He has looked like a top 3 support in LCK, with the second highest kill participation in the league after Chaser from Longzhu. He has made big plays on a wide range of champions – Bard, Thresh, Alistar and Braum have all been played to a high level by Madlife. Madlife’s resurgence and Kramer’s high level of play gives CJ one of the strongest bottom lanes in the league.

How will CJ potentially improve and secure a playoffs spot? Daydream and BDD are ready to go for next season, to replace their two weakest players.

Daydream has rejoined CJ after a mediocre performance in the CBLOL Brazilian league, however his performance will likely improve when he is able to coordinate with people that speak the same language. Daydream was known to be an aggressive jungler when on CJ Blaze, but has always been quite an inconsistent player. Despite some of these flaws, he is still very likely to be an improvement over Bubbling.

BDD is arguably the most hyped soloq player since Faker. If you do not know who BDD is, look up some of his soloq highlights. BDD has been on the bench and nurtured by CJ for over a year. CJ keeping BDD on the team despite having Coco last year shows how hopeful they are of his potential. The major questions with BDD are; can he transition his proven soloq mechanics to the professional level, and is he a player that gets negatively affected by nerves when in the booth.

The Mid pack of LCK is very large now, arguably ranging from 2nd place all the way down to 8th – with teams like Afreeca taking series wins over top teams like SKT. With all those points leveled above, CJ has the potential to sneak into the playoffs as a 5th or 4th placed team, with even more room to improve over the summer split.