Hello and welcome to Lira’s CBLoL roundup. This week in CBLoL we had some interesting games and results that helped to give us a better view of how the teams are this year in Brazil. This week we had Operation Kino smashing paiN gaming’s bizarro roster, INTZ with a good win against G3X, CNB losing once more to RED and a really close series that ended with a draw between Kabum and Keyd. Let’s get deeper into the games: I didn’t expect in my preview that paiN would lose as bad as they did. Ok, their roster is totally out of place (ADC on top, sub on AD and their support is an ex-midlaner), but I didn’t expect OPK to be so precise and decisive and close games so well.

OPK completely smashed paiN gaming with a really good performance of Skybart in the splitpush role that caught paiN off-guard. In game 1 with Riven his pressure in the botlane and paiN’s poor coordination guaranteed OPK a baron in the early 20’s and the win in 31:19 mins. In game 2, Goku went to the splitpushing role and Skybart’s Lissandra went to the battle with some really good engages that shows his ability playing the champion. Theusma and Professor had a really sick game 2 as well, it’s a tough call for MVP of the match/series, but my choice is Skybart.

As for paiN, really disappointing tournament from Kami so far. We know how the team depends on Mylon for engaging teamfights and Splitpushing, but Kami is doing nothing in these games and the team needs him. A really disappointing tournament from him so far, but when Mylon comes back, they will undoubtedly put their shit together and fight for the 1st place in the playoffs.

Jockster and Revolta after beating G3X and guaranteeing +3 points.

INTZ is starting to get their gears rolling, finally. In a really long game 1, they failed to close it out in a cleaner way and had to go to mid/late-game to close it out after 5 dragon stacks but in game 2 we had the opportunity to watch the good old days of 2015 INTZ lineup with Revolta smashing everyone around the map and MicaO + Jockster top tier botlane. INTZ completely smashed G3X in 22:43 minutes at game 02. Really good and exciting performance by them, I hope they can show us more of this game 2 later on, because game 1 had some bad decision making around the midgame against a really dangerous burst comp and some of these mistakes could have cost them the game. Jockster is my MVP of the series; really exciting performances on Thresh that guaranteed his team decisive kills to win both games.

In the G3X side, really disappointing performance from Alocs, former CBLoL champion, now is having a really bad time in G3X. I hope he finds his way back to the top of his skills. pbO after another CNB’s loss

This game was supposed to be terrible… And it was. Really bad performance by both teams, especially from CNB who threw both games in a heartbreaking way. CNB is struggling to have some good shotcalling and decision making, and to understand better their win conditions to execute their plays around the map in a more decisive way. RED was equally terrible individually, but they just had to capitalize against CNB awful map play and teamfighting to win both games. MVP for this series is a tough call between Ayel and Brucer, but RED’s midlaner is my pick for this one for his fantastic Lissandra play in game 01 that changed the tides of the game.

Next week, CNB will face paiN with brTT on the top lane. It’s their last chance to show us something good or just die in last place and get auto-relegated. I hope their coach Djoko can fix some of their drafts and in-game mistakes and I want to see more of Yoda’s assassin champion pool like Yasuo and Katarina, his well-known champions in BR community. The battle of AD Carries ended up as the battle of the splitpushers. Robo and LEP were the main characters in this game that ended up as a really messy series. Both teams are having trouble to close their games and finding their win conditions around the map to better execute their strategies. Is fair to say that Kabum stole game 2 from Keyd, they were able to baron twice due to Keyd’s poor vision control and bad map play. With that said, LEP had a good performance in both games with his splitpushing against Robo and Takeshi making him my choice for MVP of the series. Good player on certain champions, LEP should keep playing strong splitpushing champions for Kabum to succeed or change his style for a safer low-econ top laner.

Keyd had a pretty bad coordination in game 02, so that worries me a lot about their playoff run. Really disappointing performance by Robo and esA, who are getting a lot of attention, especially Robo, but it seems that isn’t paying off in the end. I hope Keyd plays the top lane position in a more defensive way and gives more jungle attention to mid and bot lane.

MVP OF THE WEEK: 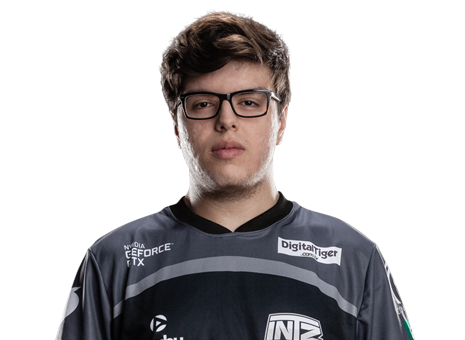 My MVP of week 3 of CBLoL is INTZ’s support Jockster. Outstanding performances on Thresh that helped INTZ to guarantee their 2nd win in the tournament. Jockster is a fantastic player in his mechanical skill with Thresh and in his synergy with Revolta makes INTZ the most dangerous team in CBLoL when it comes to vision control and midgame pressure. I hope to see more from them in the future.

Welp, that’s it for week 3. I hope you enjoyed my little review. If you want to follow my CBLoL’S analysis, look for me out on Twitter and follow @Golper10. I’ll be posting reviews + previews of every week of CBLoL + some extra content. I hope you guys enjoyed.