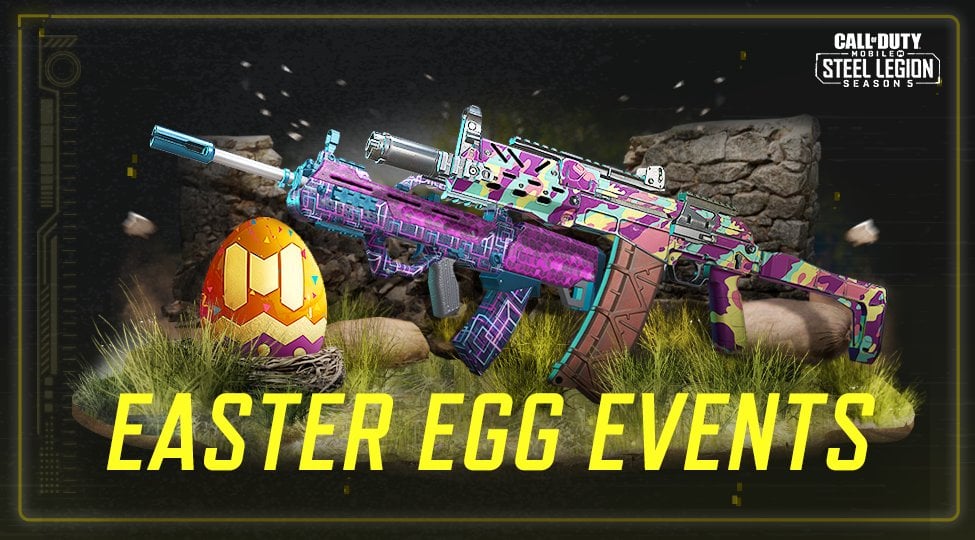 The Easter Egg events include a battle royale event, prop hunt event, collection rank event, and a collection milestone event. We’ve broken down each of these events.

Players have to collect Easter eggs by playing multiplayer or battle royale matches in this event. These eggs can then be exchanged for a variety of items such as a Weapon XP card or the clown battle royale class with Easter ’20 skin.

The maximum reward is the RUS-79U rifle with the Easter ’20 skin. This can be unlocked by exchanging 100 Easter eggs.

Players have to collect Easter eggs in this event as well. Depending on the number of eggs collected, the player’s ranking in the leaderboard is decided. Players will then be given different rewards based on their position in the leaderboard when the event ends on April 19.

The rewards are as follows:

Players have to complete a variety of tasks such as playing one to two prop hunt games or winning one to two matches. Other tasks include killing five or ten enemies in this mode.

Players can earn the BK57 rifle with cubic illusion skin or the Chicon with Easter ’20 skin in this event.

The Prop Hunt event will run until April 20.

Players have to complete different missions in the battle royale mode to advance in this event. This includes finding and breaking Easter eggs or winning in the turtle racing minigame.

Players can get the ASM10 with the cubic illusion skin in this event. It will run until April 20.