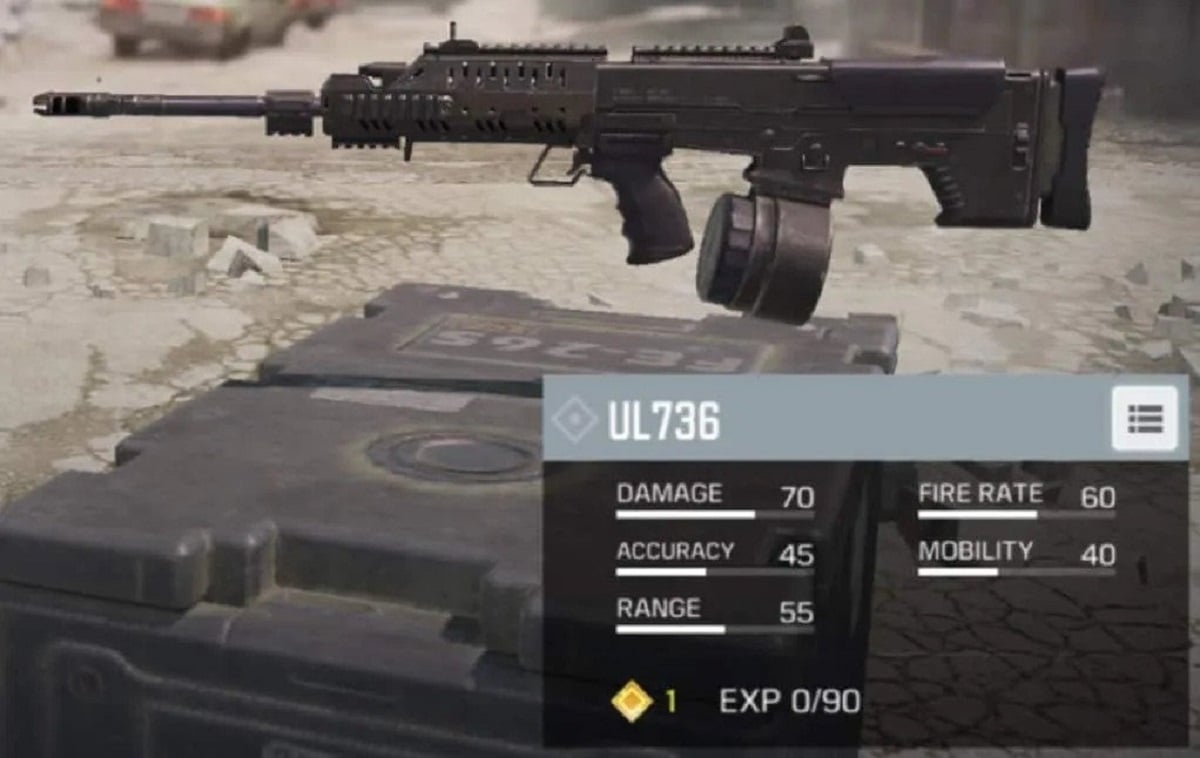 Call of Duty: Mobile is a free-to-play first-person shooter game developed by TiMi Studio Group and published by Activision for Android and iOS and released on Oct. 1, 2019. Initially launching in the U.S., the game was later published in other regions by Garena, Tencent Games, VNG Games, and TiMi Studio Group.

The game was so anticipated and successful upon launch that it shot up to being one of the most significant mobile game launches in history. This fact is corroborated by its massive sales record, generating over $480 million in revenue with a total of 270 million downloads worldwide, all within the span of a year.

A recurring feature in all of the Call of Duty games is the massive selection of guns that players can use to defeat their opponents. The guns in each game are so varied that they fit every type of playstyle. Every gun falls into one of five categories:

In this article, we’ll be highlighting the light machine gun (LMG) category and which of them are worth using in today’s meta. We have shortened the list to the top five LMGs in CoD: Mobile, all of which are powerful in their own right, but some of them just outperform the others.

The Chopper LMG brings up the rear on this list. While it is no slouch in the LMG department, it doesn’t match up to the better guns in this category. The damage of this gun is the lowest of the five, even though its high rate of fire generally makes up for that. The low accuracy stat is a cause for concern too but the low recoil of the gun offsets that problem.

Where the Chopper LMG shines is its versatility. The gun can fit any kind of loadout with a lot of varied attachments either enhancing its strengths or covering its weaknesses. So far, one of the better loadouts to use for the Chopper is:

This loadout increases its damage by almost 50 percent while stabilizing its accuracy issues. The only place it suffers here is its low range, but as an LMG, getting into close or medium range is generally preferred.

The Hades is a sleeper pick in the LMG section and its potential is slowly being noticed. Introduced in season seven, this LMG was popular when it was first released, but it was slowly forgotten about with all of the more popular guns in the meta. When it was first released, it sported one of the fastest fire rates of all guns, even though it’s got some competition now.

The only big issue with this weapon is the fact that it is a typically bigger gun compared to the other LMG weapons on this list. Hades’ loadouts are quite varied, but there are a few types of loadouts that have a history of performing better than the rest. One of our favorite loadouts is:

This specific loadout enhances the firing rate of the Hades by making it fire even faster than normal. The loadout also increases its damage per hit, which gets amplified even further by the increased rate of fire.

The M4LMG is the LMG with the current highest damage in the game. Even though it might not have the fastest rate of fire, its balanced accuracy and good range make up for that. These stats are neither the highest nor the lowest of the LMGs, making the M4LMG the most balanced LMG in CoD: Mobile.

The only real downside of the M4LMG is probably its high recoil rate, although that can be reduced with the help of the right attachments. Another thing to remember is that the M4LMG is quite a heavy LMG, making any sort of movement quite a hassle if players don’t have a customized version with the lightweight perk handy. Thankfully, this weapon can be acquired from airdrops as well.

The best loadout for the M4LMG looks something like this:

This loadout specifically tackles the weight issues of the weapon by making it lighter, therefore increasing its mobility. Its accuracy gets slightly reduced, which is fine because the M4LMG has good accuracy to begin with. Its range is more or less the same, with all of these stat changes making it better overall.

The RPD is the only LMG with an unmatched rate of fire that does not require any additional equipment or attachments. The RPD was also the first LMG introduced to CoD: Mobile in season one. Since then, its stats have kept it relevant over the years, even if its abilities and stats have mostly remained unchanged.

The RPD’s ammunition is probably one of the better things about the RPD because it is so commonly found lying around most maps, making sustaining a rapid rate of fire possible. Its recoil might be a bit of a problem, but that can be resolved by using specific attachments.

This layout increases the RPD’s damage and improves its recoil. It also increases mobility, making it much easier to run around while dishing out high damage.

Quite possibly the premier choice for first place, the Holger 26 has maintained the top spot for the best LMG since its inception. It has also been the majority of CoD: Mobile players’ top choice for an LMG weapon because of its effectiveness in a firefight.

If this wasn’t enough, the weapon stats do speak for themselves. The Holger 26 is light, fast, and does great damage with a high rate of fire. Some might argue that the lower accuracy rate could offset its advantages a bit in higher-level play, but accuracy stats don’t mean as much when it comes to LMGs and their high rate of fire.

This layout brings out the best in the Holger 26, increasing its damage and rate of fire even further than its vanilla version while reducing its high recoil rate. With most players unanimously agreeing on the capabilities of the Holger 26, it is firmly cemented as the top-performing LMG in CoD: Mobile.