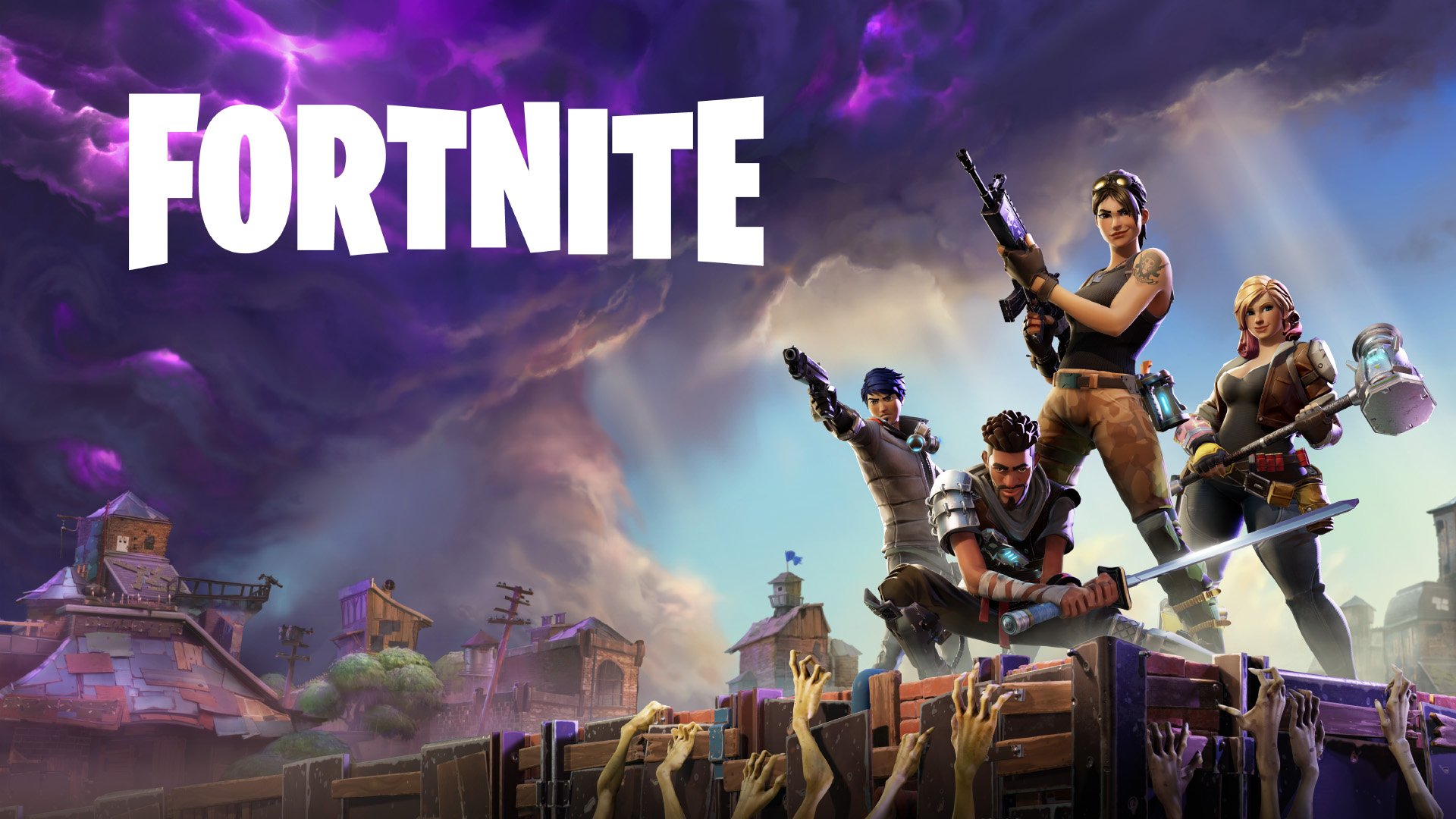 Fortnite is filled with incredible skin designs. Some skins are fun, some skin designs are bad ass, and some are straight up weird. About half of those fun, bad ass, and weird skins are female character models. In fact, some of the most iconic skins in all of Fortnite happen to be female skins.

Here is a list of some of the best female skins in Fortnite.

Tricera Ops is a legendary skin, which costs 2,000 V-Bucks and was first added to Fortnite in April 2018. This skin is part of the Dino Guard Set, and depicts a female character model wearing a bright red Triceratop suit, complete with a tactical belt, a fancy communication device on her wrist, and an adorable hoodie with three horns on it.

Despite being released all the way back in Fortnite Season Three, this skin remains one of the best skins available for purchase in Fortnite due to its originality and overall cuteness. 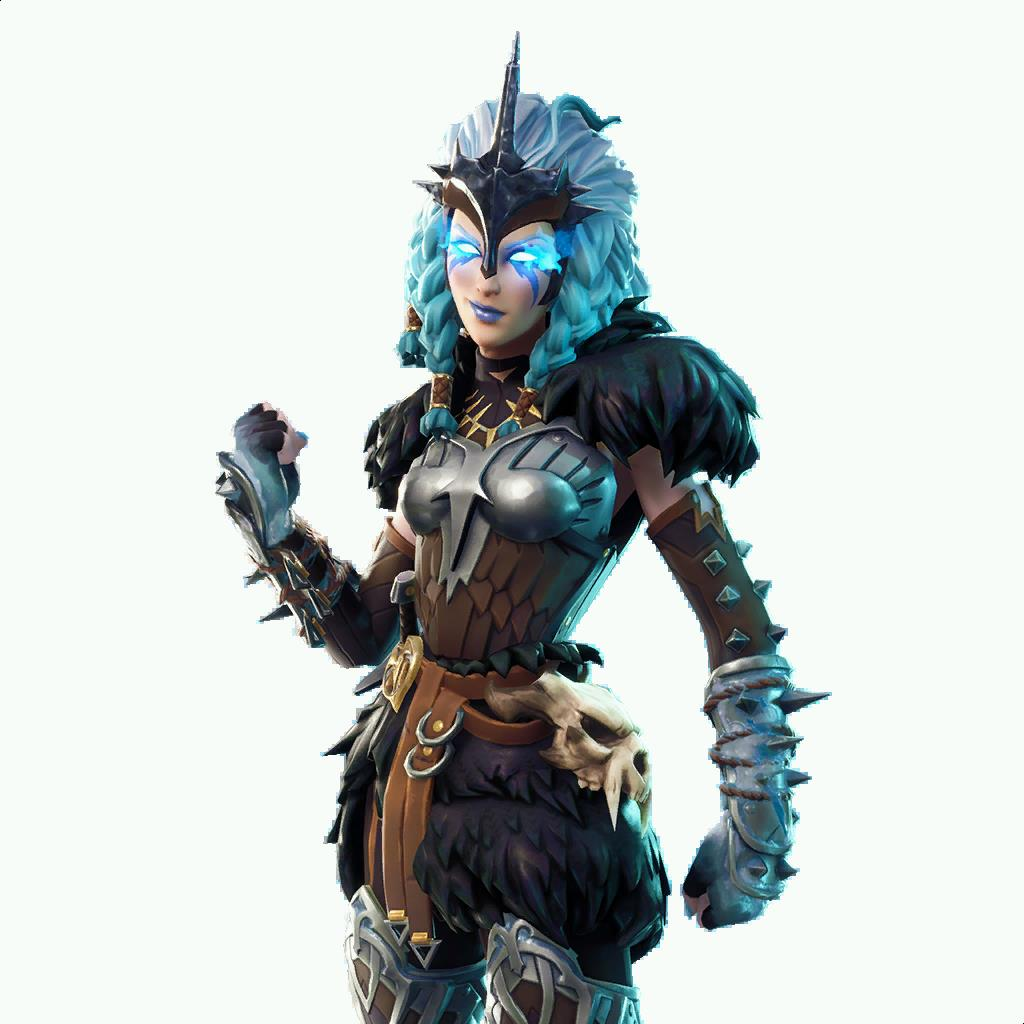 Valkyrie, a legendary Fortnite skin added to the game in September 2018, costs 2,000 V-Bucks. This Norse-themed skin served as the female counterpart of the final season five battle pass skin Ragnarok. Both skins feature ice blue hair with flaming eyes and viking-inspired armor. What makes this skin amazing is all the little details, like her amazing crown, the animal skull on her left hip, and her elegant leggings.

Valkyrie is a great skin for players who enjoy the fantasy-themed cosmetics.

Calamity is a legendary skin that was first released during Fortnite Season Six. She was only available through the battle pass, and like Ragnarok and Omega, players could earn various customization options. Her final tier skin ended up being one of the best skins in all of Fortnite. Calamity’s dark leather clothing and black cowboy hat matches the season six Halloween aesthetic, but her character design is cool no matter what time of year it is.

Fate is a legendary skin that costs 2000 V-Bucks to purchase and was first added to the game in June 2018. She was part of the Overseer set, which featured a number of morally ambiguous anti-heroes from Season Four’s superhero theme. This skin features a stealthy agent aesthetic. Her hood looks great in game, the body suit is quite fashionable, and her gauntlets are reminiscent of Batman. It is clear from the design that this secret agent prefers attacking from the shadows, and she dresses for the occasion.

Brite Bomber is a rare skin that costs 1,200 V-Bucks to purchase and was first released in December 2017. Brite Bomber is essentially a bright punk version of the Ramirez default skin model, complete with a ripped up unicorn-llama t-shirt and bright pink hair. She is often depicted with her unicorn-llama pick axe.

She has remained one of Fortnite’s most iconic original characters since her release during the very start of season 2, and she will likely remain a popular choice for many years to come.

Dusk is an epic skin that was first released during Fortnite season 6, and was part of the Halloween themed battle pass. The skin shows a female vampire with bright red eyes, purple lips, white hair with a hint of pink to it, and bat wings. She is wearing an all leather outfit and has some dangerous-looking spikes coming from her fingertips. Epic really nailed the goth aesthetic when they put together Dusk.

This skin fits the theme of season six perfectly and continues to be a great choice for players who enjoy vampire lore or Halloween.

Whiteout is an epic Fortnite skin that can be purchased for 1500 V-Bucks and was first added to the game back in August of 2018. This skin was part of the Vanishing Point set, which featured her male counterpart wearing bright white motorcycle gear. You can use Whiteout with the helmet on, or you can take the helmet off to reveal a blonde haired woman underneath.

This skin was an instant classic upon its release back in season 4, primarily due to its minimalist aesthetic and conceptual clarity. This skin depicts a motorcycle driver in white, nothing more and nothing less.

Red Knight is a legendary Fortnite skin that costs 2,000 V-Bucks to purchase and was first released back in 2017. This skin was released originally as part of the Fort Knights set, which featured a number of different knight skins, all of which are very cool. Red Knight stands apart from the rest of the knight skins due to how early she was released during season two and her lasting popularity in game.

Parts of this skin show their age a bit when it comes to texture quality. The place where her tunic meets her pants is a little flat and the chainmail would probably look better if Epic made this skin today. Even with its minor drawbacks, though, this OG skin remains a mainstay for many players.

Astra is an epic skin that costs 1500 V-Bucks to purchase and was first added to the game in October 2019. In many ways, Astra’s character design challenged Epic’s philosophy of design up until that point. While Epic had mad a number of diverse and interesting female skins in Chapter One, during the Chapter Two graphical overhaul, the developer took the opportunity to work on how it presented faces, especially female faces. The resulting changes made female character models much more unique from each other, which in turn added more individuality to each new skin.

Astra has beautiful dark hair with a hint of bright blue streaking through some strands. She wears a bodysuit that can project various dynamic patterns of stars and constellations. She has appeared in the shop a number of times since she was first released, and she remains one of the most visually interesting skins in the game.

Catalyst is a legendary Fortnite skin that was first added to the game during season 10. Catalyst is part of the Drift set and could be unlocked as the very first skin on the season 10 battle pass. She is the female counterpart of the season 5 final battle pass skin Drift, with both skins featuring the same style cat mask. Catalyst, however, prefers a more casual cyber punk look, wearing a stylish black hoodie underneath a high class modern trench coat. Her mask has bright purple eyes and she uses black running shoes rather than Drift’s colorful sneakers.

Her black and purple urban vibes are a great addition to the game and an excellent compliment to the more brightly-colored Drift skin.

Cuddle Team Leader is a legendary skin that costs 2000 V-Bucks to purchase and was first added to Fortnite in February 2018. While you may have seen this teddy bear-inspired skin on other players in game, you may also recognize it from Fortnite’s account security PSA campaign, in which Cuddle Team Leader reminds you not to share your password information with anyone!

This is one of the most unique skin styles in the game due to its oversized plush head. It was one of the first skins to really challenge Epic’s initial skin proportion rules. Since the addition of this skin, Epic has really branched out with their skin designs by making an anthropomorphized banana skin and a skin of a watery blob person named Rippley.

Cuddle Team Leader remains one of the Epic’s weirdest skins, but it has become rather iconic in the Fortnite community.

Galaxy Scout is a legendary skin in Fortnite that costs 2000 V-Bucks to buy and was first released in August of 2020.  This skin is the counterpart to the original Galaxy skin, which featured a male character model with a very similar galaxy aesthetic. Unfortunately, that skin was only give to players who purchased a Samsung Galaxy phone, so it was quite rare. Luckily, Epic released this skin, which is arguably better, and is available in its normal store without the need to purchase of a very expensive phone.

While the galaxy design which makes up this skin is cool in its own right, the sneakers, short white hair, and fingerless gloves were nice touches that really helped bring a unique character to this design. 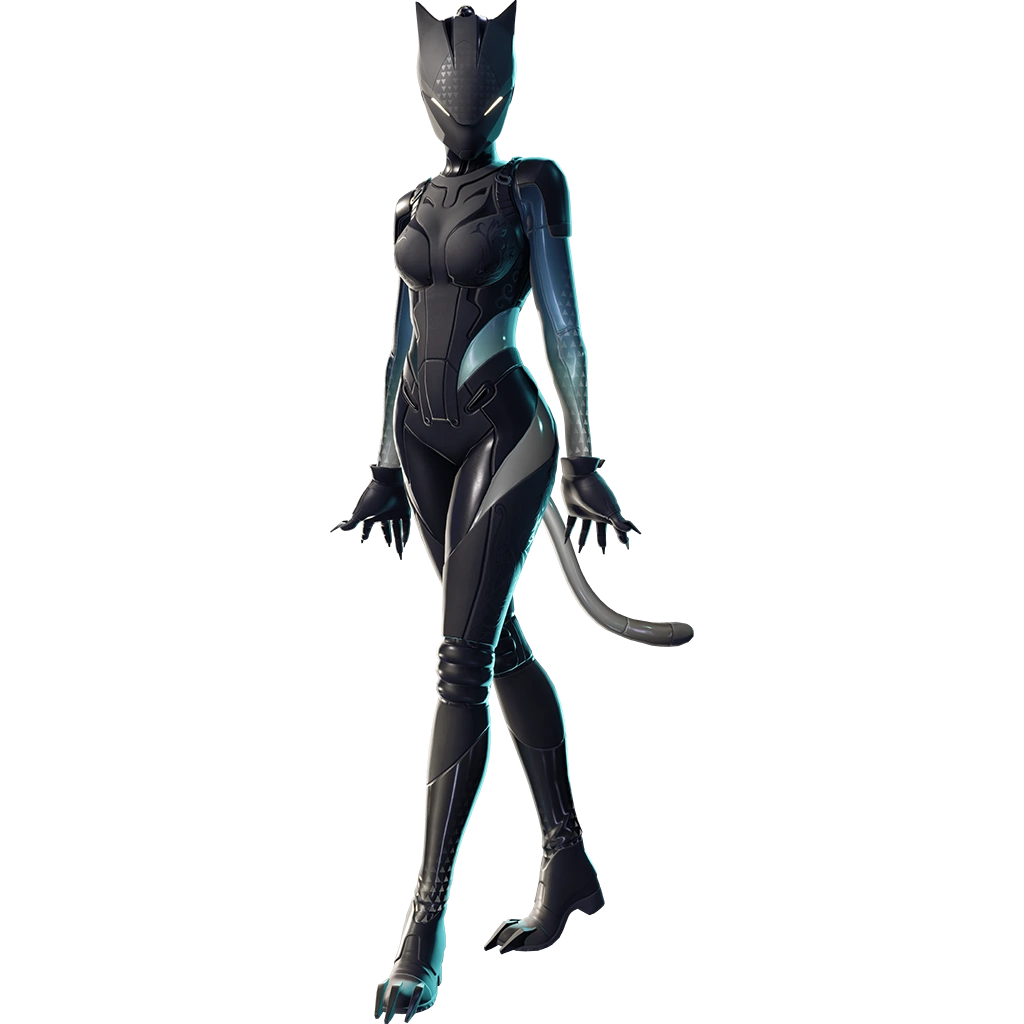 The versions without her helmet really bring out Lynx as a character by depicting her with large rimmed glasses, pink hair, and a cool backward hat with ears on it. It is cool that the early tier versions of the character show you the girl behind the mask. Lynx remains one of the coolest battle pass skins to date, and definitely belongs on the list of best female skins in Fortnite.

Ember is an epic Fortnite skin that was added to the game as part of the season eight battle pass. This skin depicts a fantasy-themed dark elf design with a fire motif. The character design shows so many great details, including her elegant chest plate, her flowing silver hair, and her glowing eyes, and of course her fiery hands. Players who participated in the season 8 overtime challenges could even unlock a blue flame version of Ember as well.

As far as fantasy-themed skins in Fortnite, Ember is hard to beat.