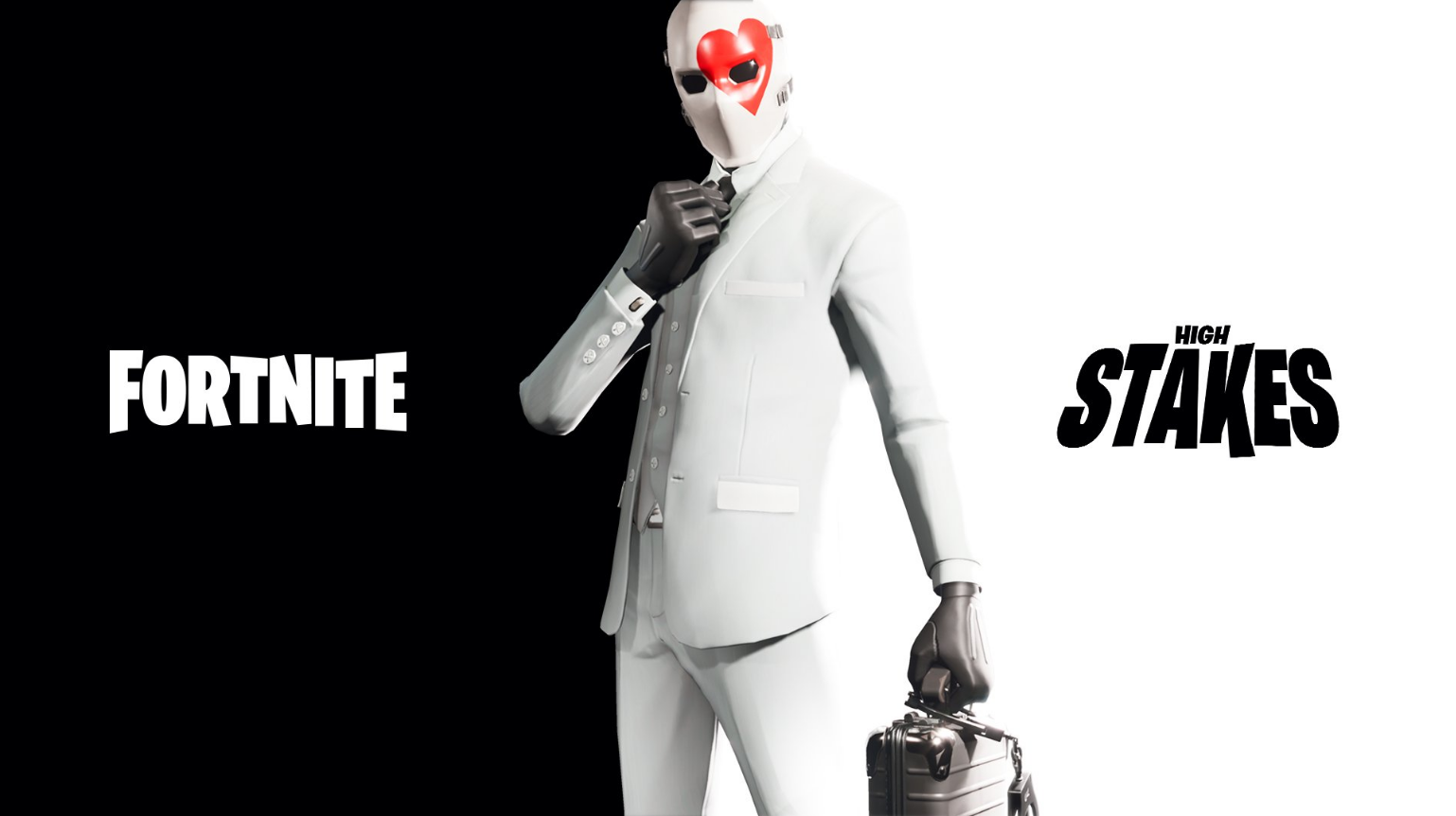 In a tweet put out this morning, Epic Games revealed High Stakes, though very little further information about what to expect from it. The developer did say that it would feature a new limited time mode called Getaway, a new outfit called Wild Card, and challenges.

In another tweet, Epic said to get a first look at High Stakes gameplay during its PAX West stream all weekend long, starting tonight at 8pm CT. All of the video will be streamed on the game’s Twitch channel.

The original tweet featured emojis for a heart, club, diamond, and spade, so it’s possible that the new event and mode could have something to do with gambling or betting. Anticipate some kind of casino or Danny Ocean-like theme.

More information will be revealed about High Stakes and Getaway in the coming days, but the new event should be playable some time next week in Fortnite’s 5.40 update.