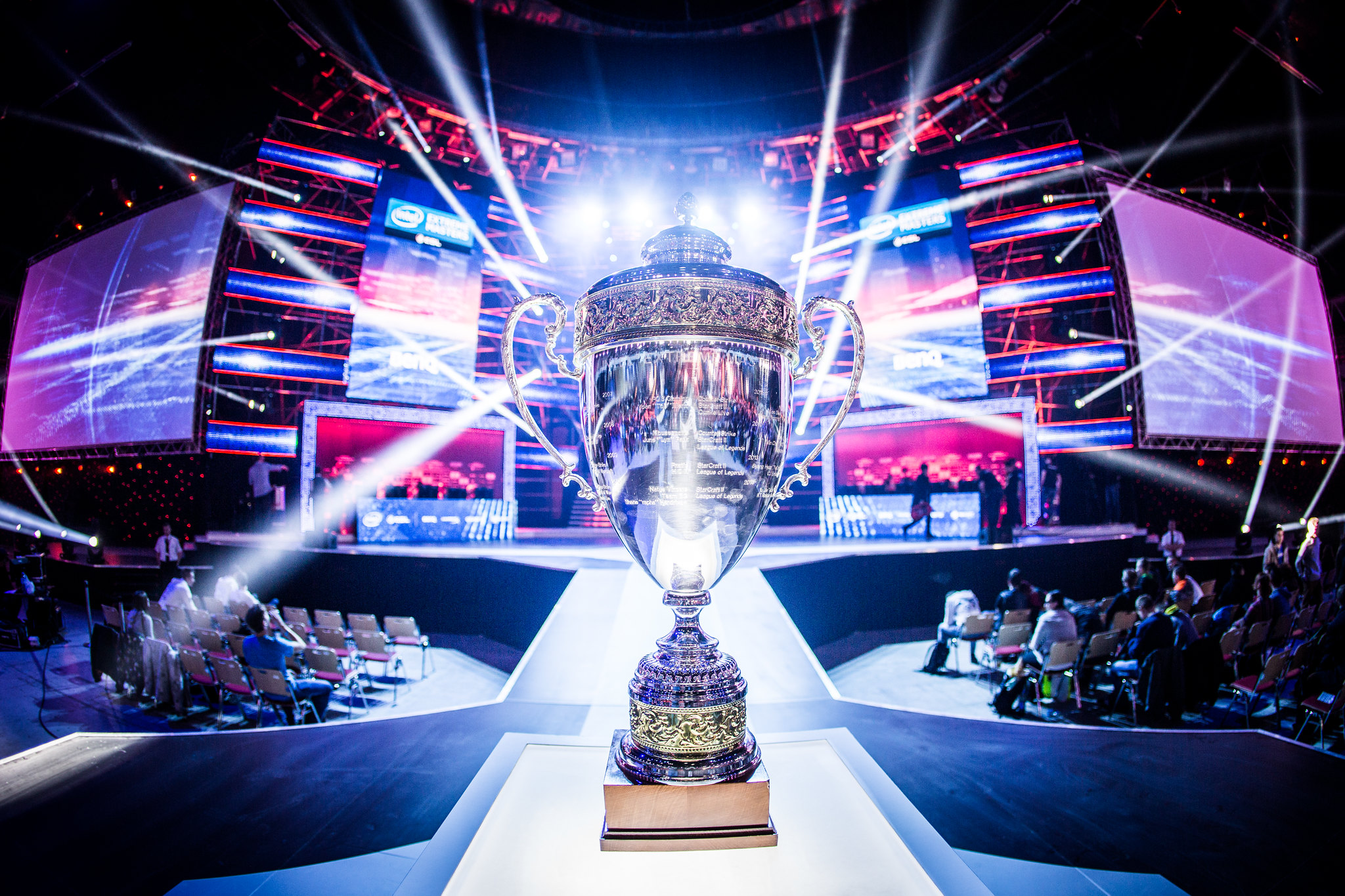 With the annual Katowice event coming up in a couple of days, I’ll be highlighting some of the more prominent storylines to consider heading into the prestigious event.

As a disclaimer – unlike previous years, this years’ Katowice event is not valve sponsored thus the event will not have stickers or drops. The lack of valve sponsorship has also resulted in the use of a different format. At this years’ Katowice, only twelve teams will be in attendance. In place of the normal double elimination, GSL style groups, Katowice will be utilizing the classic IEM counter strike format; two six team round robin group stages with the winner of the group stages being directly seeded into the semi-finals and the 2nd and 3rd teams in the group stage progressing onto the quarter finals. The format will allow every team to play in a minimum of 5 matches against 5 different opponents which is great for the teams that have to travel half way across the globe.

For a full list of teams in attendance and groups they’ve all been placed in, head over to this page.

Now onto the storylines!

EnVyUs – Reigning World Champions – Have Struggled Since Their Major Victory. Will Katowice See Them Recover From Their Slump? Following the addition of apEX and kennyS, the star studded roster had secured themselves 4 premier tournament victories including the major championship at Dreamhack Cluj Napoca and world championship title that came along with it. They cemented themselves as the number one team in the world, as analysts had predicted, but their claim to the throne was incredibly short lived. At the FACEIT stage 3 finals, less than a month after the Cluj Major, EnVyUs bombed out of the Dreamhack Winter event in last place following consecutive losses to an all but dead Ninjas in Pyjamas roster and the rising stars of Brasil, Luminosity.

Their uninspiring performance carried on into the following two events. While they did show some semblance of hope overcoming fnatic in the group stages of both events, their success vs. the now number one team in the world didn’t amount to much as they quickly dropped out of both events in the semi-finals following back to back 2-0 losses to Na`Vi.

At the Gameshow Global Esports Cup –a tournament that lacked most of the top competition -they did manage to secure themselves their first title of 2016, however, no momentum was generated as they quickly fell at the hands of Fnatic (who they previously miraculously maintained a 4-0 record against) and Astralis (who they previously maintained a 12-2 record against) at ESL Expo Barcelona. The losses saw them fall out of the tournament yet again outside of the top 4.

For a team that had aspirations of becoming one of the most dominant teams in Counter Strike history, the future looks rather dreary. Especially when you take into consideration mentions of internal conflict which were brought to light by the former in game leader; Happy, who opted to give up his role to NBK following the teams struggles. In preparation for the Katowice event the roster has been boot-camping at their gaming house in Nice. Will this preparation bear fruit? Will Katowice finally see the return of the dominant EnVyUs? I hope so else we could be changes could very well be imminent.

Will The Ninjas’ Changes Be Enough To See Them Rise From The Dead?

Nearly two years have passed since the fan favourites, Ninjas in Pyjamas, have held the title as the dominant force in Counter Strike. 2015 saw the worst year for the organisation (in terms of results) since its inception. Replacing Fifflaren with Maikelele and then Maikelele with Finnish star allu failed to bring much success to the previously dominant Swedish force. Often the butt of jokes for popular analysts such as Duncan ‘Thoorin’ Shields, have been clamouring to regain their former glory, however, their latest roster changes – or rather, change- has been underwhelming to say the least. With rumours of the entire roster breaking up, fans and pundits alike were excited to see where star player f0rest and GeT_ RiGhT would land; however, we were all left disappointed as day by day the organisation revealed one player and soon enough we realised that the organisation had, for whatever reason, held on to four of the previous line up with the only replacement being pyth in allu’s stead.

Surprisingly, the most exciting change in Ninjas in Pyjamas was their late announcement of tactical master mind, THREAT – who had been studying abroad in Japan – as their coach. The change inspired hope; it alleviates Xizt of his calling role, allowing him to focus more on his individual play and brings a much sought after strategically approach to the Ninjas in Pyjamas team.

Whether or not the changes are enough to return the Ninjas to their former glory is left to be seen but if their performance in the ESL pro league is any indicator then there might eventually be something that Ninjas in Pyjamas fans can finally cheer for. Fnatic Are The Best Team In The World – Will They Continue Breaking Records And Rewriting History?

The new fnatic roster has secured themselves 5 tournaments in a row – two of which were $250k events – and a victory at Katowice would net them their 6th tournament victory in a row, 3rd $250k tournament victory with this roster and a decent sum of $450’000 in prize money in just 3 months. 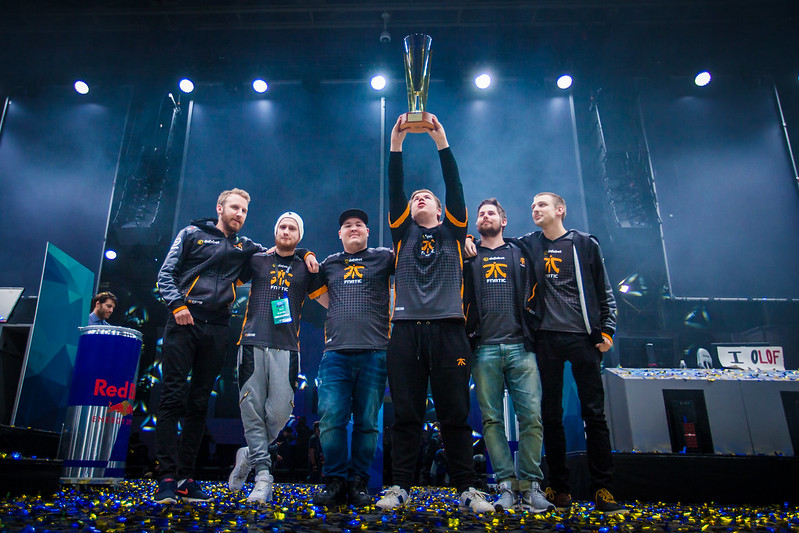 The roster change initially seemed rather dubious; they’d be giving up their main shot caller, forcing one of their star players, flusha, into the in game leader role, and at first it seemed like fnatic hadn’t quite figured out their optimal playstyle or how to adapt dennis to an adequate position on the roster. However, the introduction of dennis undoubtedly reinvigorated the team – especially olofmeister, who quickly returned to his superstar form – and there’s no denying that his presence has been vital to their incredible, unprecedented run; a run that surpasses anything that the previous fnatic roster – the undoubtedly best roster in CSGO history to date- ever managed achieved.

And the most worrying thing for their opponents is that they show no signs of slowing down. Their incredible endurance, composure and ironclad mentality makes it so that they’re never out of a match until their opponents have secured their sixteenth round. There can be no mistakes, fnatic will punish you and steal away your hardworked advantage instantaneously. Give them any opening and they will take advantage of it to its fullest extent.

Can any team stop them? Asia Lacks A Developed CSGO Scene; Can The Mongolz Lead The Way For Asian Counter Strike?

Surprisingly stomping Renegades in the finals at IEM Taipei Minor, The Mongolz secured themselves a spot at the MLG major qualifier (due to inability to acquire visas in time they were incapable of attending the qualifiers) and a spot the IEM Season X Katowice World Championship where they will be the sole representatives of Asia.

Having never attended a relevant international LAN, The Mongolz are an unknown quantity.  Their star player, Machinegun, is the back-bone of the team. Coupled with his robotic aim, he’s known to completely take over a match single handily. But while he has incredible explosive potential, arguably rivalling even the best of Europe, he has yet to have a chance to prove himself against the best competition. Katowice will allow us to see whether he truly lives up to the hype of his stardom.

And while The Mongolz storyline itself is rather intriguing, the possible result of a successful Asian Counter Strike team spurring the growth of Counter Strike within the region is even more endearing.

Currently CSGO operates as the only major Esport without a well established, well developed, Asian audience. Games such as League of Legends and Dota 2 have greatly benefited from the inflated figures that come as a result of their massive Asian following. While CSGO easily rivals the aforementioned games in terms of viewership in the west, the overall viewership (and playerbase) is massively dwarfed. China alone makes up over 60% of the viewership for League of Legends and Dota.

Asia, more specifically Korea, have nearly always provided the strongest teams in any game they adopt. They take the level of competition, commitment and professionalism to the extremity and raise the entire professional scene. Counter Strike with the involvement of Koreans will surely be quite the spectacle, much like it was in Counter Strike 1.6.

Also, for CSGO to contend as the biggest Esports in the world it is mandatory that the Asian audience is attracted and what better way to accomplish that than to have successful Asian teams representing their regions on the international stage?

Success for The Mongolz could mean success for Counter Strike as a whole.

Virtus Pro Return To Their Home-Crowd At Katowice Looking Weaker Than Ever, Is There Any More Fuel Left In That Plough?

Katowice’s favourite, Virtus Pro, come into the event off the back of the biggest slump the roster has ever experienced. Speculation on the potential for imminent roster changes has surrounded the legendary champions of Poland.

Consistency has never been Virtus Pro’s strong suit. They are sporadic by nature. And while they’ll likely never be the number one team in the world, the Virtus Plough is capable of anything. When fully operating, the Plough is one of the most exciting, one of the most entertaining, most feared forces in all of Counter Strike; capable of running over the strongest teams in their peak form and churning out championships on the biggest stage.

But it’s an old, dysfunctional plough. That sits and lies and lingers and has sat and lied and lingered for far too long. Yet there’s hope. That hope, that potential that fans have built their faith on for years. What better stage for the Polish heroes to fulfil that potential than the Spodek Arena in Katowice. Their home country, in front of their home crowd in the very same location where two years prior they overcame the titans of Ninjas in Pyjamas, against all odds, to secure their first and only major victory.

Will Katowice repeat itself and see the Poles hoisting the recently elusive trophy in front of their roaring crowd? Storylines help elevate the entertainment value of sports; knowing the history of the teams and understanding the struggles, the conflicts, and the success stories offers fans a new level of intimacy and deep admiration for the hardworking players and teams. It helps signify and contextualize the importance of specific matchups and tournament victories. Counter Strike is fortunate to have a beautiful international circuit in which these storylines can thrive and as such, there are plenty more storylines this article has not touched at.