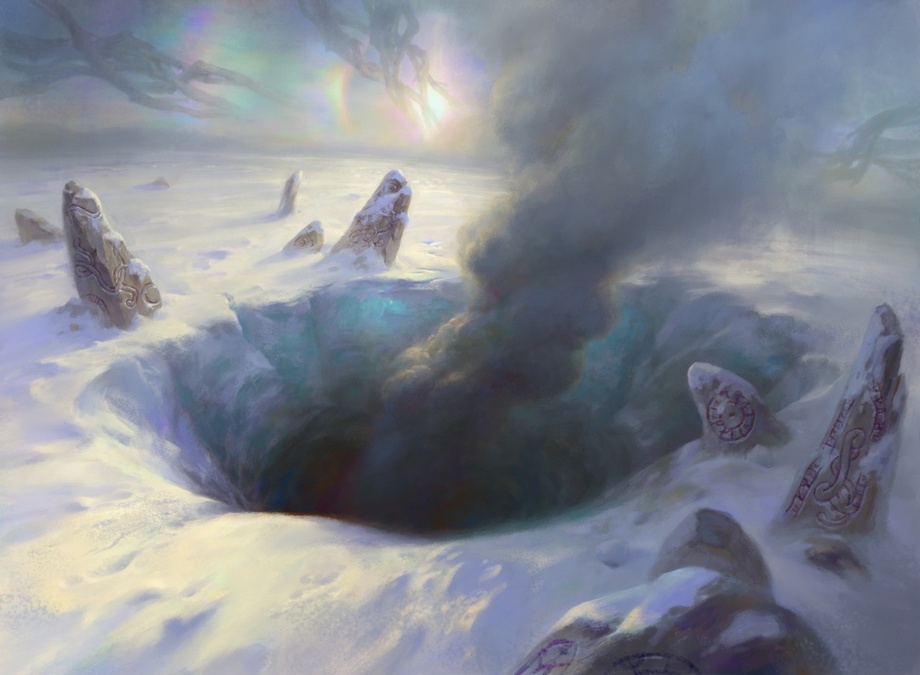 The cycle of uncommon two-color Sagas in Magic: The Gathering’s upcoming set, Kaldheim, is delivering support for fringe decks.

While Dimir Rogues and Gruul Adventures should remain at the top of Standard, Kaldheim will be a boon for decks like Selesnya Counters and Boros Equipment that are looking to establish themselves in the meta. Day five of Kaldheim spoiler season fleshed out the cycle with two cards that help sacrifice and counters decks.

Kardur’s Vicious Return is a nice piece of three-turn value. Sacrificing a creature for a Lightning Bolt is a solid transaction for Rakdos Sacrifice. The strategy already is looking to sacrifice creatures for value, so there should be some additional payoffs that fire at the same time.

The second and third chapter work together well. Discard a large creature and reanimate him, with haste, the next turn. Kardur’s Vicious Return would be played best on an already developed board, so dropping the Saga on turn four might not always be the best play. Out of the cycle of two-colored Sagas in Kaldheim, this has the potential to help anchor a deck.

Fall of the Imposter

The art depicts the downfall of Tibalt at the hands of Kaya and Tyvar Kell. As a story showcase, Fall of the Imposter is an excellent addition and a flavor win. Fall of the Imposter is a good card, too. Coming in on turn two or three, the Saga provides a nice buff to key creatures. This plays exceptionally well with Conclave Mentor, who doubles up the counters provided by the first two Saga chapters. The third ability makes the Saga more playable.

The best creature on your opponent’s battlefield isn’t always the one with the most power, but it is more often than not. Fall of the Imposter either deals with your opponent’s best threat or prevents them from casting it on curve. This should see day one play in Selesnya Counters in Standard.

Explore the story of Kaldheim through Sagas in Standard when the set becomes available in Magic Arena and Magic Online on Jan. 28. The expansion’s full release is scheduled for Feb. 5.