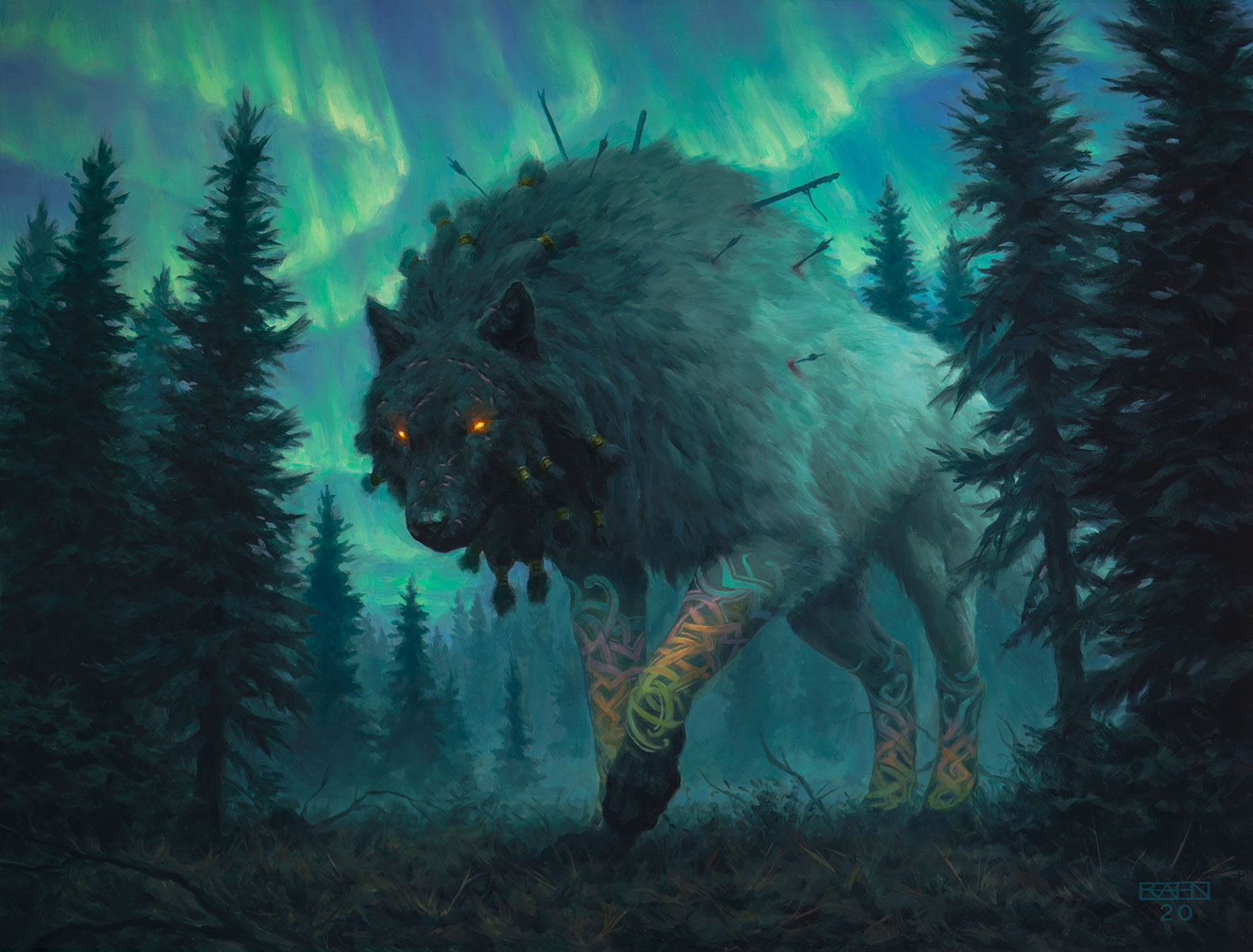 One of the aspects of Magic: The Gathering that draws players to the game is its expansive universe. Across 86 main expansions and dozens of supplemental sets, Magic has created a detailed multiverse full of interesting characters and compelling stories told in game and through side content.

Kaldheim is another addition in a long line of sets in Magic’s history that use a top-down approach by drawing influences from history and folklore. The Viking-inspired set accomplishes the goal Wizards sets out for with top-down sets. Kaldheim’s world building within the creatures, mechanics, and art all contribute to this expansion being one of the more memorable settings Magic has visited.

Kaldheim, released on Feb. 5, is inspired by the Viking culture of the 11th century. When developing the set, the world-building and design teams at Wizards of the Coast went through extensive research to fully understand the time period and stories they were adapting.

“We looked into pop culture depictions of Norse myths to get an idea of which allusions would be recognizable to a large percentage of our audience, and which ones would be in the category of ‘obscure Easter egg,’’’ Fleischer told Dot Esports.

The major touchstones of Norse mythology are in the set. Toralf, God of Fury and Alrund, God of the Cosmos are necessary analogs of Thor and Odin. These are more recognizable figures to the majority of Magic’s audience. Loki, Fenrir, Freyja are also well-known figures from Norse mythology that had their characters adapted into Magic.

Norse mythology takes place in a multiverse, which fits in well with Magic’s multiverse structure. The nine realms of Norse mythology were converted into 10 realms in Kaldheim, for the 10 color pairs in Magic. The world-building team created unique settings and inhabitants of the 10 realms along with five human clans.

“Kaldheim required quite a bit more concepting support than nearly any other plane, but everyone involved recognized its potential and gave it the resources it needed to be properly realized,” Fleischer said.

When drawing inspiration from folklore, the world-building team analyzes the setting to ensure there’s enough diversity in ecology, creatures, and legendary spells to make for an interesting set. It’s also imperative that the set works as a game first and foremost. This is where the fusion of setting and mechanics come in. The best practices of designing a Magic set are firmly in place. The goal is to use the source material to fit within those best practices to create a cohesive set, Fleischer said.

“If something doesn’t fit into a set’s default structures and mechanics, we either design a bespoke mechanic to express that element, find a way to express it in art or flavor text but not mechanically, or discard that element,” Fleischer said.

Kaldheim’s new mechanics, Foretell and Boast, are representative of how top-down sets can take advantage of a setting to create flavorful gameplay. When designing sets, the team is looking for recurring elements or themes found within the source material, Fleischer said. This led to the creation of Foretell, which plays off the prevalence of prophecies in Norse mythology. This also extends to Boast and the return of sagas and Shapeshifters in Kaldheim.

Magic content creator and history professor Jacob “Nizzahon Magic” Lackner specializes in medieval history and recognizes Kaldheim as an extension of Wizard’s run of strong top-down sets. Lackner pointed out the inclusion of strong equipment and vehicles in Kaldheim let him know the flavor was on point.

Technology was the big advantage Vikings had over their contemporaries in the region. They had the best ships which made them formidable foes. Vikings also had more advanced equipment due to the quality of their iron.

“[Vikings] basically had stronger, sturdier weapons than everyone else,” Lackner said. “Equipment is a huge focus in this set and that makes perfect sense as well. I think they do a really good job with these sets and know what they’re doing.”

Viking culture and folklore has always been an interesting topic in the mainstream, but it’s recently seen a boost in related media. Assassin’s Creed: Valhalla, Vikings, The Last Kingdom, and even the Marvel Cinematic Universe’s Thor movies brought their take on Viking history to the forefront. Lackner said in his experience teaching, students are particularly interested in medieval classes, which is in line with how popular Viking-related media is.

“The Middle Ages are interesting in that people have a lot of vague knowledge and things they think they know about them and images of it,” Lackner said. “I think that makes people want to learn more in a way that they don’t about other things.”

The popularity of Viking media wasn’t lost on Fleischer and the world-building team when creating Kaldheim. Fleischer said the team spent a lot of time thinking about how they were going to make their project fresh and exciting for players. The unique medium of a card game helps the team explore the setting from a new angle. The roster of concept artists available to Wizards, alongside the established Magic universe, was a boon when it came to creating a setting that was all their own.

Kaldheim’s approach to adapting Norse mythology and Viking culture in Magic appeared to live up to expectations. The rumors of a Viking-themed set circled around fan communities for years, and finally, Wizards delivered. Kaldheim joins Amonkhet, Theros, and Arabian Nights as testaments for how well Wizards and its world-building team can approach a top-down set.