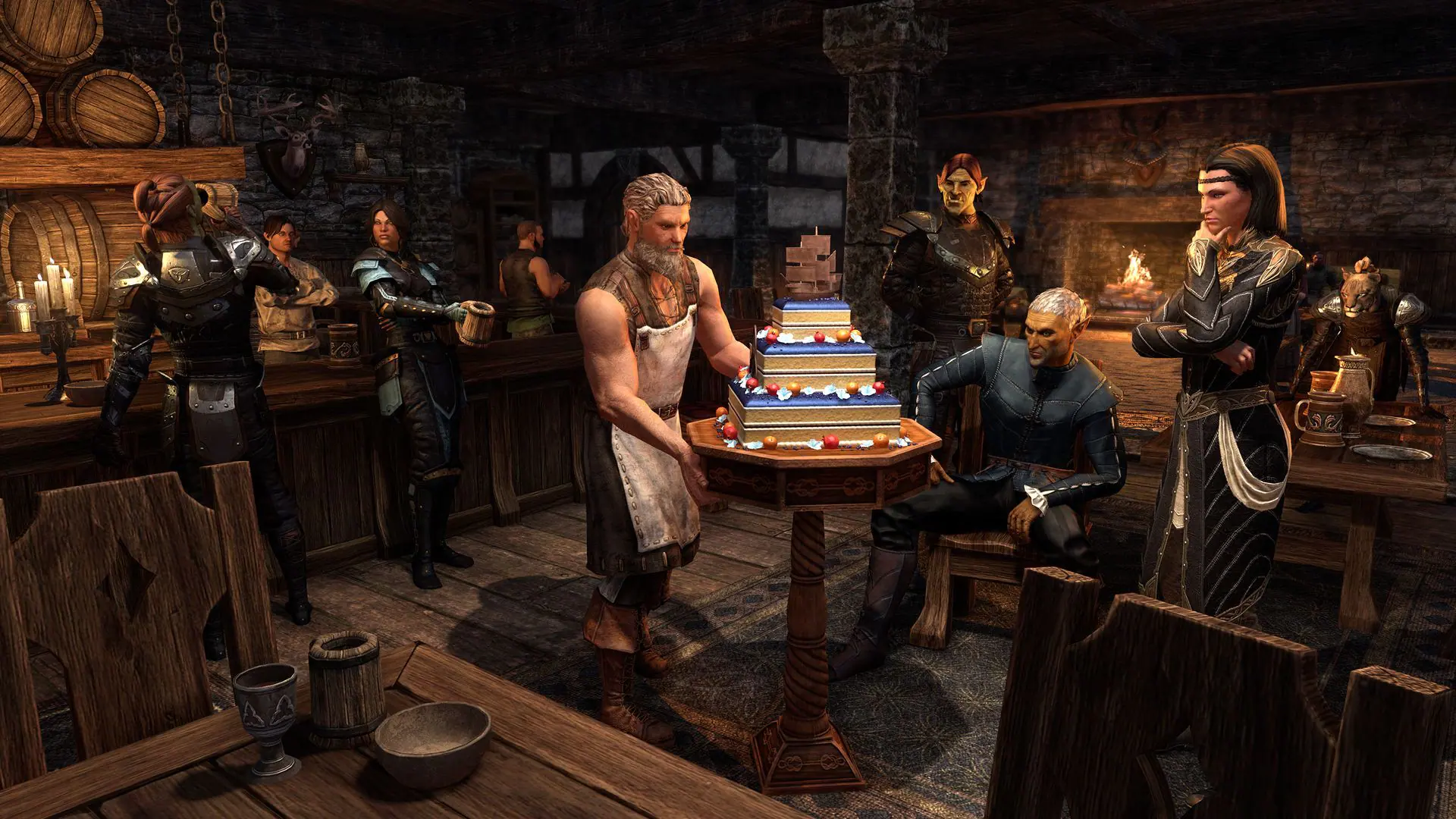 The Elder Scrolls Online turns eight today, and Zenimax Online Studios is giving players the chance to celebrate all over Tamriel with the Anniversary Jubilee event, which kicks off on April 7. Until April 19, players can take advantage of double XP, get additional rewards, and stock up on Event Tickets.

Like most other events, players can use a celebratory item to get a boost to their awarded XP. Consuming this year’s Jubilee Cake will give players a 100 percent XP boost for two hours. To obtain the cake, you’ll need to complete a quest with Chef Donolon, which can be acquired (for free) in the Quest Starters section of the Crown Store.

Eating cake gives you more than just double XP for two hours, however. The first time you eat cake every day, you’ll receive three Event Tickets, with a total of 39 Event Tickets up for grabs throughout the event. Players can trade these with the Impresario to obtain the Soulfire Dragon Illusion pet fragments, two-thirds of the upcoming Aurelic Quasigriff mount, parts for the Aurora Firepot Spider pet, new Bound Style Pages for the Saberkeel armor style, and goodie bags with other rewards. The final ingredient for the Aurelic Quasigriff mount will become available sometime in the second quarter, according to Zenimax.

With nearly 40 Event Tickets up for grabs during the 12-day window, players should have more than enough chances to pick up some of the Impresario’s rewards. Players can only hold 12 Event Tickets at a time, however, so they should keep an eye out and spend their Event Tickets to obtain more.