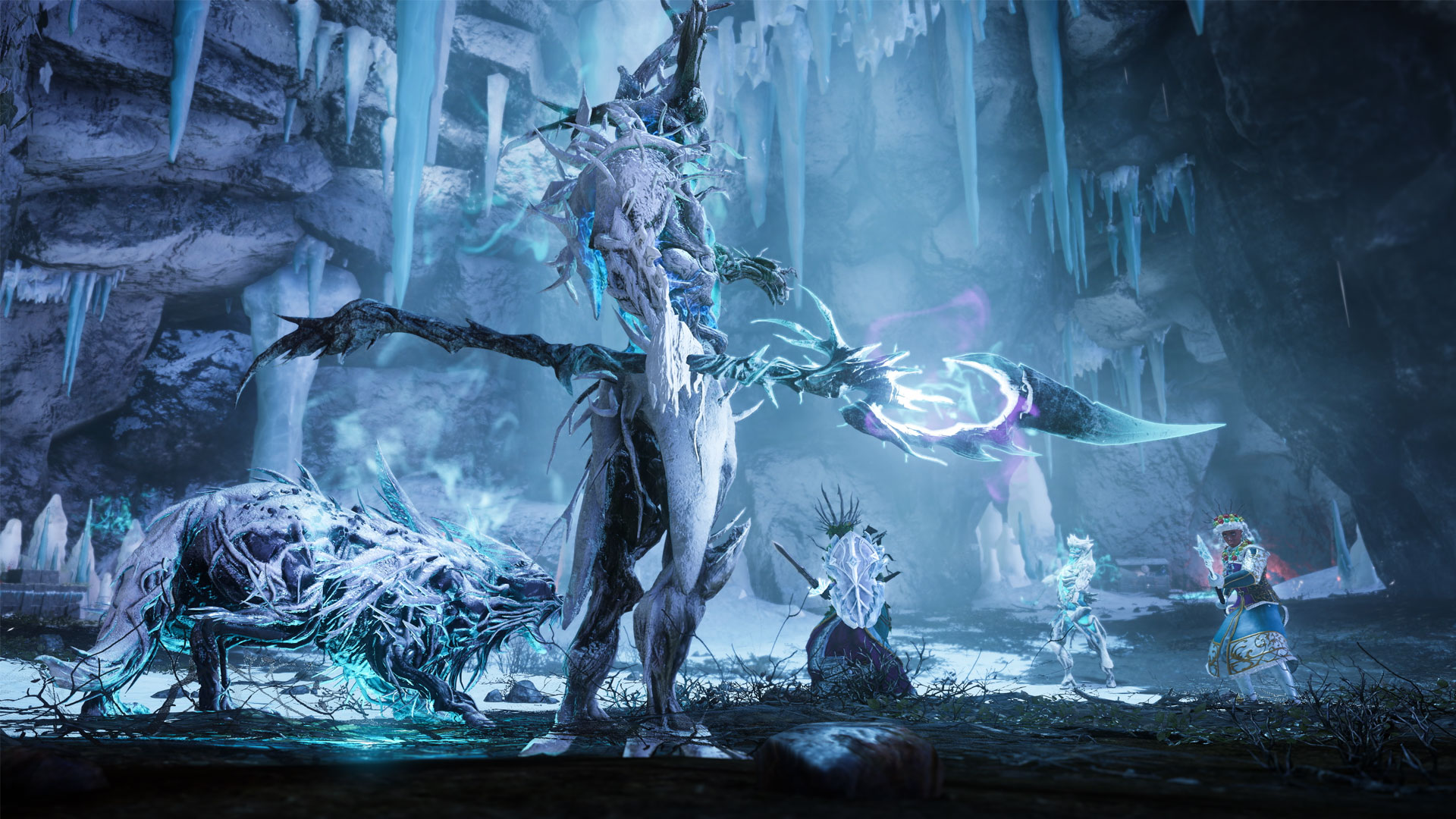 Amazon Game Studios are again giving New World players a chance to test out upcoming content to the game early, thanks to an update headed to their Public Test Realm.

The first major update to the PTR will include a ton of holiday festival-themed content, as well as more quests, features, and PvP changes. This PTR update will include Aeternum’s holiday of Winter Convergence, bringing snow to unlikely places in the world and making the Northern Lights present in the sky above. You’ll find Winter Villages set up in major territories where you can complete quests for gifts.

It isn’t all positive, though, as you’ll find Ice Caves appearing around Aeternum with their own unique enemies to take on. You’ll also have a handful of side story quests available in territories that revolve around the Winter Convergence event to complete.

Along with the new content, this update has added some big changes to New World’s endgame. High Water Mark has now been renamed to expertise, which can be seen within your inventory to help with tracking progress. Also, Gypsum has been added to the game. This is a resource that can be acquired from daily activities and crafted into casts of weapons, armor, or trinkets that guarantee an expertise buff.

There is a pair of new endgame POIs now added that will offer more difficult challenges for players with the chance of finding elite chests. Malevolence and Imperial Palace have also had their difficulty increased to level 66.

Finally, the PTR now has added more rewards for those who use trade skills and there have been a handful of changes to PvP gameplay. You can check out a full list of everything included in this PTR patch here.