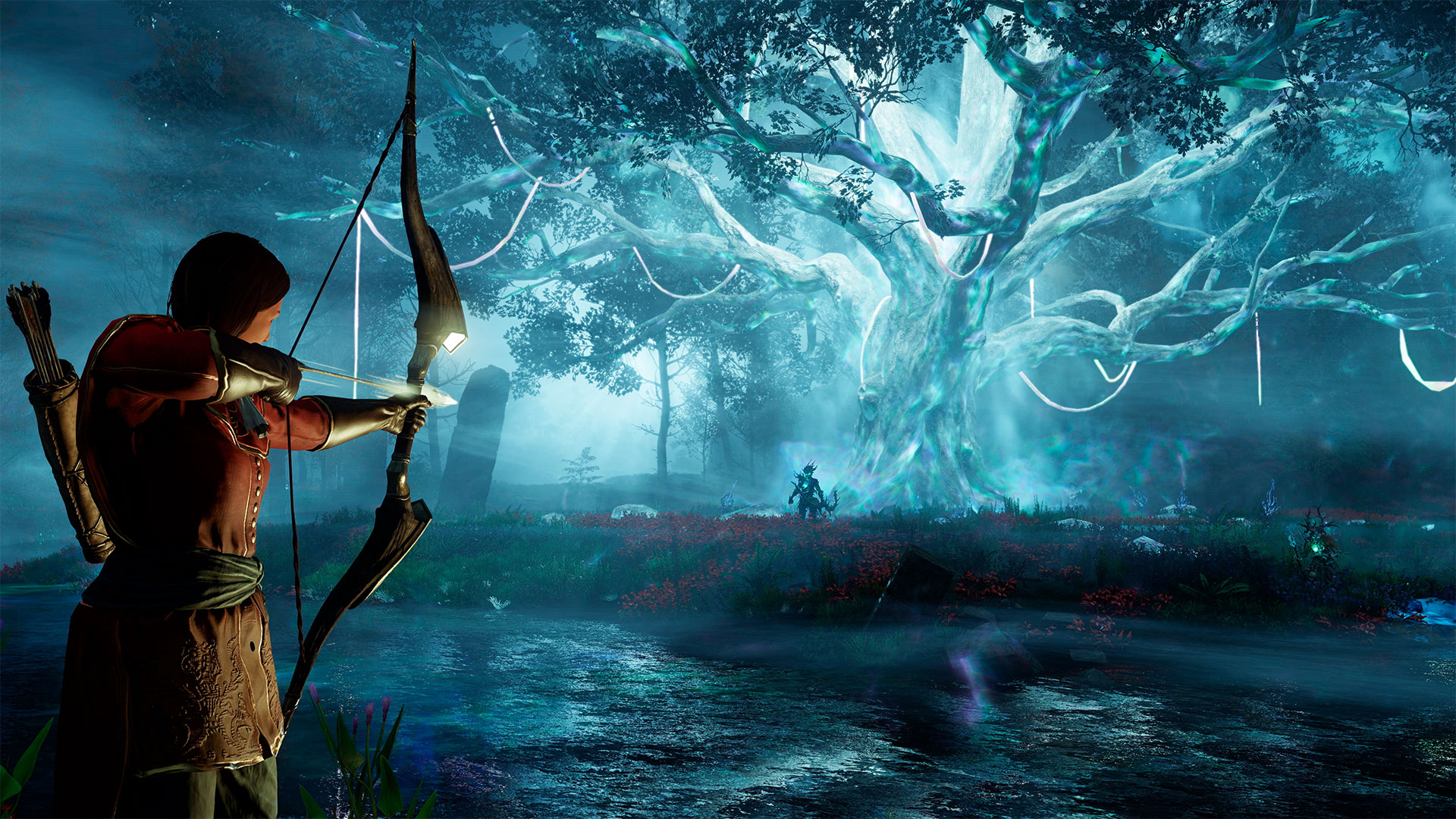 The New World dev team has come out once again with an update video for players to get an idea of what has been going on with the Amazon MMO over the past month and as well as some of their future plans.

In the hour-long clip, the team spoke about their February update, which consisted of bug fixes and remedies for other issues plaguing the world of Aeternum.

“We fixed more than 700 defects in this build alone. Fixed about 350 minor bugs, and 225 tasks that were improvements,” said Greg Jones, New World’s lead QA. “Most of the things we fixed were things discovered after we launched. We fixed a lot of major issues people would see and experience, but also added some polish to existing systems.”

As for new content, February didn’t include any major additions for players. Quality of life additions were made, however, including a reduction of fast traveling fees.

“One of the things we’re working on that should be in the Feb build is reducing the cost of Azoth travel. Big boon, teleport anywhere you want at any time,” New World’s creative director David Verfaillie said. Reducing inn recovery time from an hour to 30mins. Resetting the cost for your house recall as well.

“A lot of reductions,” the Amazon Games developer added. “You’re going to be able to move around the world really freely, it’s going to be great.”

During the update, the team also touched on server merges and combat game mode changes. This update was filmed prior to the distribution of server transfer tokens on Feb. 15; that was one of their main solutions.

Things in Outpost Rush are set to improve in the future too. According to the team, changes will be added to make the game mode more rewarding both with new loot and features to help the whole team contribute to the win.

“We were trying to combat bots, they were pretty big issues. But we feel like we got a better handle on those now, and we’re going to start to look at the scoring system,” Verfaillie said. “The rewards are getting a major overhaul in February also, that’s really exciting. So not only are you going to get better weapons from the caches, the caches have a higher chance to give you an expertise bump, and you’re going to get faction tokens.

You can check out the entire update on New World’s YouTube page here.