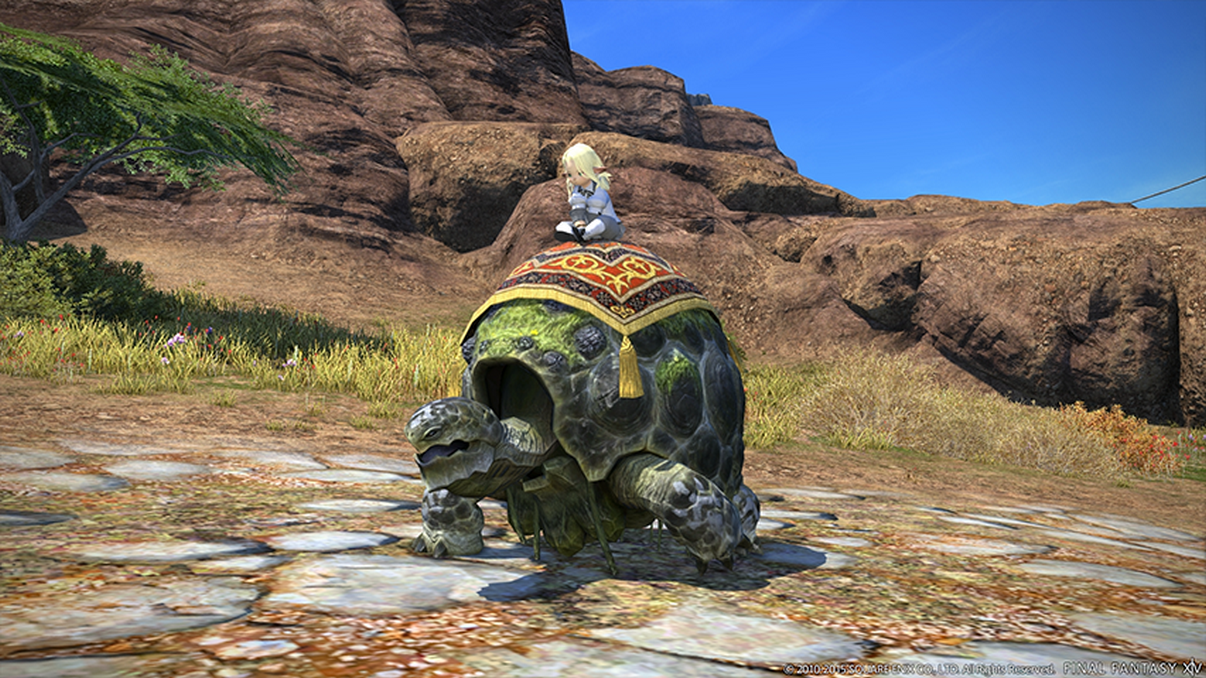 Final Fantasy XIV offers endless customisation choices for the players, featuring many different aesthetics and themes, the most common of all being animal mounts. The Adamantoise belongs to this category, but despite its appearance, it’s far from ordinary.

The Adamantoise mount is one of the most popular in the game because of its peculiar way of flying. When the players leave the ground, the turtle-like mount hides its legs and head into its shell to start spinning endlessly, with sand particles flowing around it.

For this reason, this mount is fun to use, although it’s not the case at all for the character who spins with it. And to top it off, it’s not a difficult mount to unlock, although it will still require a bit of grinding. Here is how to get the Adamantoise whistle on FF XIV.

How to unlock the Adamantoise mount in Final Fantasy XIV

To unlock the Adamantoise mount, the players must have unlocked the Gold Saucer area in the Thanalan region. It can be done by completing the quest called It Could Happen, which can be started in Ul’dah.

The whistle to summon the mount can be purchased for 200,000 Manderville Gold Saucer Points (MGP) to the Gold Saucer Attendant in the Entrance Square, to the West of the main Aetheryte. The MGP can be earned by completing the numerous events and games in the area, as well as participating in the Fashion Reports, which reward the highest amounts of MGP–50,000 for participating every week.

Then, you’ll be able to summon the mount and spin your way through the lands of Eorzea.