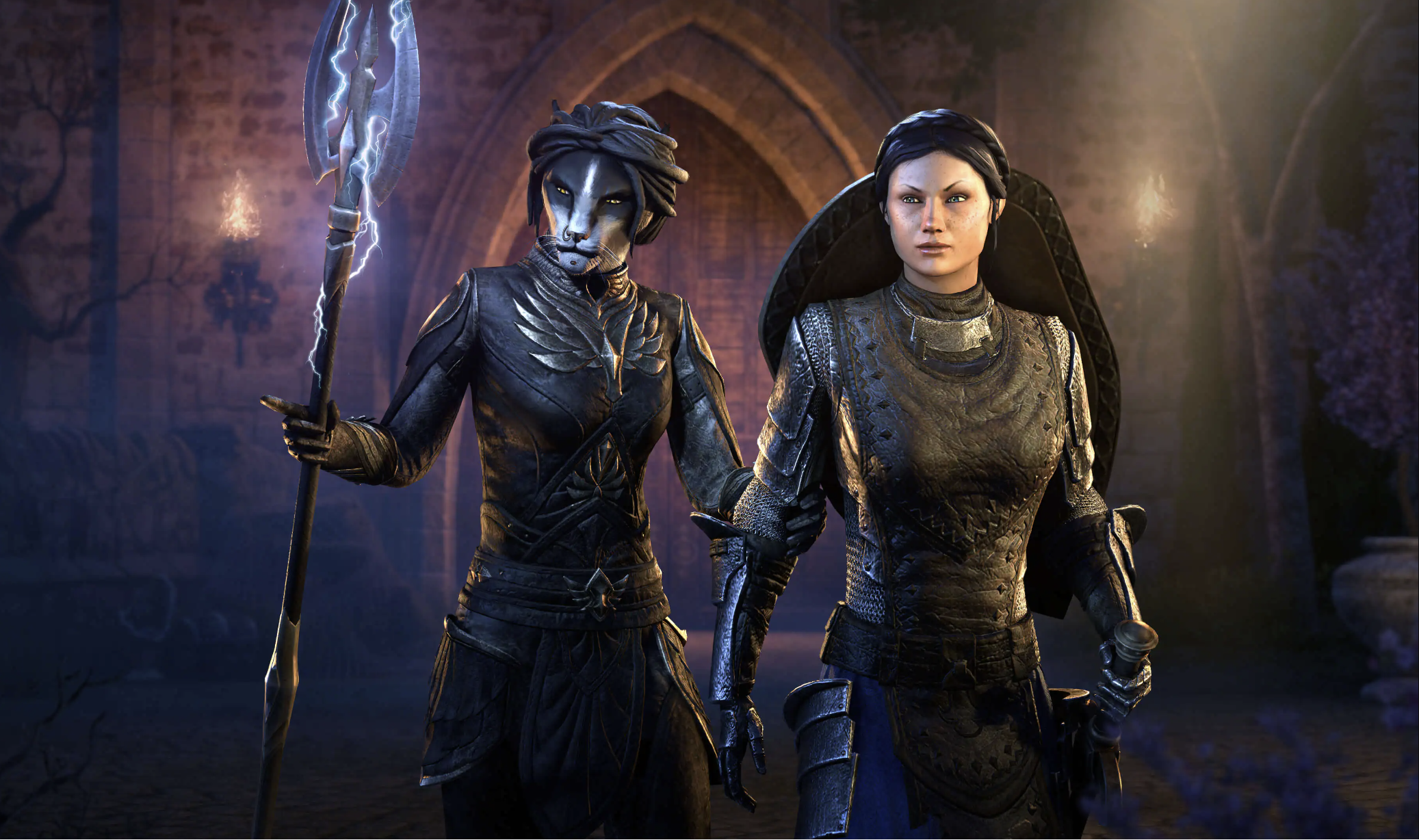 The Elder Scrolls Online players are just beginning to set out on their new adventures through High Isle and Amenos with the game’s latest chapter, High Isle.

While making their way through the homelands of the Bretons, players will meet an array of interesting characters. Although most of them are locked to quests, the High Isle expansion adds two more names to the MMO’s list of existing Companions, characters that follow players around and assist them in their endeavors.

As they travel through High Isle, players will be able to add Ember, the Khajit sorcerer, and Isobel Velois, the Breton knight, to their collection as Companions, calling on the two characters whenever they need a helping hand.

Who is Ember in ESO?

Ember is an aspiring mage players will meet early into their High Isle adventure. As a former street kid, she’s described as a “certified disaster” who oftentimes finds herself in trouble, despite her good intentions. When players first meet Ember, she’s working as an apprentice to Magister Irin in Tor Draioch.

How to get Ember as a Companion in ESO

Before players can unlock Ember as a Companion in ESO, they’ll need to complete her questline in Tor Draioch.

To start Ember’s questline, simply head north from the Gonfalon Bay. You’ll eventually find the Draioch Wayshrine where the two roads converge. Nearby, an NPC named Ladlow Menant can be found being harassed by a Mote. Speak to him to start the quest “Tower full of Trouble,” and he’ll direct you to Ember.

Quest markers will eventually lead you to the Khajit. After speaking to Ember, players will learn that she’s lost control of a spell, upsetting nearby Motes and turning farm animals into humans and Magister Irin’s chef, Huldressa, into a guar. Ember will ask for the player’s help, and after a series of tasks—including setting up Mote traps, transforming the animals back into their usual selves with the Spoon of Undo, and performing a final ritual—Tor Draioch will eventually return to its normal state, all before Magister Irin arrives on the scene. That doesn’t stop Huldressa from spilling all of the details of Ember’s screw-up to Irin, who’s mostly amused by the situation.

After you speak to Magister Irin, Ember will tell you she’s ready to leave her mentor and Tor Draioch behind to embark on her own adventure. Once you close out of her dialogue, the Khajit will automatically appear in your collections menu under the Allies and Companions tabs.

From there, you can summon her by your side at any time. She’ll fight alongside you, and you can level her up with experience gained from killing mobs. Her abilities are mostly spells and magic-based attacks, as one might guess from an aspiring mage. You can also talk to her occasionally to get a read on how she feels about the partnership.