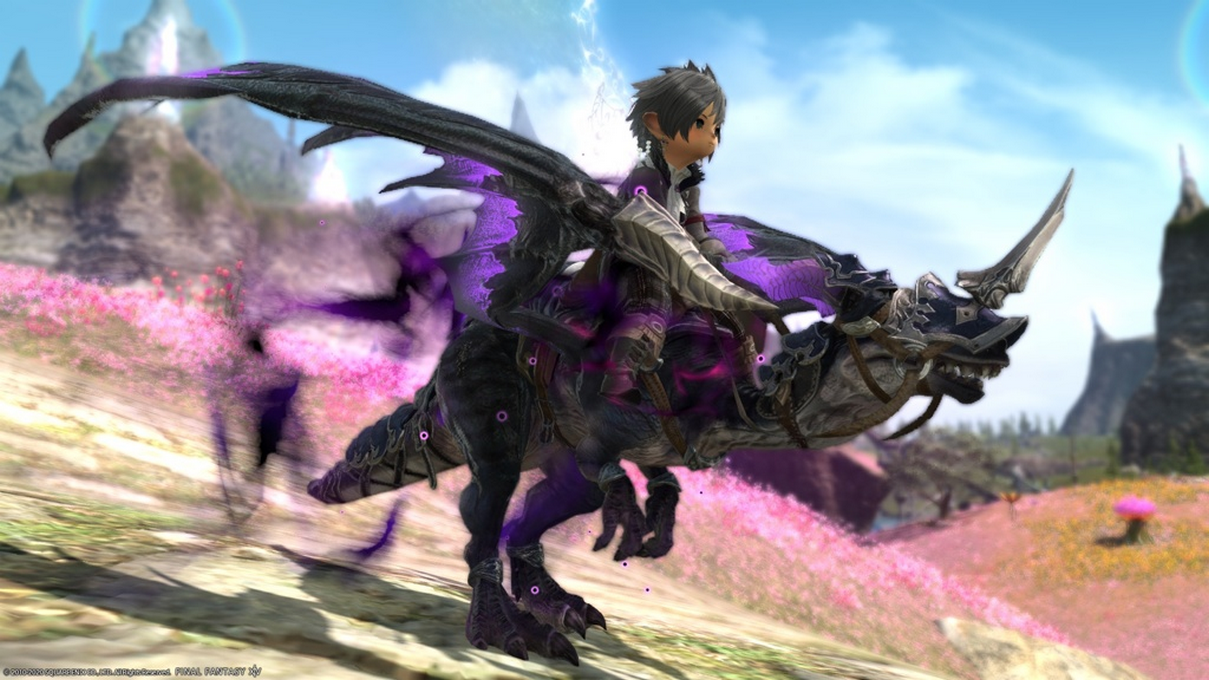 On top of being essential to a positive player experience in Final Fantasy XIV, the game’s mounts boast many other uses. The players can offer their friends a ride or give a particular vibe to their character. The Shadow Gwiber mount also has another perk: the music of a boss that will give you a hard time, and therefore remind you of your success in defeating it.

The Shadow Gwiber, a “draconic arcane entity,” is linked to Shadowbringers’ last boss. It features a purple glow, black scales, and puny wings. It’s also one of the toughest mounts to get in FFXIV, so the players who have it can show off their dedication to the game. It’s also a prerequisite to get the Landerwaffe mount, which requires players to collect all Gwiber mounts.

The Shadow Gwiber trumpet is looted by defeating The Minstrel’s Ballad: Hades’s Elegy, which is the Extreme version of The Dying Gasp. This trial is unlocked by completing one of the last quests from the Shadowbringers main scenario. Then, its Extreme version can be unlocked by speaking to the Minstreling Wanderer in the Crystarium.

Since the Extreme trial was designed for players at max level, it’s not easy to complete, even with the Unsynced setting activated. In addition, the mount only has a slight drop rate, which means the players will likely have to purchase the Trumpet directly for 99 totems to Eulmore’s Fathard NPC. As only one is awarded upon completion, the mount will require a significant amount of time to be unlocked.

To get the Shadow Gwiber mount, players will need help from skilled teammates. Organize an evening of farming with members of your free company, or simply look for a group in the Party Finder from the duty interface. You can either create a group, mentioning it aims at farming the mount, or join one. You’ll have the most success with a group in voice chat to call out all actions and be more coordinated, but it’s also possible to do this without it.

Furthermore, the mount might be easier to unlock after Endwalker is released, as the level and item level caps will be raised and the content from previous expansions usually becomes easier to complete with updates from Square Enix. The upcoming expansion will release on Nov. 23.