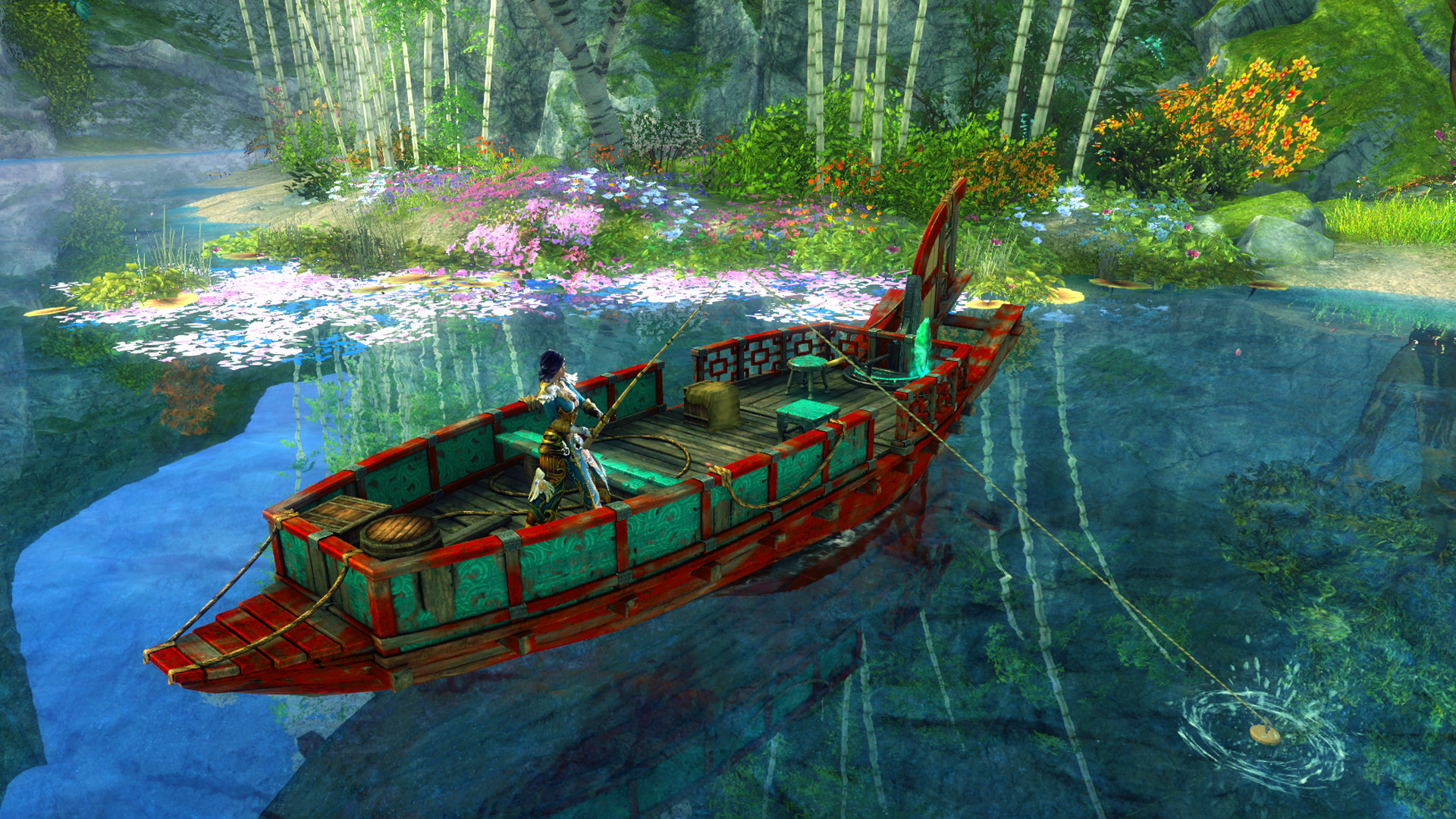 One of the newest features added to Guild Wars 2 with the End of Dragons expansion is fishing and Skiffs. To fish on the open water, players need to grab a Skiff first.

Skiffs are available pretty early in the game and they’re required for players to grab before they continue farther into the story at some point. This means that simply playing through the game will prompt players to pick up their Skiffs.

They’re also incredibly easy to obtain in the game and available the second your character drops into the map. Just under the Sizhou Hall point-of-interest, players will come across a repeatable heart quest that tasks them with repairing boats, rescuing villagers, cleaning debris, and defeating enemies in the area.

Once players are finished with that objective, Hall Director Soohee will open up as a vendor and she’ll sell you the Skiff. Once players have their Skiff, it can be a little difficult to find the button to use it because it’s so small. But there’s a tiny arrow button right next to the mastery button that equips a player’s fishing rod that will pull up an option to bring out your Skiff. The button is highlighted in red in the image below.

After that, a holographic image of the Skiff will show up and players will know where they can place their Skiff based on what color the image is. Red means that the Skiff can’t be placed there, while purple means it can. This is usually a spot close to the coast but also safely submerged in a body of water deep enough for it.

Once your Skiff is placed, you can jump in and press F to board it. Your friends can also jump into the boat, and emoting while in the boat makes it go faster for you.

Skiffs bought from the vendor have the base skin applied. There’s also an upgraded skin that features a dragon on the front and scales on the back of it, which is available for purchase in the Gem Store.