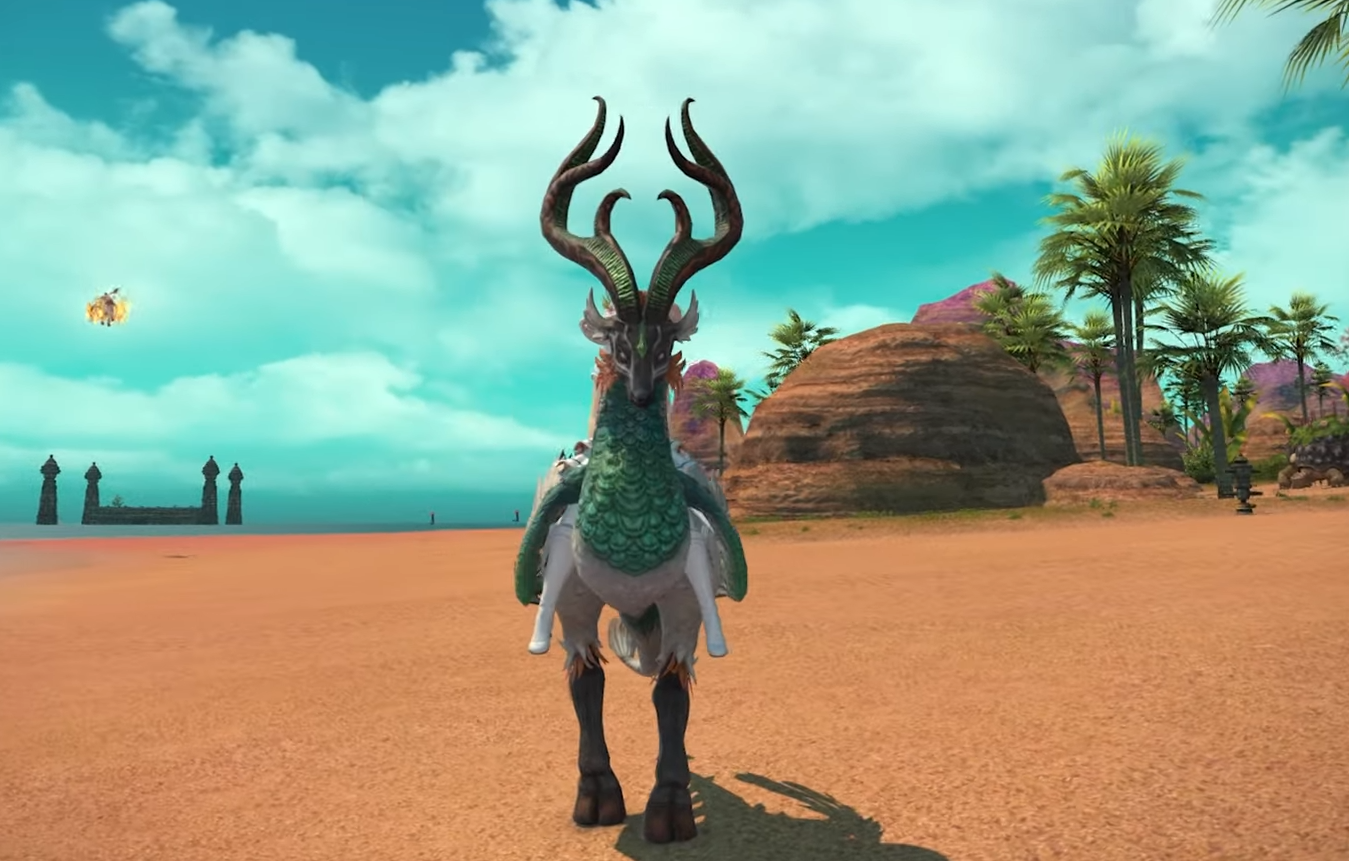 Final Fantasy XIV offers a choice of more than 200 mounts, so there are all sorts of ways to travel in the lands of Eorzea.

Every major patch in the game adds its share of mounts, besides the minions, gear, and other elements to customize your style. Patch 6.1, the first major one to be released following the Endwalker expansion, has introduced the Alkonost mount among others, such as the Pod 602 and Bluefeather Lynx.

The Alkonost is an elegant mount featuring the style of Thavnair. It’s reminiscent of a mix between a deer and a bird, which makes it quite unique in the game. Here is how to get it.

How to get Alkonost mount in FFXIV

There are two ways to obtain the Alkonost mount. The first option is you can earn it as a reward for the treasure map giving access to Excitatron 6000, which was added alongside Endwalker, the latest expansion.

If you’re not willing to farm treasure maps, the mount is tradeable, which means it can be bought on the Market Board. But since it was released very recently, it’ll likely be expensive—around 1 million Gil or more. The price should decrease over time, similarly to other tradeable mounts in the game.