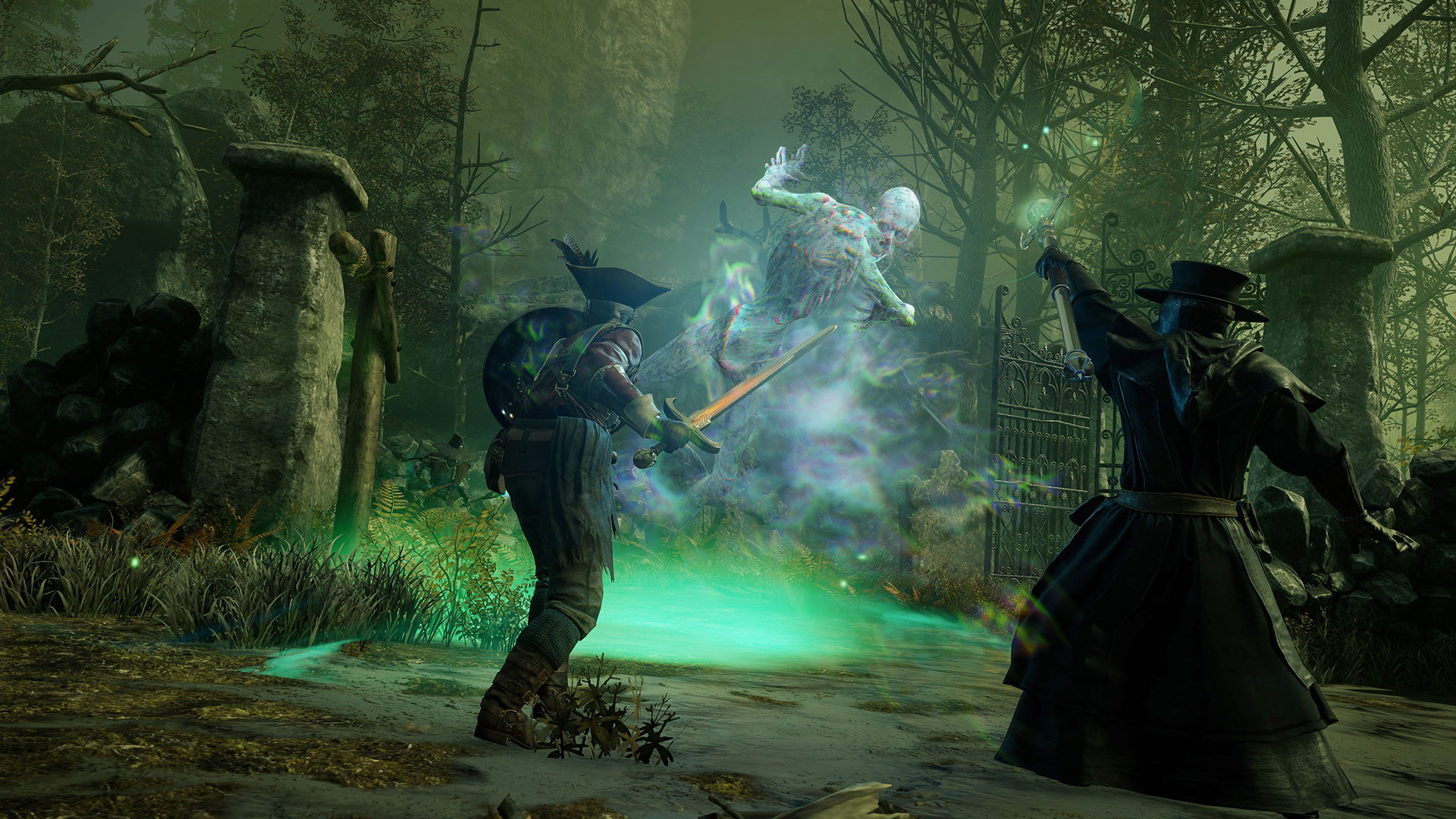 Weapons are everything in New World. As opposed to traditional MMORPGs, where class design is based on age-old fantasy archetypes, New World touts a system where progressing your skill and expertise with a specific weapon is how players progress.

Each weapon in the game is entirely unique and boasts countless skills and abilities that increase their relative strength levels as you progress through Aeternum. Keep in mind that the game is still in its early stages of testing, and the weapons that are considered “strong” now could very easily be nerfed into the ground by the time the game comes out on Aug. 31.

With that in mind, here are the best weapons to utilize in New World.

The Blood skill tree is mostly used for PvE since it provides strong DPS to your build through abilities that work in tandem with each other. Skills such as To the Bone, Tondo, and Flourish and Finish will all be piggy-backing off of each other to boost your DPS throughout the course of an encounter. On the defensive end of the rapier, the Grace tree promotes a slightly more passive build through skills such as Riposte. Additionally, there’s a ton of utility and mobility to be had through the Grace tree with skills such as Fleche. Altogether, the rapier is perhaps New World’s most well-rounded weapon. It can be used in almost any scenario, and all of its skills are relevant and usable in any setting.

As New World’s trademarked two-handed ranged weapon, the bow is perfect for long-range combat. Its two skill trees are Skirmisher and Hunter, with each of them bringing unique elements of utility and damage to the table. The Skirmisher tree is more focused on damage-over-time spells and hardcore utility abilities such as Poison Shot and Battle Precision. But if you’re looking to play a typical marksman archetype, the Hunter tree is perfect. Skills like Opening Strike, Long Range, and Penetrating Shot fulfill the long-distance archer archetype that is so often found in fantasy games. Plus, with skills like Rain of Arrows in mind, you can very easily deal a ton of AoE damage in a short amount of time.

Overall, the bow is one of New World’s most balanced weapons since it truly relies more on a player’s individual skill-ceiling over any other factor. The necessity to aim, land shots, and time your abilities in the correct order is a crucial part of what separates the good bow users from the great ones.

Currently, sword and shield is the only weapon combination in which players are able to equip a shield. Shields are incompatible with other one-handed weapons such as the hatchet. With solid crowd control and viable gap closing abilities such as Shield Rush, however, the sword and shield combination holds its own as a great defensive, utility-focused option—even in spite of its low DPS output.

So, you want to play a wizard? Well, the Fire Staff is the perfect weapon of choice for you. The Fire Staff only scales with intelligence, but it still hits like a truck, even without a secondary statistic to supplement its throughput. Great for AoE farming and PvP content, the Fire Staff can take down swaths of enemies in one fell swoop if you’re able to time and place your abilities properly. And, with some seriously eye-catching spells—such as Pillar of Fire, Meteor Shower, and Fireball—the Fire Staff allows players to deal a ton of AoE damage as they leave behind trails and patches of fire in their wake. Plus, as expected, enemies that stand in the fire will be burned over time in traditional RPG fashion.

The Fire Staff has two skill trees: Fire Mage and Pyromancer. The weapon’s most powerful spell, Incinerate, can be found under the Pyromancer tree. That ability checks every box and is a main factor into why many players are expected to take up the Fire Staff. Incinerate deals damage in a circle around you, applies a burning DoT effect, and knocks back all enemies hit within the immediate radius of the ability. Beyond that ability, though, skills like Fiery Restoration ensure that your cooldowns are always coming up when you need them, allowing you to consistently pump out DPS with the Fire Staff like there’s no tomorrow.

The Life Staff is the perfect weapon for New World players looking to play the traditional healer role. The weapon is the only option for players looking to play a full-blown support, but the negative tradeoff of that perk is that the Life Staff requires a ton of outside help. It’s nearly impossible to solo content using the Life Staff, and you’ll probably need another damage-dealing player by your side through your adventure.

Abilities such as Divine Blessing and Desperate Speed make it so that you’re never running out of resources while healing, and that you’re always healing allies. There’s little to no down-time whatsoever when using your Life Staff since you’ll almost always be topping off players with healing spells, and then filling in the gaps with basic and heavy attacks. Plus, the Life Staff works in concordance with other skills and abilities, in similar fashion to the way the rapier does. Instead of using other skills to deal damage, however, the Life Staff makes sure that all of its abilities are working together to pump out huge healing numbers. The Light’s Embrace ability, for example, is a targeted heal that is 30 percent more effective for each buff applied to the target.