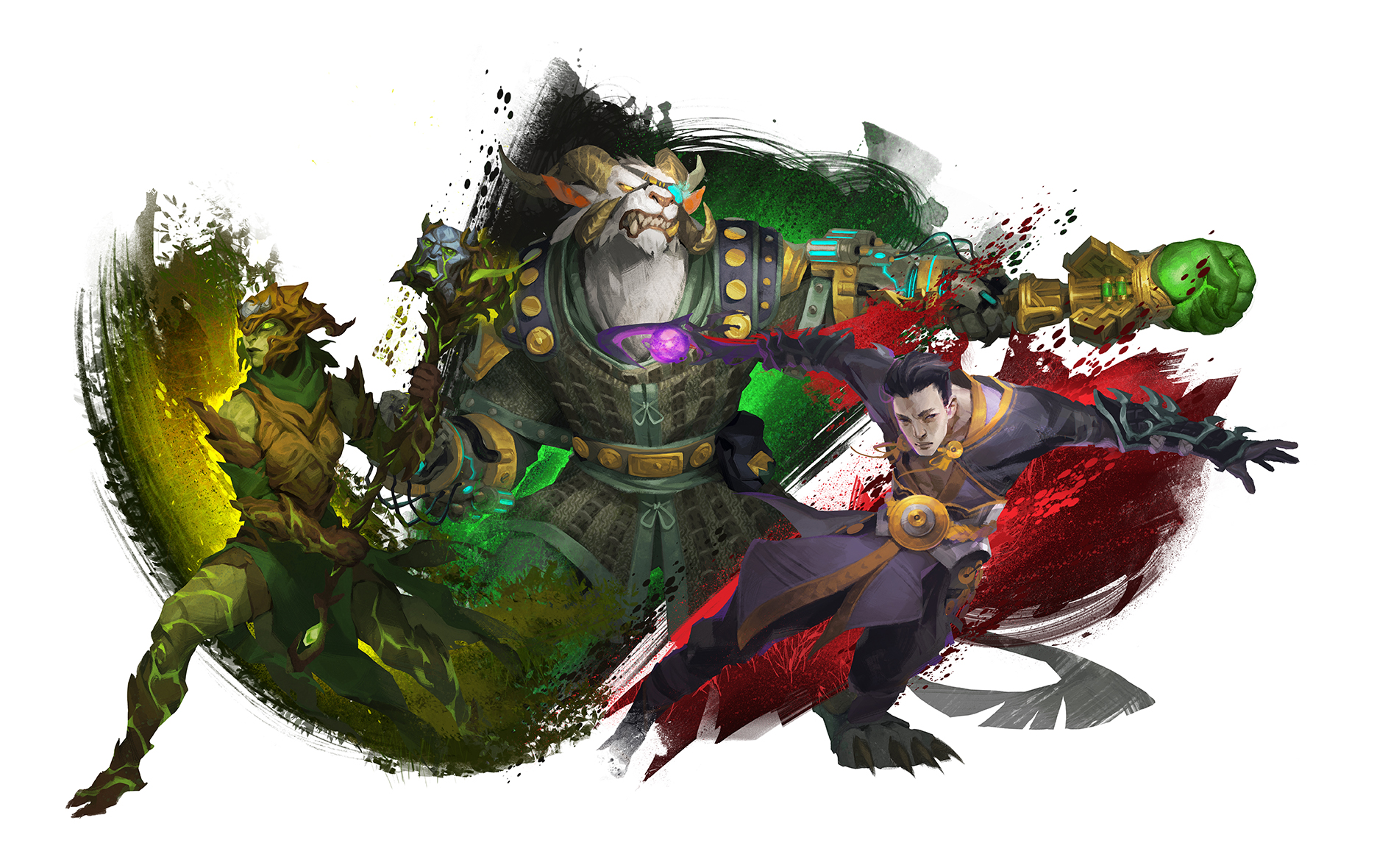 Those who plan to play Guild Wars 2: End of Dragons finally know all the elite specializations for every class in the game. The final three were revealed, along with the date of the next beta, so players can try out the new specs.

The third beta takes place Oct. 26-30 and will give players a look at the last three elite specs coming to the expansion. Engineer gets Mechanist, which operates a mace, the Thief gets Specter, which uses a scepter, and the Ranger gets Untamed, which wields a hammer.

The Mechanist will use their advanced Canthan technology to battle alongside their jade mech. Players can choose their mech’s straits, which will be the loadout for its combat. The new weapon, the mace, will be used to apply barriers to allies, and apply signet utility skills to give them and their mechs bonuses. The Mechanist’s ultimate is the Jade Buster Cannon.

The Specter gets a new ability, Shadow Shroud, similar to what Scourges have. In their shroud, they’ll be able to do damage and also protect their allies. Specters wield scepters, which hurl bolts of tormenting shadow magic at enemies. Their weapon set includes new dual attack skills that are based on the off-hand weapon players equip.

The Untamed adventure through Cantha with their pets, and is a play on the popular “Bunny Thumper” meta from the first Guild Wars, a Ranger/Warrior build that used a hammer and a pet in conjunction with one another. The Untamed can shift from damage to defense with their Unleash ability, which passes magic to and from their pet. Rangers can now wield a hammer when choosing Untamed as their elite spec, and will gain access to some cantrips that will allow for some crowd control.

On Oct. 22, Guild Wars 2 will display detailed gameplay of the final three elite specs on their Twitch channel, which will give players more information on the Canthan history behind these new professions.

After the Oct. 26 beta, there will be one additional beta in November where players can get their hands on all nine professions, and their first experience with the siege turtle, the game’s first co-op mount.

As for what is happening with World vs. World, Dot Esports reached out to ArenaNet to see if there was to be a WvW beta along with the elite spec beta. No information on a beta for the upcoming Oct. 26 beta was given, but more info will be made available on WvW later this week.