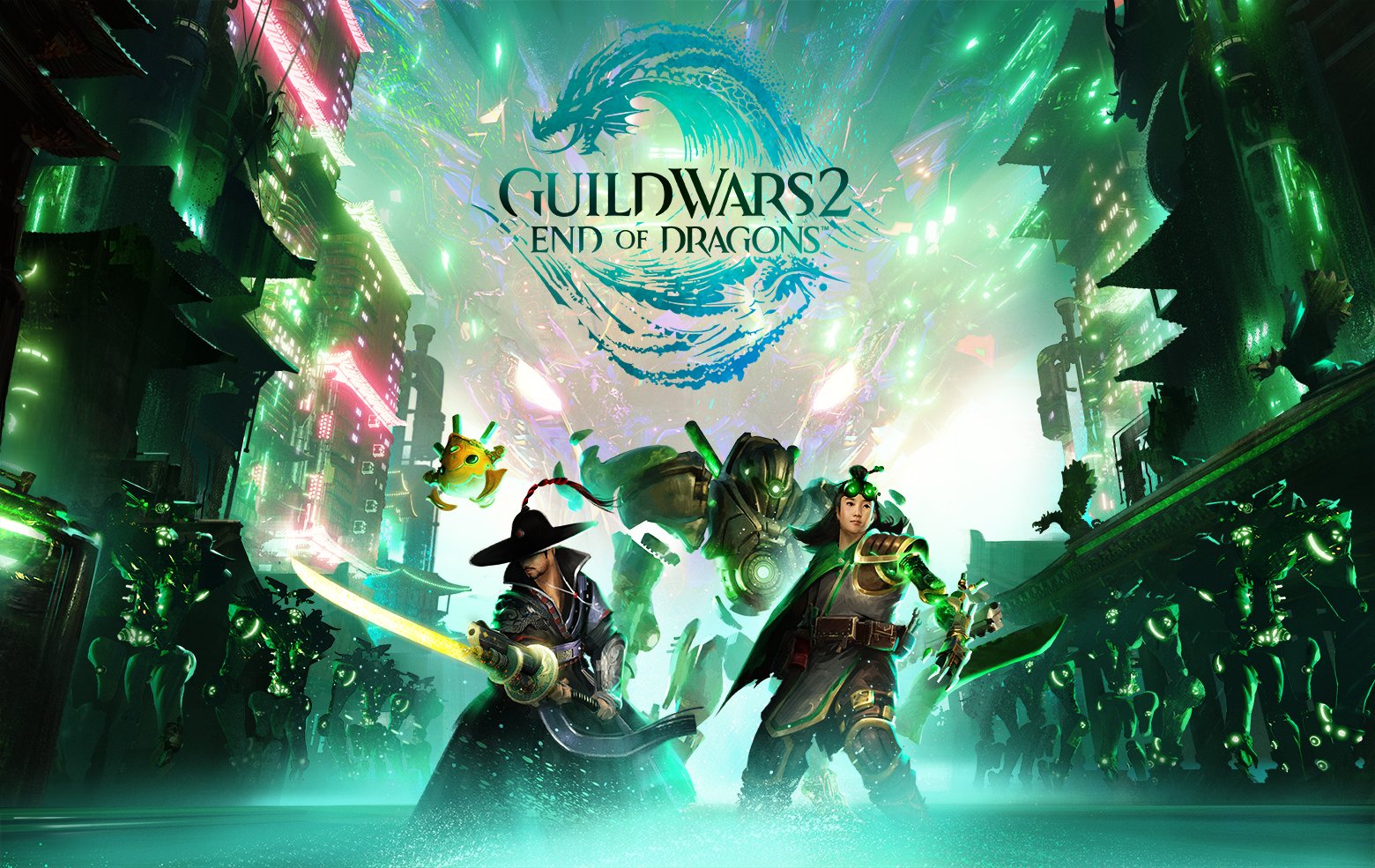 Guild Wars 2’s newest expansion, End of Dragons, will take players to Cantha, the same setting as Guild Wars: Factions. It’s been over 250 in-game years since players have seen Cantha, but now, they must venture there to uncover the secrets behind the elder dragon cycle that’s impacted the flow of magic.

The biggest showcase for any new expansion is its story. The Commander has slain many Elder Dragons and each one has created a more unstable Tyria. In Cantha, players will meet new characters they call their allies, and some they call their foe. Aurene, who players have raised from an egg, is a last beacon of hope to break the dragon cycle.

There are story-related surprises that will delight players who have been with the game for a long time and there are some parts of the story that will reflect the real world with a humorous twist. Both of these things create an enjoyable experience going through the story and will leave players eager to find out what other surprises and funny moments they’ll experience the more they progress through the game.

A potential downside to the story is the pause that comes at the end of some chapters in the form of busy work. This stalls the player story-wise, such as making them wait for approval from another NPC or having idle time in between events. Whatever the case may be, players can only progress in the story by completing stuff throughout the map, such as hearts, meta events, or just running around killing things. It occurs less in End of Dragons than it does in other expansions but is still present.

Fans of the original Guild Wars: Factions will find a lot of familiar map names and a whole lot of Jade. The Commander and their team will traverse the vast region of Cantha while learning about their new Jade Tech, exploring the seas on the Skiff and riding around on the Siege Turtle. Continuation of the story is a big part of End of Dragons, but where it shines lies rather in the beautiful maps, new collections that offer new things for players to discover, and cats and dogs you can actually pet.

Cantha is a big and beautiful region

One of the areas where End of Dragons really shines is in its maps. There are at least a few spots in every map that are awe-inspiring. Players may find themselves stopped in their tracks once they get a good look at their surroundings. And players should take care to really take in their surroundings since the aesthetic for each map feels incredibly thought out and impeccably designed.

Players who enjoy exploring maps and completing the collections that come with them will enjoy this expansion. Cantha has changed so much since the last time players were there, they’ll hardly recognize it.

Despite Guild Wars 2 being a nearly 10-year-old game, the world is beautiful and lively. There are colorful flowers, beautiful springs, and it’s filled with animals. To the delight of many players, there are even a few animals that player can interact with, such as some dogs and cats in Seitung Province.

The maps have more verticality in them than Path of Fire did. Although players are not likely to see Heart of Thorns-type depth, there are some areas of each map that will entice players to climb to the highest points to see the view. There are some new collections that will challenge explorers to look more closely at what might seem like unimportant objects to find all of the secrets Cantha has to offer.

Because players now have a wide selection of mounts to help them traverse Cantha, exploring the map doesn’t feel like a chore and players will likely find things along the way to stop and look at or inspect more closely to discover a secret. In addition to mounts, players can also now fish.

Fishing is one of the easiest ways Guild Wars 2 developers are pushing people to play together. Skiffs are made faster by friends getting together and cheering on the person who’s driving the boat via emotes that pop up when players sit in a Skiff piloted by someone else.

Friends are encouraged to gather at their new Guild Hall, which features a large section of water that allows them to fish. There are also fishing tournaments to see who can catch the most fish in the Eastern Wilds of Seitung Province. In addition to fishing, End of Dragons implements the first two-player mount in the Siege Turtle. One player sits in the front and steers the turtle while the player in the passenger’s side controls the cannons mounted on it.

The struggle with Strike Missions is finding players with builds that mesh well enough to complete them, especially in the new hard modes, which release shortly after the expansion. The developers addressed this in a blog post about Strike Missions and have expressed that they want to “bring the player, not the profession. … This means roles should be determined by your build and gear rather than your profession.”

This can be a struggle for PUG players who are using the LFG function since many groups prefer advanced coordination for Strike Missions and other harder content. With the changes ArenaNet has made to the function of certain skills, it could be easier for players to simply jump into a group and complete a Strike Mission or raid, especially since all nine elite specializations coming into End of Dragons have boon support.

Jade Tech is a massive part of Cantha and it’s soon to become a massive part in how the player explores Tyria as well. Jade Bots are a mastery that players will unlock after Chapter Five of the main storyline and they’ll help the player do various things, such as reviving players from a downed state or giving mounts extra endurance.

These cute little bots will follow you around all of Tyria, not just Cantha, and there are different modules players can equip onto them to create more utility for the player.

The most frustrating part about Jade Bots from the beginning is their ability to only hold two Jade Power Charges. Players will need to earn mastery points and experience to increase the number of charges the Jade Bot can hold, but it shouldn’t take players too long if they train the mastery as soon as they get their Jade Bots.

The Jade Bots are far harder to use until the charge increases to four. There are many things that use up the Jade Bot’s charge—some the player might not even notice until it’s gone. But it feels appropriate, given that Jade Tech is new to the player character, and their ability to do much with it is justified given that it can be upgraded with time. Plus, the longer players have with it, the more they’ll come to expect how helpful the bot can be with only two charges. Because Jade Chargers are so plentiful, players shouldn’t have a tough time finding one if they come across something they can’t do because they are out of charges.

Yes, you can pet the cat and dog in End of Dragons

There are so many cats and dogs throughout the maps in Cantha, and just about every single one of them is able to be pet or played with. There’s even an island in Seitung Province dubbed “Cat Island,” which is nestled right below Zen Daijun.

On your way up the island, you’ll find a few different cats, some of which even have names. There are even some large cats players can interact with. One notable one is named Pickle and he has hearts over his head while players interact with him.

In other places, there are dogs players can pet, and even one of the notable characters has an apartment filled with cats that are either cute and cuddly or perhaps a bit terrifying when you try to interact with them.

Regardless, animal lovers are sure to be distracted when they pass by a pet. There isn’t any indication at time of writing that there’s a hidden achievement for petting all of the cats and dogs in Cantha, but petting all of the cute animals in the region may be a personal goal of many adventurers.

With so many things to do in the game, people who buy this expansion pack will be entertained for quite some time. For those who love side quests and completing things, the collections offered by the maps are fun to search for because the maps are so lively and well thought out.

The maps are also indicative of the 250 in-game years since the last time a player has stepped foot in them, and it’s interesting to progress through them to see how far Canthans have come since they shut themselves off from the world. Once players reach Echovald Wilds, they can even improve and upgrade Arborstone to its former glory through a mastery track.

There are a plethora of great additions to the Guild Wars franchise with End of Dragons. Those who have played previous expansions will have a good time going through the game, unlocking all of the collections and achievements. And those who have played Guild Wars: Factions will find bits and pieces of lore from the game in this new expansion.

While there isn’t anything groundbreaking about this expansion compared to the last two, it’s on par with the quality and fun players have come to expect from a Guild Wars 2 expansion pack.