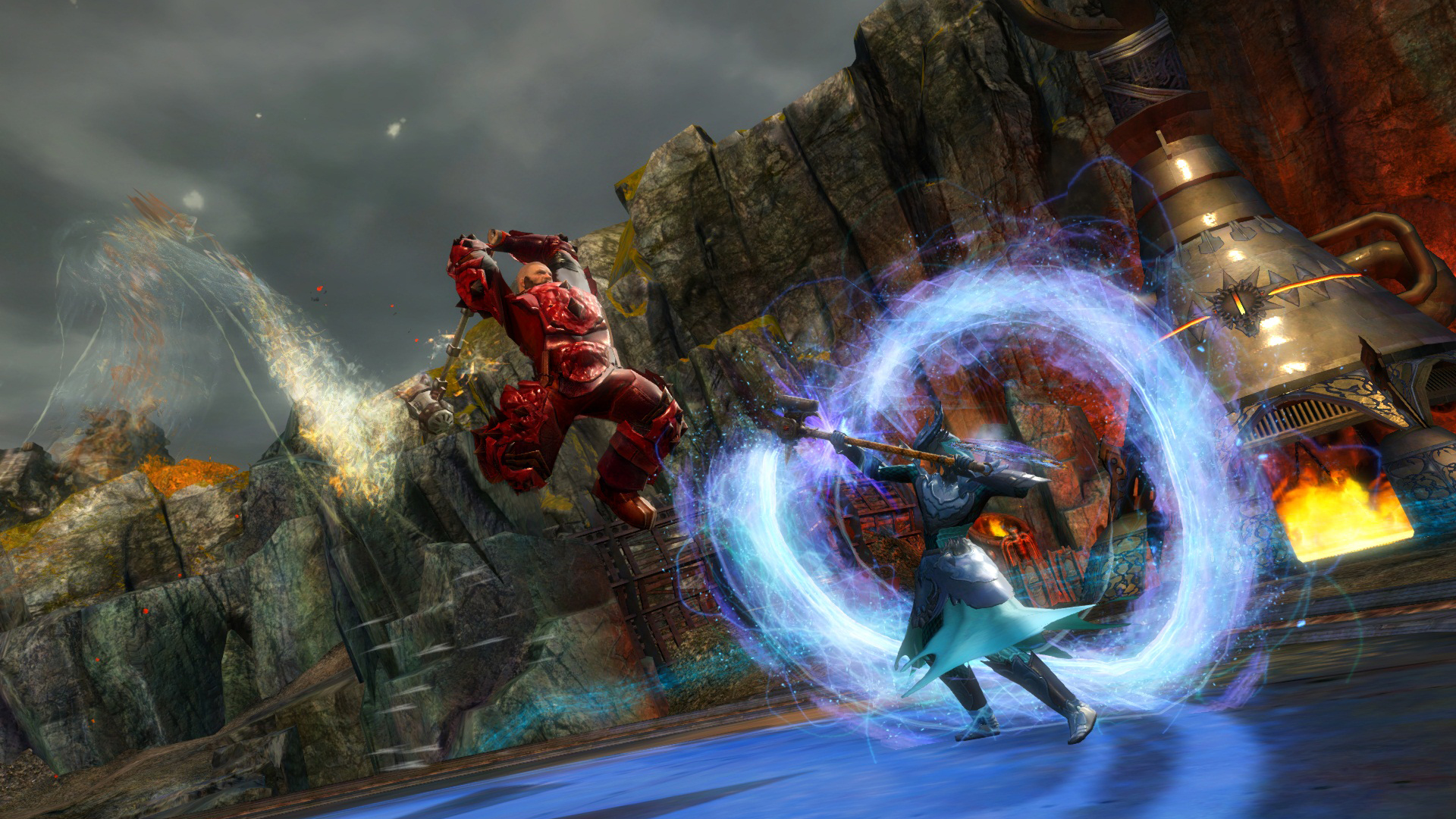 Those who have been awaiting news of the Guild Wars 2 World vs. World restructuring that was announced years ago have finally received details on how the overhaul will work in a blog post yesterday. Players will get a chance to join the phase one beta while it’s active from Sept. 24 to Oct. 1, with a new tab to choose your faction appearing alongside a bonus experience event on Sept. 21.

The restructuring aims to address player imbalances that have been plaguing the game mode for a long time. The developers plan to do this by “deprecating the current concept of ‘shards’ (aka worlds/servers) and introducing a matchmaking system to the game mode, where players, guilds, and alliances (player-managed groups of guilds) are programmatically redistributed to new ‘teams’ (previously known as shards) on a set schedule,” according to the blog post.

Matchmaking will have the help of a new feature called seasons. Developers haven’t settled on the length of each season yet, but they did say it could be up to eight weeks long. The blog post doesn’t touch on whether skirmishes would be kept within that timeframe, but they did say that players will “[match] up against different opponents each week using the existing one-up, one-down match-up system.” This indicates that skirmishes might be staying.

Guild and Alliance selection in World vs World

The restructuring also aims to give players more choice over who they play with in any given season. At the beginning of each season, players will select which guild (and, by extension, which alliance) they want to play with. Any guild changes that take place after a season started will not take place until the next season.

Players who have not selected a guild will automatically be matchmade onto a team. New players or inactive players who come back to the game will not be automatically placed and will have the option to choose their team as long as it is not population capped.

Phase one of world restructuring gets a beta date

Players looking to get their hands on the reins and lead their world to victory will get that chance on Sept. 21 in the phase one beta, but the battle will not start until Sept. 24. A new tab for the beta will become available in the World vs. World menu on the 21st, letting players choose which guild they’ll play with during the beta. Players wishing to play with their selected guild should make their selection before Sept. 24 or they face being automatically put onto a team as an individual player.

Alliances will not make their debut in this beta, but players will get a feel of how the new matchmaking is going to work. The goal for the beta is for developers to discover whether the system works with a larger pool of players.

At the conclusion of the event, all players will go back to their worlds and linked worlds, and WvW will return to its current state.

WvW Phase two and beyond

The next phase will include alliances, which allows multiple guilds to group together for matchmaking, similar to how it was in the first Guild Wars. Alliances are currently planned to cap at 500 players to disallow juggernaut alliances.

The developers plan on releasing the structure of WvW changes slowly over time with many beta events to polish it. This is why they are releasing specific features of the new WvW restructuring in small increments and aim to use the feedback from the community to make improvements before its official release.

Another goal that WvW developers are looking to achieve is to make WvW a more rewarding mode to play.

The first measure is improving individual rewards for participation and performance. Support players are often under-rewarded, such as the healer of the group, or the scout who is protecting their objectives. Developers addressed this with the participation share for teammates that aren’t with the group, but there is no world experience or pips for those players yet.

Developers would also like to give players and guilds more of a reason to win their current matchup and plan to introduce rewards for performance throughout the seasons.

Developers also mentioned that after the newest expansion releases, they’ll be dedicating resources to profession balances, a constant complaint from WvW players. There will be balance updates on a more consistent basis.

Players should look for the new WvW tab on Sept. 21 and choose the guild they will represent before the action begins on Sept. 24. After that, player voices can finally be heard in giving their feedback after the beta event is over on Oct. 1.