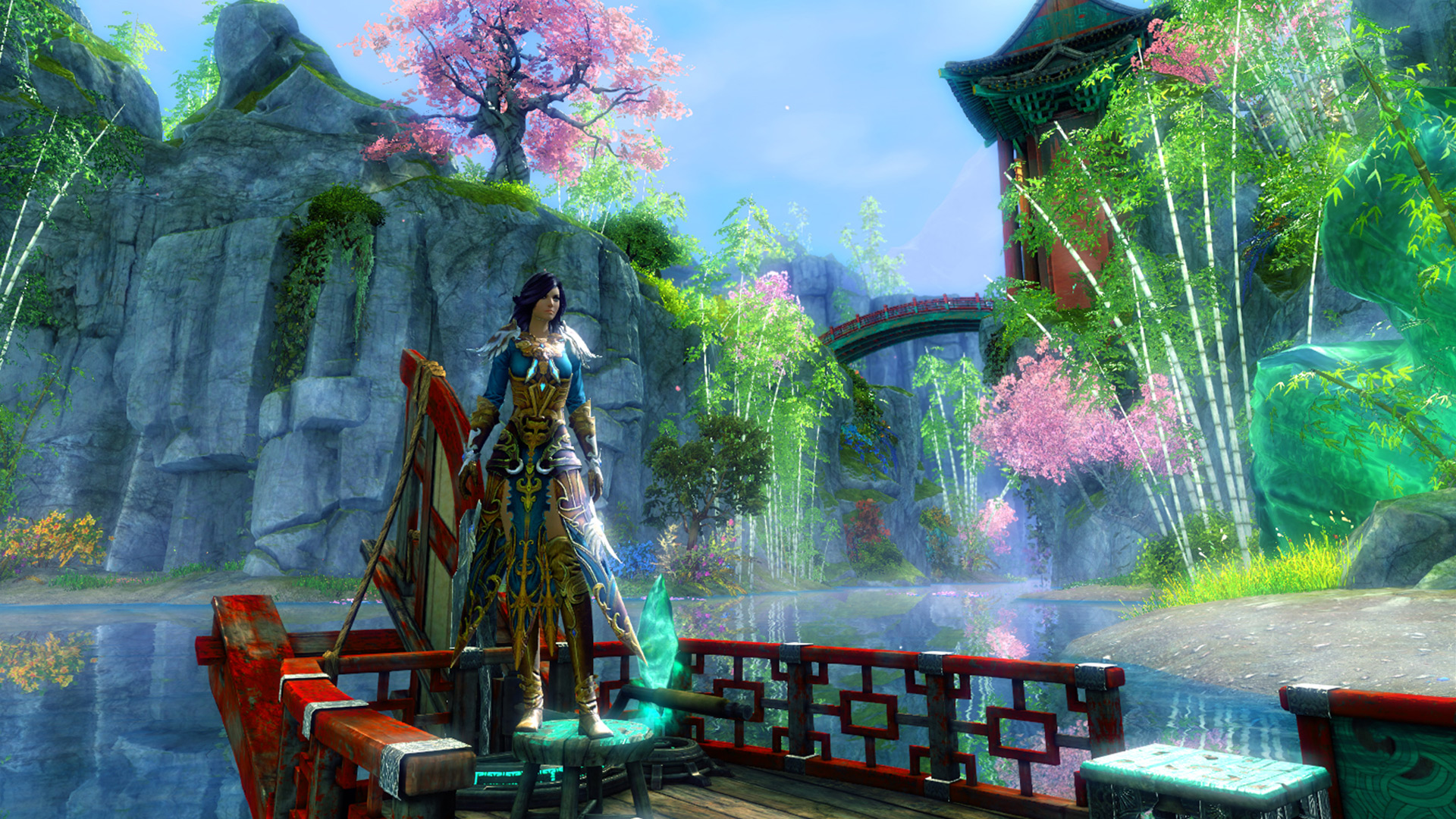 “A harbor of tranquility and peace,” is how the Shing Jea Island is described by Guild Wars 2 developers in the newest reveal ahead of the End of Dragons expansion pack.

While fans got a glimpse of the new maps in some of the skills and fishing videos, this is the first video solely focusing on what the new maps will look like.

In the video, there is a skiff on a serene lake. This skiff looks quite different from the ones shown in the fishing video, which means there will likely be purchasable or earnable skins in the game. There are a few mountainous hills and a waterfall that meet the lake’s surface. Most notably, there are streaks of jade on the sides of the mountain, a reference to the Jade Sea.

Much of the first Guild Wars Cantha’s aesthetics has cross over to GW2’s reimagined Cantha. Fans will be hoping that certain landmarks, such as the Shing Jea Monastery and possibly even Minister Cho’s Estate and Zen Daijun, will show up.

Although this is the first map that has been confirmed for the End of Dragons, ArenaNet declined to comment on how many maps would be part of the newest expansion.

The Shing Jea Island is a large island southwest of Cantha’s mainland. It has multiple large structures, high mountains, and many bridges connecting the lands. Some Jade statues can be seen littered around the map.

In one scene, a jade statue sits among a square that looks like it could be the jade that encased Shiro after his mortal death occurred. Players who experienced the story in Guild Wars are hoping that Easter eggs such as Shiro’s jade prison and mentions of Guild Wars characters will be a part of the new expansion.

This is one of the first looks players are getting of the newly designed Cantha, which was introduced back in Guild Wars with the Factions expansion pack. Cantha is inspired by East Asian cultures, and has two warring factions, the Luxons and the Kurzicks.

Shing Jea Island was the first area players were plopped into after booting up the game and creating a Factions character. The beginning area introduced players to the world of Cantha, and so will be the case for GW2′s Cantha.

Guild Wars 2: End of Dragons releases in February of 2022. Multiple Elite Specializations and features such as skiffs and fishing have already been revealed ahead of the expansion’s launch.