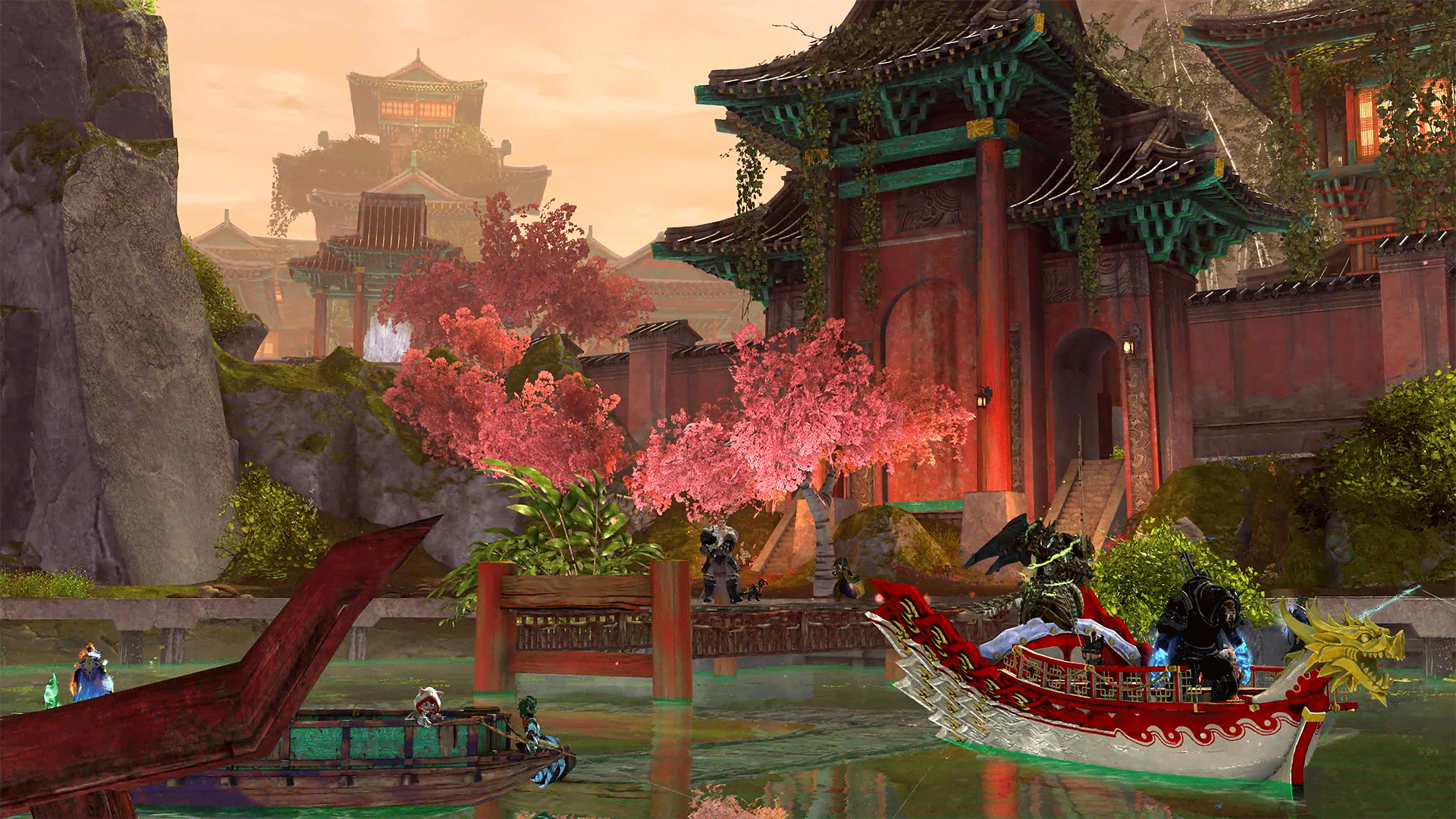 One of the new mechanics introduced with Guild Wars 2’s new expansion is fishing, and the addition of Skiffs, which are boats players can use to find fishing spots.

Skiffs are a new mode of transportation over water. They allow players to sail the waterways and catch fish in the middle of a body of water. A few players can fit inside the boat, and the driver can take them through the water at different speeds, each of which handles differently. Once in their spot, Skiffs can drop an anchor and serve as a fishing platform where players can fish off of the side of the boat.

Players sitting inside the Skiffs can emote, granting the driver more speed boosts, which grants them better stamina regeneration, meaning pilots can use speed boosts more often. Each player will have a set of emote skills that grant the regeneration and make sailing through the water a team effort.

Before you get your paddles ready, the developers have said obtaining the Skiff will require a large time commitment, similar to the methods of acquiring a core mount. No details have been released as to how the mount is obtained, or exactly how long it will take to acquire it.

Although Skiffs are a great way to get to the fishing spots that are out in the middle of bodies of water most of the time, players don’t need one to start fishing. Players can cast their lines into any body of water, including the core game areas and any areas added through expansions.

There’s a new Mastery line for both fishing and piloting the Skiff, which will use Masteries from the End of Dragons expansion. Each line of the Mastery will build off the last, offering more ways to participate in the activity as the Mastery line is achieved.

Each area of Tyria will have its own species of fish to catch, and there will even be fishing tournaments for those interested in a competitive aspect of the activity. Friend groups and Guilds are encouraged to fish together since fishing with people will increase fishing effectiveness for those within the group.

Fish can also be used for new cooking recipes, which could result in one of the meta recipes including an ingredient only obtained by fishing. Super rare fish will also be an ingredient to forge the new Legendary weapons.

Currently, there’s no release date yet for Guild Wars 2: End of Dragons, but the expansion is set to launch in late February and is said to have an exact release date soon.