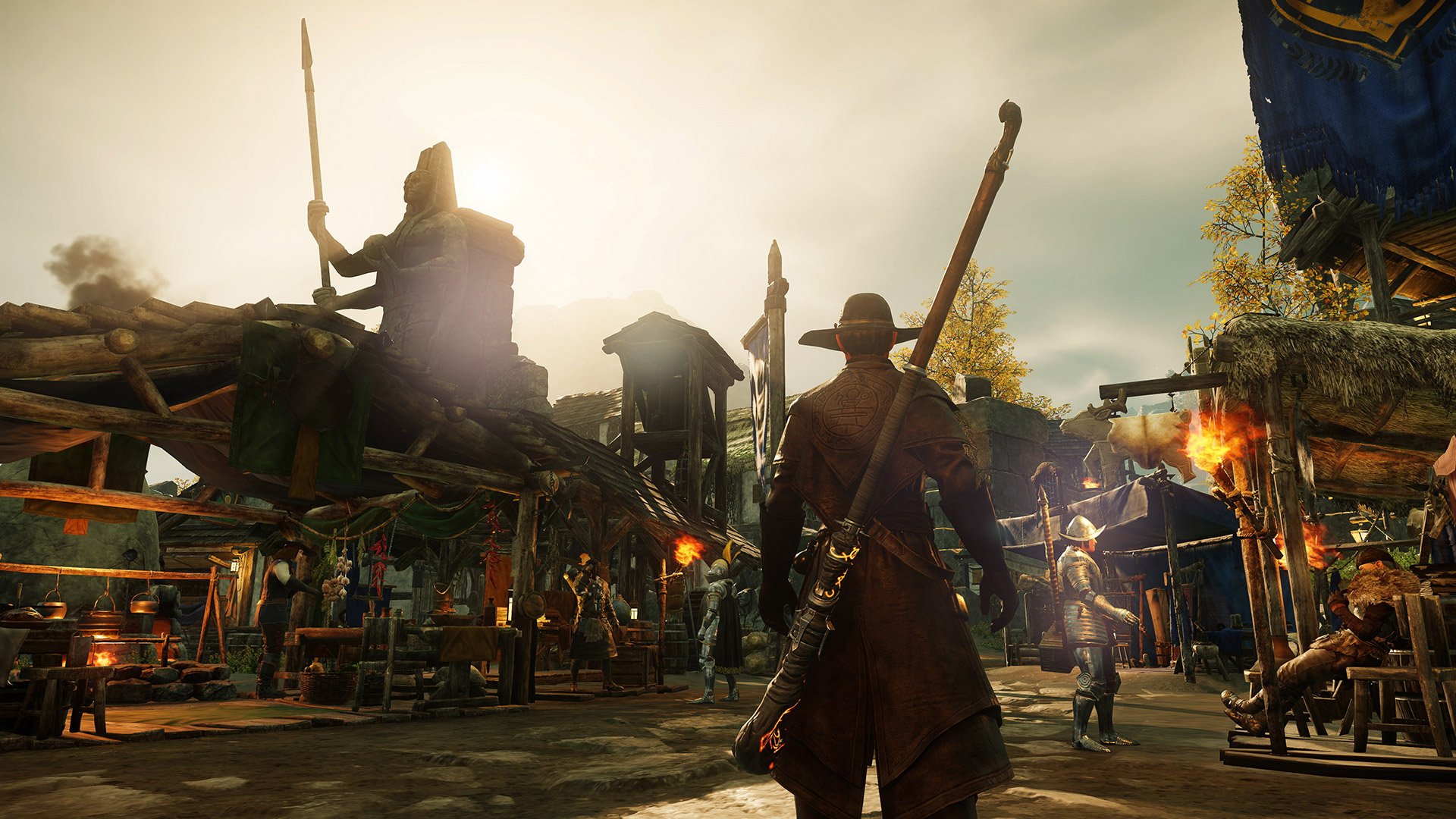 Of all the magical weapons in New World, the Fire Staff boasts the greatest damaging capabilities. If you’re after a weapon that can compete in solo combat against other damage classes but still plan on having a wizardry aesthetic, this is the choice for you.

With two separate branches in their skill trees, weapons in New World have plenty of different ways to build them that can be better for different circumstances in the game. We’ll be sharing a build that can be used in both PvP and PvE situations with success.

New World builds are more than just weapon mastery though. You also need to consider armor, secondary weapons, and attributes. Here is one of the best builds you can try out for yourself on the launch of New World.

Unlike other magical weapons, the Fire Staff is a great primary. Because of this, you’ll want to invest most of your attribute points into buffing its strength.

To begin, make sure you boost your Intelligence to 300. This is going to assist in both mana management and also greatly buff the power of this weapon. Following this, the remaining points should be invested into Constitution so that you have the ability to withstand whatever damage foes may cast your way.

Pairing the Fire Staff can be done a few different ways, but the best is to take another weapon that compliments the same attributes but offers a distinctly different skillset.

The Ice Gauntlet stacks best off Intelligence too, and you’ll get great value by using it with the Fire Staff. Its best asset is the slowing abilities at your disposal and the powerful Entombed ability.

Entombed allows the player to seal themselves in a block of ice where they won’t be damaged and can regenerate mana. This can also be detonated to disperse close enemies and deal impressive damage.

Armor-wise, you’ll want to take either medium or heavy armor. The purpose of this is to bolster your Constitution and provide extra durability and other buffs that benefit the Fire Staff.

The Fire Staff is the perfect DPS tool with damaging abilities that can cover a wide AoE. Here are the three best abilities to take on this weapon.

Meteor Shower is arguably the most powerful ability you can get. A shower of meteors rains down, dealing damage to a targeted area. Take all the available passive upgrades for this move also, which will provide some mana recovery, do extra damage, and stop the attack from being interrupted as easily.

Next, take another ability from the Fire Mage branch, this time Fire Ball. This move shoots out a single ball of fire that deals devastating damage on hit, but also leaves a burning effect on the area that will continue to damage enemies within. Taking the two passive upgrades to this skill is a must as it will increase the duration of the effect as well as supplying mana and cooldown reduction on hit.

The final ability you’ll want is Incinerate from the Pyromancer branch. Like the previously mentioned Entombed, Incinerate is great for dispersing nearby enemies. Upon activation, the move will produce a fiery explosion around the player dealing damage and sending nearby enemies back. With its upgrades, this move will also heal some of the player’s health back, equal to 20 percent of the damage dealt.

While these are the core moves for this build, here are the remaining abilities you’ll need to take that are less flash but equally important.