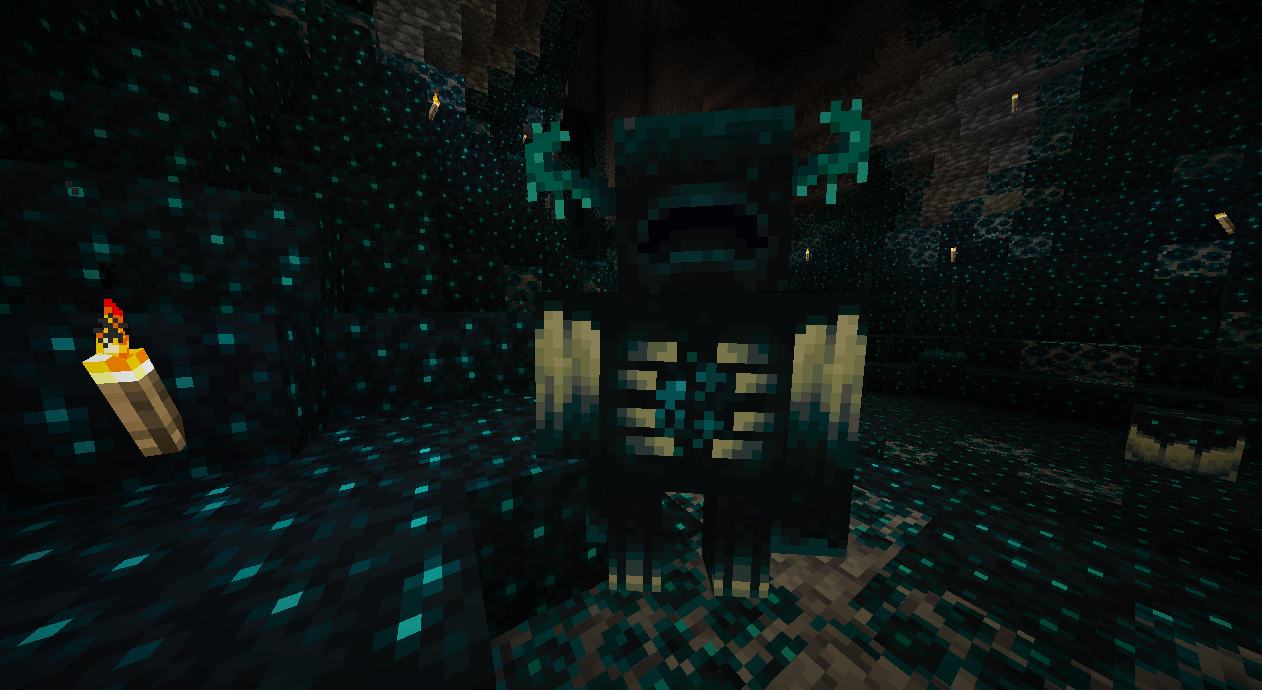 The latest Minecraft snapshot, 22W12A, is bringing the Warden’s arrival and functionality to the game alongside a slew of other exciting new features.

These features are huge and sure to massively affect all Minecraft gameplay once they’re officially released. Here’s a rundown of what this snapshot introduces.

The terrifying creature of the Deep Dark has officially arrived. This formidable foe is blind but can use vibrations, smell, and proximity to hunt you down. Even though you can’t see them, Wardens lurk beneath the surface of the Deep Dark and are always there waiting for Sculk Shriekers to awaken them by notifying them of your presence.

The more vibrations you make through noisy and bold activities, the more upset the Warden will become. A Warden’s chest will beat more quickly the angrier it becomes. If it is pushed beyond its threshold for anger, it will turn to face the target of its anger, roar, and then charge at it.

Players who successfully avoid being noticed by the Warden or angering it for 60 seconds will get a chance to escape since it will retreat back underground. Warden’s don’t drop any loot, can easily disable shields, and are incredibly difficult to kill, so sneaking away or around them is always going to be the best method for survival.

The Warden might not instantly arrive, however, since the Sculk Shrieker’s signal is more of a warning call at first that will cause players to hear the Warden moving toward them nearby. Once the Warden has moved close enough to the Sculk Shrieker, it will then fully be summoned and appear on the surface nearby.

The new Swift Sneak enchantment will be critical to players’ success against the almighty Warden. It makes sneaking around much quicker, which will allow players to move quietly enough that it will be hard for the Warden to sense them but still efficiently enough to possibly escape.

Swift Sneak has three different levels and the speed of sneaking increases with each level. It allows players to move as fast as they can while walking and is the first enchantment exclusively available for leggings.

The Darkness effect makes players’ view, even with torches or other light sources nearby, incredibly dark in flickering increments. It is applied to players by the Warden and Sculk Shriekers when you are in their vicinity.

Boat with a chest

Players can now place a chest in any boat, making travel and world exploration much easier. Bringing items with you on trips and transporting anything new you find back to your home base is now much more doable.

A full list of all of the new features within snapshot 22W12A, alongside the many bug fixes, is available below, courtesy of Mojang.

The horror of the Deep Dark. A creature with no eyes, roughly resembling the Sculk that can be found throughout the Deep Dark, the Warden is an unstoppable force of nature that inhabits this biome.

Imbue your leggings with this shiny new enchantment to move as fast while crouching as you would normally walk.