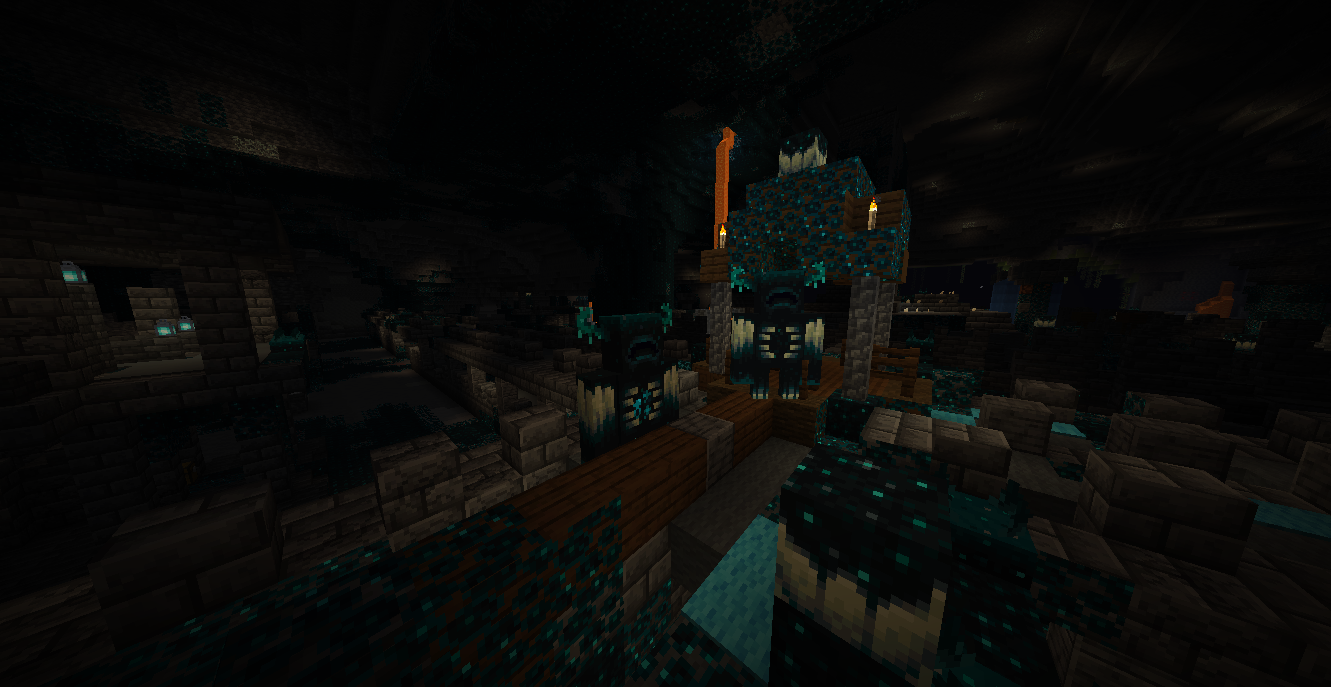 A new snapshot for the Java version of Minecraft has been released and introduced a mighty new ability for the fearsome upcoming Warden boss. Snapshot 22W15A is a response to players who felt the Warden was easy to escape and the new ability added for the Warden specifically combats this.

Players who tested the previous Minecraft snapshots found that if they towered up away from the Warden there was nothing the creature could do to reach or attack them. This made escaping the Warden rather easy as long as you had a few blocks and some patience since the Warden would previously eventually give up and retreat back into the ground giving players a chance to sneak away.

Now, the Warden has a mighty ranged sonic boom attack that activates when players attempt to hide behind walls or tower up. Whenever players perform these actions or become otherwise out of range for the Warden’s melee attack, the beast will switch to its formidable ranged attack that can penetrate through walls.

Having a shield is essential while facing the Warden. However, while a shield can block one wave of the Warden’s sonic boom, the attack disables shields which means after one hit players will be left temporarily defenseless.

Taking on the Warden is now nearly impossible even whilst wearing full enchanted Netherite armor and using enchanted Netherite tools because the creature is relentless and incredibly powerful. Ultimately, when facing the Warden players’ best hope for survival is to try to sneak away from the powerful creature.

A complete list of the features showcased, changes made, and bugs fixed in the 22W15A snapshot is available below, courtesy of Mojang.