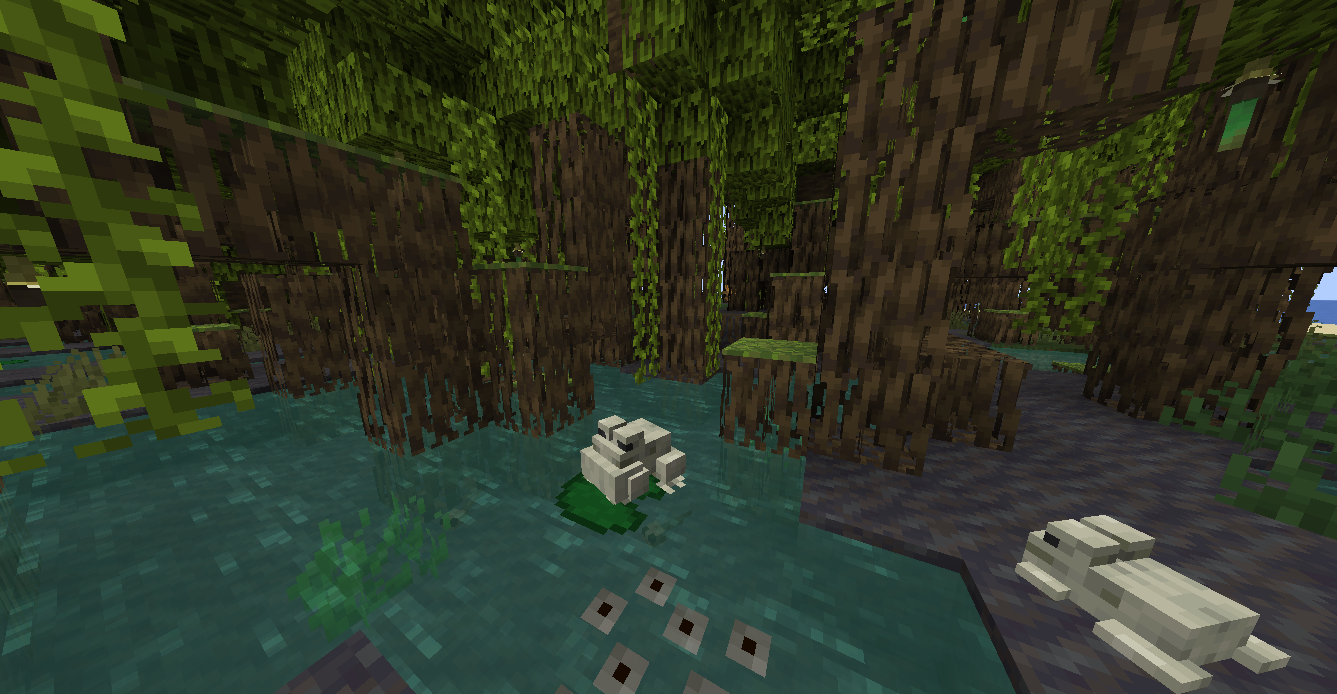 New biomes, blocks, creatures, and more have been added in the latest update 1.19 for Minecraft.

One of the new additions to the game is frogs. These tiny, little creatures can spawn in groups in Mangrove Swamps, which is one of the new biomes in the game. They can also be spawned from Tadpoles.

So far there are free different types of frogs: temperate, cold, and warm. They vary depending on the biome in which the Tadpole grew. Ultimately, they can spawn in several different biomes, so you will likely pop into frogs during your playthrough.

How to tame frogs

Minecraft has a history of animal taming, with players being able to have their own wolves as pets, building farms of sheep, pigs, and more, and having bee hives in their villages. But is it also possible to tame frogs?

Unfortunately, it’s not possible to tame frogs in Minecraft at the moment. It’s possible that Mojang will add a feature in the future, but for now, players will have to make do with other pets.

There are, however, ways to keep them nearby your encampment. If you find a few of them near your village, you can build a pen for them. Although you must do it carefully, and place fences up to four blocks high, since they can jump as high as three blocks. It’s also possible to make them follow you to a pen built nearby your home. To do this, you need a slimeball, which they love to consume. They’ll follow you if you hold one in your hand.