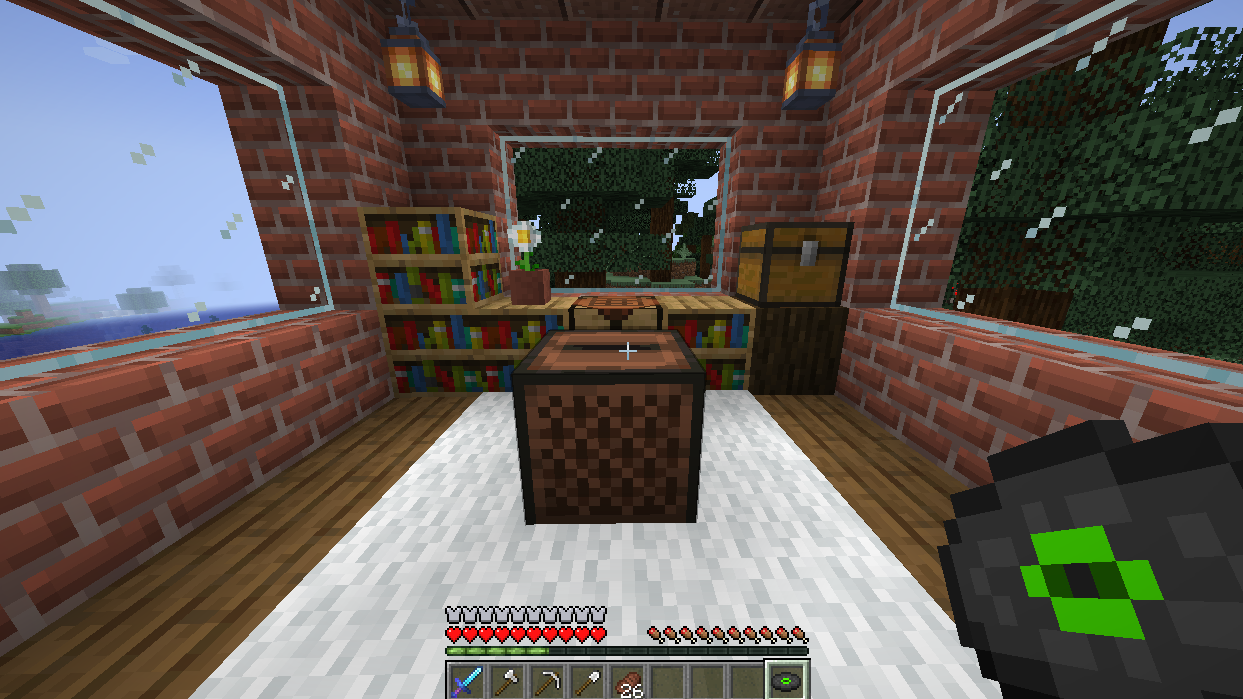 The creativity Minecraft inspires in players extends beyond creative feats within the game, as demonstrated by user liamoco123, who shared five photos to Reddit on March 7 highlighting their life-sized wooden jukebox masterpiece.

Owning a jukebox in any Minecraft survival world is a sign of luxury and usually means you have resources to spare since it requires one precious diamond alongside eight wooden planks. As difficult as diamonds are to acquire in Minecraft, constructing a nearly life-sized jukebox is probably much more laborious and is definitely more impressive.

The pattern of the life-sized jukebox creation is spot on to the blocky one in Minecraft and the creator said they “used the woods natural color to make the pattern” that mimics the design of the jukebox within the game. Creating the complex pattern and constructing the entire jukebox required over 1,000 pieces of wood, which is quite a bit more than the measly eight required to create a jukebox in Minecraft.

“The jukebox is made from mostly walnut wood ’tiles’ I cut out myself glued to plywood for structure,” liamoco123 said, “It’s roughly 2/3 scale. There is a speaker housed inside the disk slot that lets me play music. My favorite is playing the cat disk from the game.”

Jukeboxes in Minecraft can be used to play music discs, a rare treasure that players can sometimes collect during their gameplay. This rendition of the jukebox also plays music, as they demonstrate in the above video where they play a Minecraft music disc track through their creation.