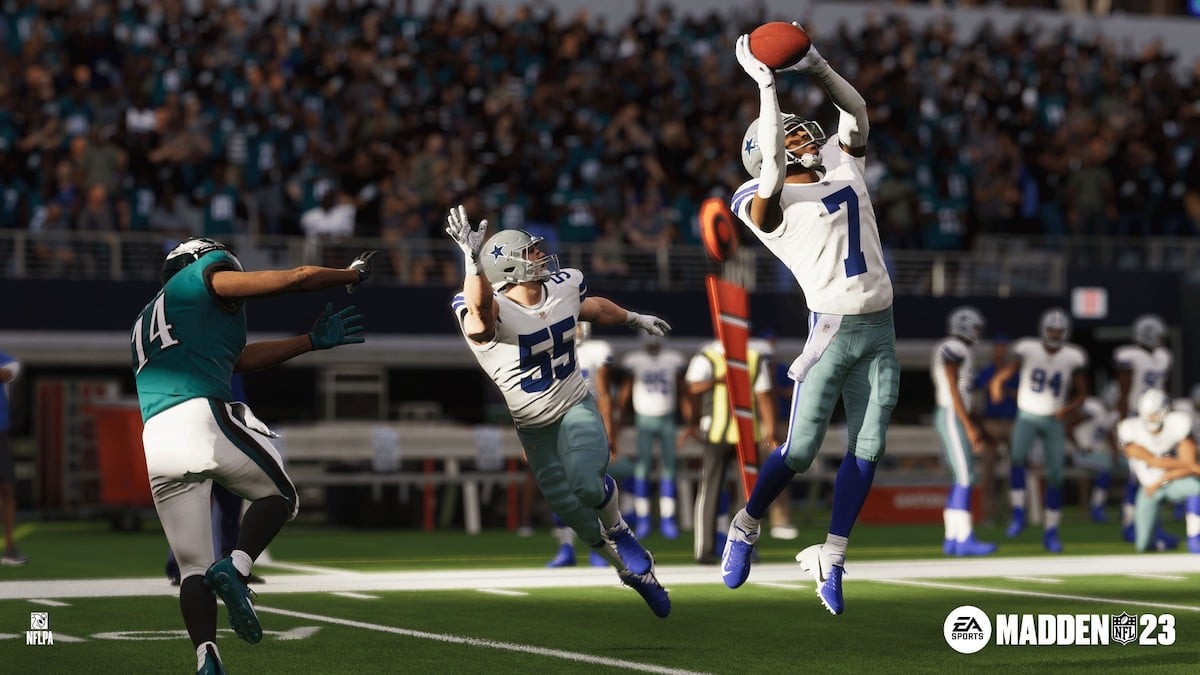 There’s more than one way to enjoy Madden 23. While some players may prefer building their dream roster from the ground on Madden Ultimate Team (MUT), others prefer working on their individual careers in the Face of the Franchise.

When players first start their journey in the Face of the Franchise game mode, they’ll find themselves in their fifth year in the NFL. After five seasons with not much to show, players will have a lot to prove in their upcoming NFL season.

You can play as a Quarterback (QB), Wide Receiver (WR), Running Back (RB), Cornerback (CB), and Linebacker (LB) in Madden 23’s Face of the Franchise game mode. Depending on the position of your choice, your team preference can also change. You’ll want to be in a team that absolutely needs a player from your position, so make sure the team you’d like to play in doesn’t have excessive players that you’ll need to compete against. Alternatively, you can pick one of the teams below and kickstart your Madden 23 journey.

Though most players will go for the Quarterback route to have the most impact on the field, the four other positions are also relatively fun and interactive. On next-gen consoles, players will also get to interact with position-specific FieldSENSE mechanics, making each position unique.

Regardless of your position preference in the Face of the Franchise mode, you’ll set onto an epic journey with player-focused cameras, new drive goals, and summaries. There will also be a set of weekly activities that players can complete to boost the performance of their players. Your ultimate goal will be to salvage the most out of your fifth season in the league while improving as much as possible as a player to join the 99 Club.