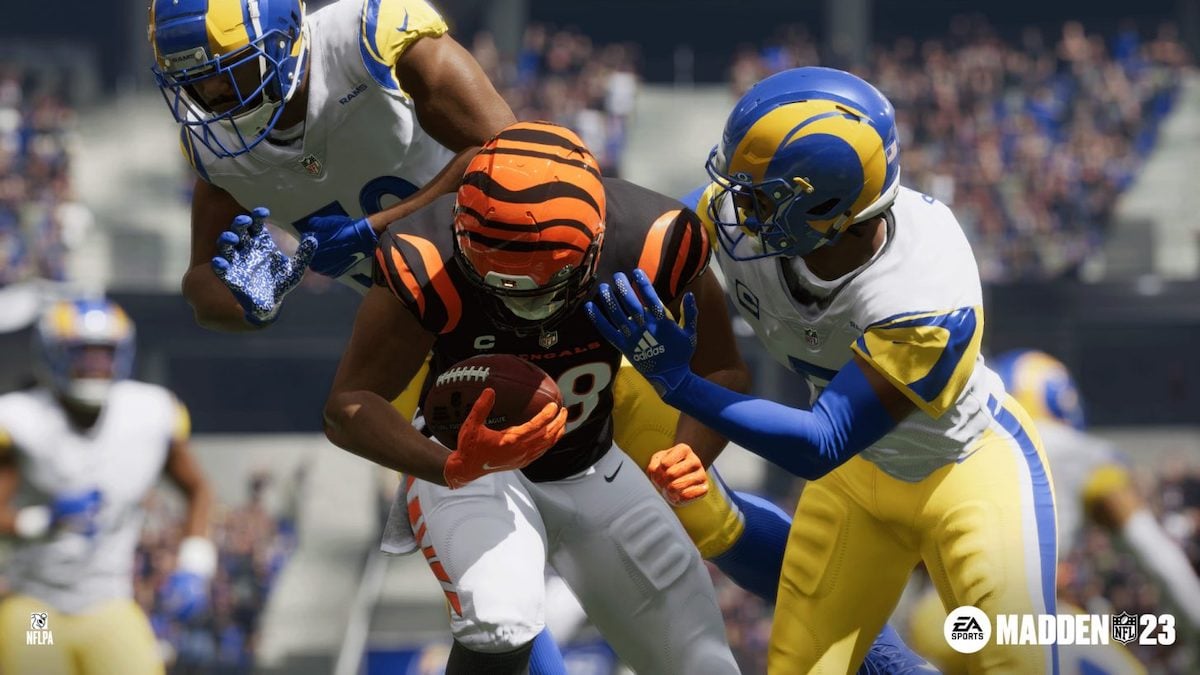 When two teams are evenly matched in Madden 23, your ability to control players will heavily dictate the result of a match. If you’re on the attacking side, you’ll need to ensure the safety of the ball and keep it moving despite your opponent’s best defensive attempts.

Tricks like the Stiff Arm can give you enough edge over your opponent. But successfully executing these tricks also requires players to master their timing, since failing can result in conceding the ball to your opponent.

How to Stiff Arm in Madden 23

Simplifying pressing the Stiff Arm button on your controller or keyboard won’t be enough to successfully pull off the trick, however. Players will need to observe the nearest defender to them carefully and do the Stiff Arm when the defender is about to tackle them.

If you try to use the Stiff Arm maneuver while the nearest defender isn’t in tackle range, you may get a facemask penalty. The more you use the trick, the easier it should become to pull when you need it the most.

Controlling a player who is also good at the Stiff Arm will also be a drastic help. Derrick Henry, Nick Chubb, Jonathan Taylor, and James Conners are four of the best Stiff Arms in Madden 23 and players may have a higher success rate with them while performing the move.