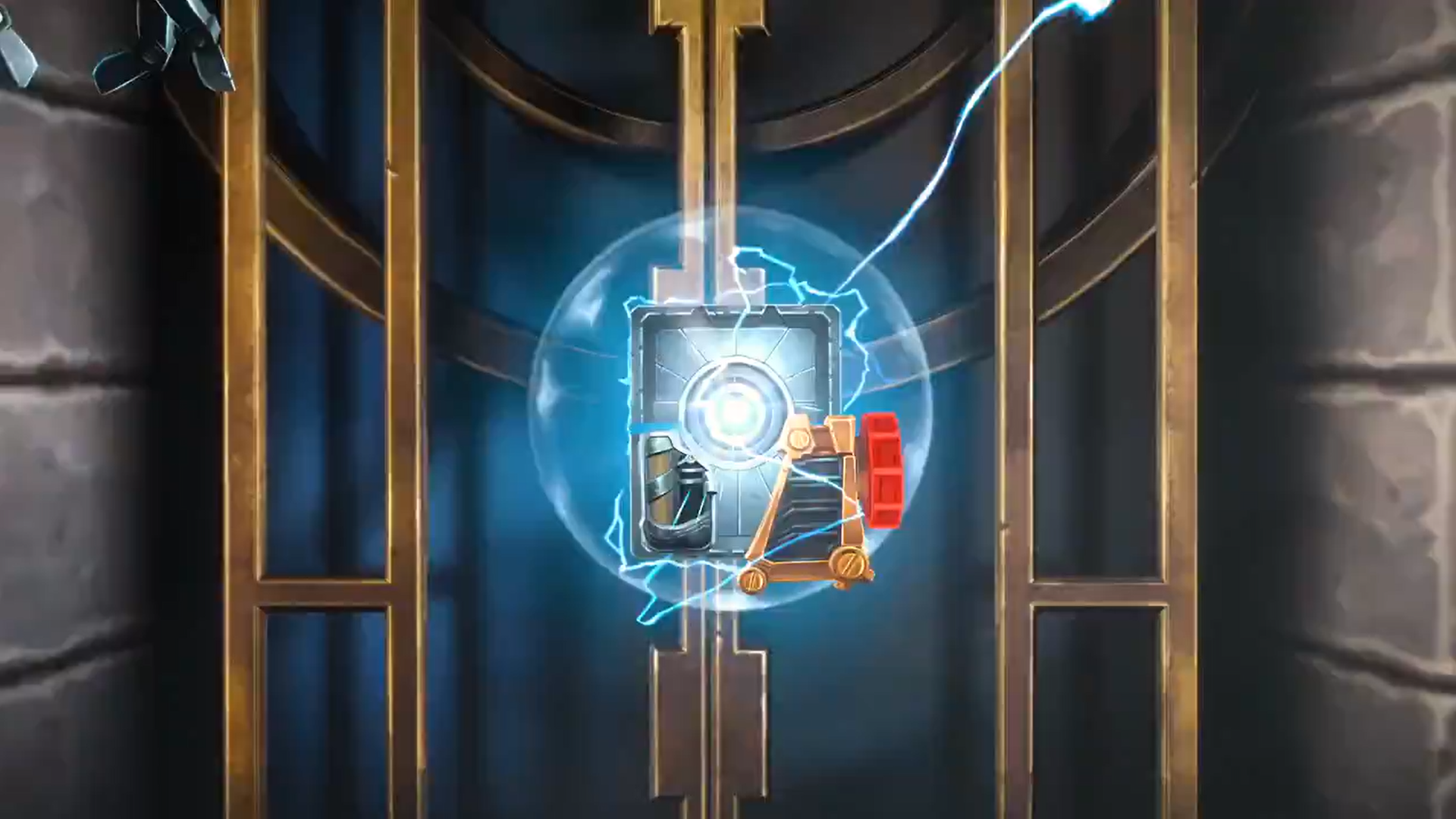 Viktor is officially being added to Legends of Runeterra in the Cosmic Creation expansion, Riot Games announced today.

Riot revealed Viktor alongside two other collectible cards, Death Ray-MK 1 and Iterative Improvement, all for the Piltover & Zaun region.

Viktor is a four-mana champion unit wielding two power and four health with the new Augment keyword. In addition, Viktor creates a Hex Core Upgrade at the start of each round, which is a fleeting one-mana slow spell that gives Viktor a random positive keyword. Viktor reaches his leveled form after you create eight cards in total.

Viktor’s leveled form is also four-cost with +1/+1 in stats and the same keyword and Round Start ability. The new ability Viktor gains is a persistent aura effect that reduces the mana cost of your created cards by one while he’s on the field.

Viktor’s design continues iterating on the Augment mechanic by having him create multiple cheap cards that can boost all units with that keyword. In addition, leveling up Viktor can be a breeze depending on how committed you are to building your deck with creation-based cards.

The main aspect to remember about Viktor’s level up requirement and the Augment keyword is that the created cards don’t have to be random. This means effects like University of Piltover & Zaun are just as good as effects like Heimerdinger, Chump Whump, Avarosan Trapper. In addition, the created cards don’t need to be played, so if you get bad results from random creations or you don’t have the mana to play your Fleeting created cards, your Viktor will still get closer to leveling up.

Death Ray MK-1, one of the other cards revealed, is also a potent removal tool that can ramp in damage over time after the other upgrades are shuffled into your deck. A one damage ping for one mana at fast speed is potent for staving off aggro early. The fact that Death Ray can count for two creation credits toward Viktor’s level up will help make reaching his level two form more consistent.

Iterative Improvements, the last card revealed today, is also a potent card when combined with leveled-up Viktor. At base value, Iterative Improvements is effectively a two-mana “draw a card” effect that comes with the bonus of granting your “drawn” unit a +1/+1 buff. This alone is nothing remarkable, but with level two Viktor on the board, the created card is discounted by one, which can lead to strong tempo or combo turns.

Viktor will join the champion roster when LoR: Cosmic Creation is released on Dec. 16.