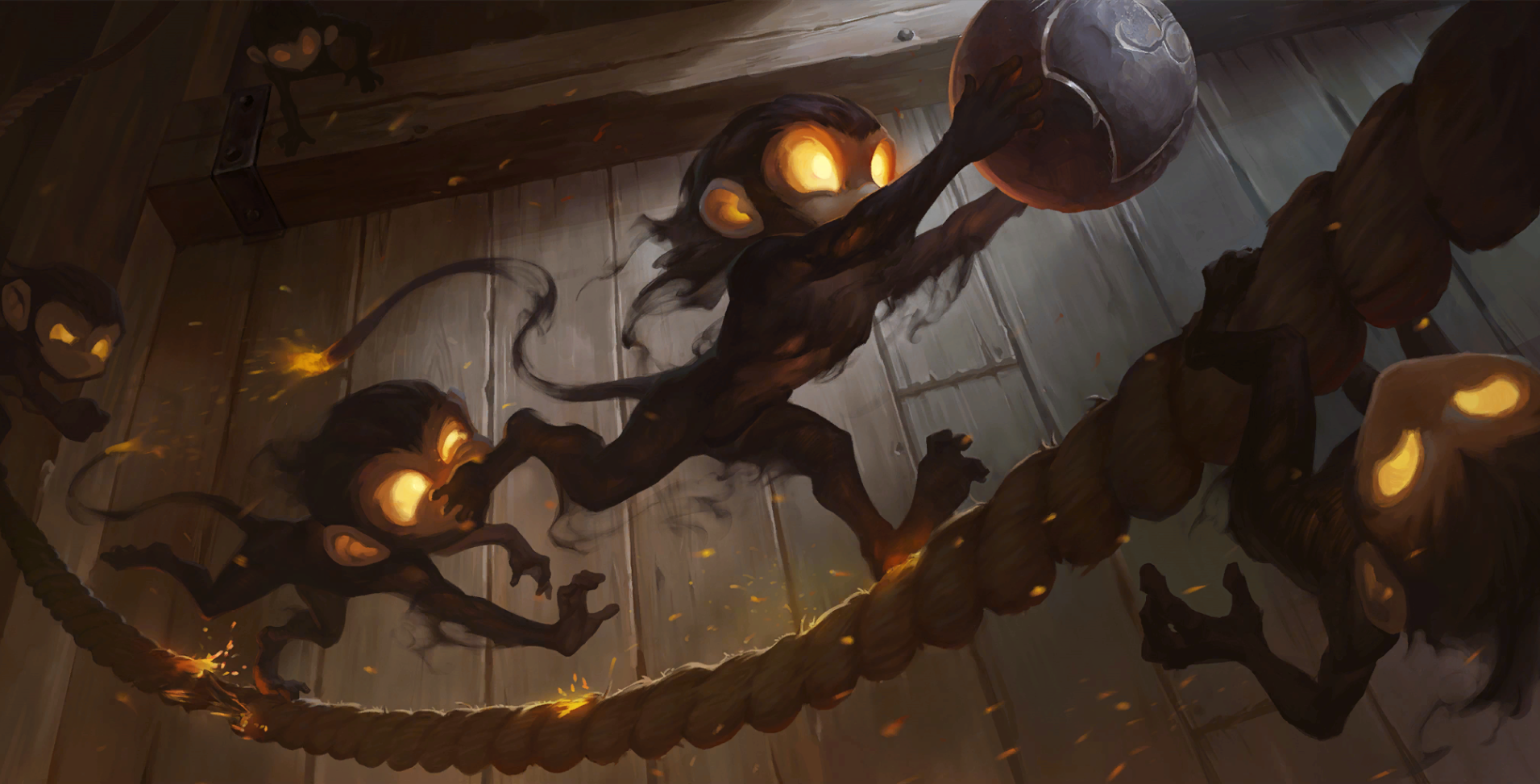 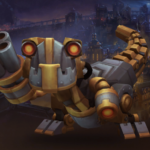 Legends of Runeterra’s first expansion, Rising Tides, has been out for a couple of weeks now. At its current state in its official release, there are 11 guardians that players can pick from to serve as their avatar.

Riot Games emphasizes monetizing their cosmetics, like boards, card backs, and guardians, as opposed to their card collection. While cosmetics do not affect gameplay at all, players still seek out which avatars are popular.

As with all tier lists, especially ones that judge appearances, this one is purely subjective, and everyone has differing tastes that will draw their attention to one guardian over another.

Here are the cutest and greatest guardians LoR has to offer:

While the T-Hex finds itself at the 10th spot on this list, it’s still a wonderful and adorable creation of Heimerdinger’s craft. The T-Hex is the height of Piltover and Zaun’s scientific division, outside of the Catastrophe, and this guns-blazing guardian is sure to fit in with Heimerdinger fans.

Junglers in League of Legends should recognize this frog-like fungal menace. The version that shows up in LoR though is much more cute, as a younger and more emotive version of Gromp.

If showing off your jungling prowess is something you enjoy in League, then consider adding this guardian to your repertoire to commit to your jungling devotion.

As the bread-and-butter guardian of this list, everyone gets this little fellow for free. As the free guardian of the game, the Poro has everything you want as your avatar: adorable, fun clickable interactions, and soundbites that can never get old. Plus the heart-shaped stomach is always a delight when it shows.

If only casting Poro Snax in the game made this guardian grow.

As a blue variant of the free joyful poro guardian every account is bestowed with, this version is limited to those that participated in the game’s beta before it officially released with Rising Tides. While the animations and clickable interactions are similar to the regular Poro, this blue and yellow color scheme poro will love you all the same.

Players that enjoy exclusive content should revel in this guardian, as with every passing day, this launch-exclusive guardian will only become more rare as players that participated in the open and closed beta of LoR can claim this adorable friend.

When Demacia’s councilors debated with one another, they asked “How do we improve the power of our armies?”

“It’s simple,” an advisor responded. “We weaponize the birds.”

From Fleetfeather Tracker, Silverwing Vanguard, and even Quinn’s very own Valor, Demacia as a nation has perfected the art of avian warfare, and their cards reflect that. Silverwing is an adorable look into what these birds are like before they are trained to be Demacia’s eyes (and talons) in the skies.

Originally showing up as a Little Legend in Teamfight Tactics, Silverwing will find a home in gryphon and winged friend enthusiasts alike.

Named after the three mana stat-shifting Ionian unit, the Scaled Snapper shakes its leafy exterior and reveals all the wildlife Ionia has to offer. Fans of Ionia and turtles in general may have more affinity towards the Scaled Snapper than most.

After tirelessly being spawned in League of Legends only to be slain for its gold, the minion finally takes a healthy break to stay safe in LoR. Casting spells, getting dizzy, and shielding itself from clicks, the little Minion has it all.

This cute red caster minion personally leaves us hoping for a Blue Cannon minion that can launch bolts at the enemy when clicked upon.

As the newest guardian to grace this list, this mystical simian from Bilgewater is what gives the pirates and citizens of Bilgewater their magic. The powder monkey is a blast of a guardian, from its explosive temper to its finger guns blasting actual powder, this cutie serves as another half to the Slaughter Docks board. Fans of monkeys and Bilgewater should prioritize this guardian and put it at the top of their personal tier lists.

Plus the Powder Monkey’s little cannonball has a heart on it, how can you ignore that adorable fact?

Hecarim and Zed galloped in LoR’s first set meta, and Shark Chariot was able to find its way into some of those lists as an extra 3/1 attacker everytime you swung with those two champions. Gloomtooth is an adorable take on that unrelenting unit that would always return from the dead.

While Gloomtooth may come from the Shadow Isle collection, owners of this ghastly shark may also find some fun in pairing them up with the Bilgewater Slaughter Docks board. Sharks, even dead, may find home on a pirate themed board.

In similar fashion to how Demacia’s wartime motto is effectively “Weaponize the Birds,” Noxus decided to “Weaponize the Lizards” by attaching saddles to them and laying waste to neighboring regions that wouldn’t submit. Basilisk gets this spot of honorable mention because after closer examination, the Basilisk can also find camaraderie with dog lovers. This guardian’s animations and ambitions are fairly similar to dogs, almost like a cute puppy looking out for belly rubs, the Basilisk also enjoys fire breathing and rolling around being silly.

Herpetologists and lizard lovers will also find a bit of extra affinity towards this guardian.

Players that participated in LoR’s closed beta should remember the terror that was unnerfed She Who Wanders. Serving as the ultimate value endgame card for every control deck, Baley is based on this terror of a late game creature, and her powerful removal skill, Balesight. Whenever you hover a card to play on the stack, Baley herself will throw out a light show following the card, which is a pretty cool particle effect.

Freljord fans, control deck lovers, and those that indulge in the eldritch genre will enjoy this watcher-themed creature in Runeterra’s lore within their collection.

Don’t stare too long into the abyss, it may stare back.