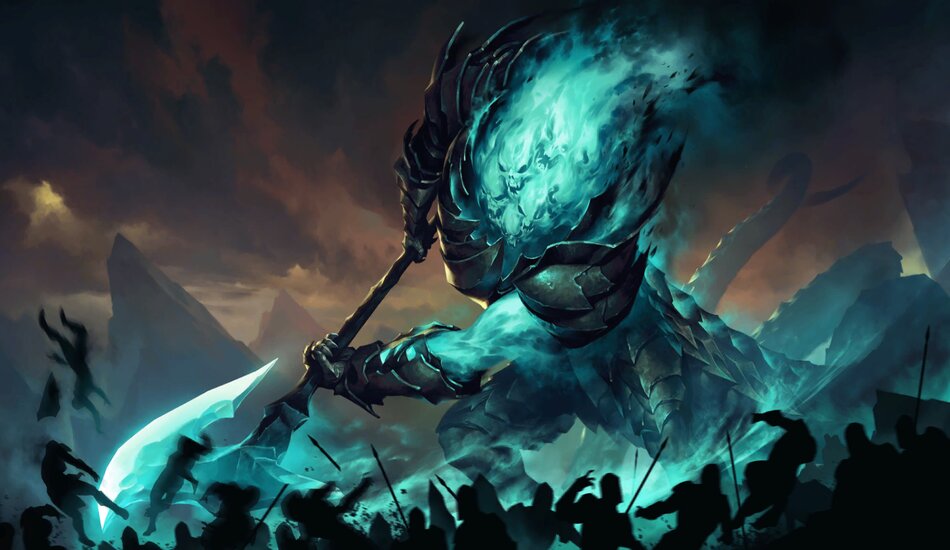 Riot Games launched the open beta for its new digital card game, Legends of Runeterra, yesterday and streamer Sean “swimstrim” Huguenard was happy to show off one of the set’s most powerful cards.

Swim has been preparing for the LoR release into open beta for weeks, creating top-tier decks and analyzing the best and worst cards within the first six released regions. And during the early launch of the open beta yesterday, Swim explained why Rhasa the Sunderer is one of the strongest cards in LoR.

The clip begins with Swim attacking his opponent with an Icevale Archer, who naturally gets blocks by the opponent’s Tryndamere. As the events of the attack unfold, Swim gently mocks his opponent by describing the playline they’re likely to take—and he’s spot on.

Tryndamere is an LoR champion who levels up when he dies, becoming even more powerful. Since the opponent had an abundance of mana available, there was a high probability that they’d drop another large creature onto the battlefield (Garen), hoping to close out the match.

But Swim was ready with Rhasa the Sunderer, a 7/5 who’s ability, Night Harvest, is triggered when played. “Kill the two weakest enemies if an ally died this round,” the card reads. Since the opponent only had two cards in play, they both perished.

Anyone can play the Legends of Runeterra open beta starting today at 1pm CT. Just make sure to save those Epic wildcards to unlock Rhasa the Sunderer.