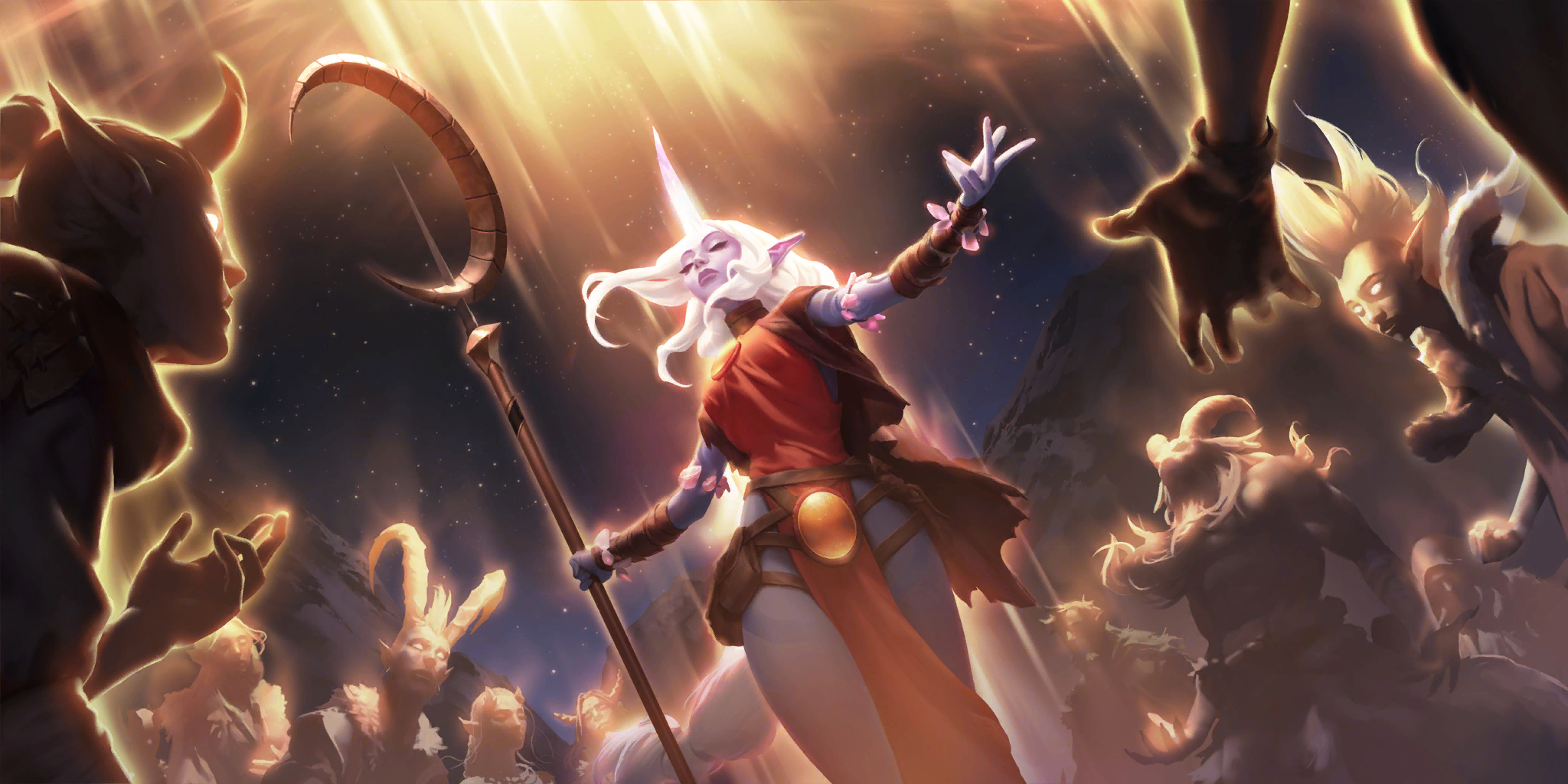 Legends of Runeterra’s card reveal season for Monuments of Power is nearing its end. But today, Riot Games revealed the penultimate champion to join the expansion, Soraka from Targon—and she’ll likely try to expand on the healing-based strategy that was teased yesterday.

Soraka is a three-cost champion unit with one power, six health, and a Support ability that has her heal herself and an ally for four during attacks. Soraka reaches her leveled form after you have healed damaged allies four separate times throughout the game. 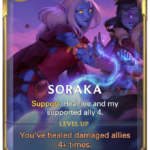 Soraka’s leveled form is also three mana with +1/+1 in stats but with improved healing capabilities. Whenever she supports an ally, she heals both herself and the supported ally to full health. Additionally, the first time each round that she sees you heal an ally, she also draws you one card.

Soraka’s abilities synergize well with Targon as a whole due to the Gem package, which includes cheap healing to friendly units, Guiding Touch, and the recently revealed Star Spring. There are tons of ways to level up Soraka as soon as possible. Star Shepherd was an easy card to ignore in Call of the Mountain, but with Soraka joining the game now, there’s a new breath of life for the unpopular one-drop.

While healing is a weak mechanic on its own, Soraka helps bind it all together when she levels up. After reaching level two, she gives you multiple opportunities to tank hits from early enemy units to protect your Nexus and then get card advantage through her leveled up ability. With all of the drawing you’ll be doing, it’ll be easier to maintain card advantage to develop new boards while finding key healing cards to maintain the advantage.

Outside of Targon, Freljord is a strong partner region due to the number of high-health units and allies with the Regeneration keyword that can assist in leveling up Soraka as soon as possible. In addition, Freljord has the Ember Maiden, which damages your units and gives you a chance to heal them up. This factor is important since overhealing units already at full health doesn’t count toward leveling up Soraka.

When playing Soraka, her main weakness will be spells that one shot your units and surprise combat tricks. Being mindful and knowing which ones to play around at any given moment will give you an advantage in any matchup.

Add Soraka to your champion roster when LoR: Monuments of Power drops on PC and mobile on Oct. 14.